Julia joined Sesame Street as a permanent resident in 2017, making history as the first autistic muppet on the show. She offers autistic children the opportunity to see someone onscreen who has similar sensitivities and characteristics as them.

With the latest statistics from the CDC showing that 1 in 59 children have autism, that representation is important.

Even though autism diagnosis rates have been on the rise over the past couple decades, many parents still aren’t getting their children screened until later in their childhood. Most children aren’t being diagnosed with autism until 4 or 5 years old, and children who are minorities or from lower income families are diagnosed even later.

However, a reliable autism diagnosis can happen when a child is as young as 18 months. 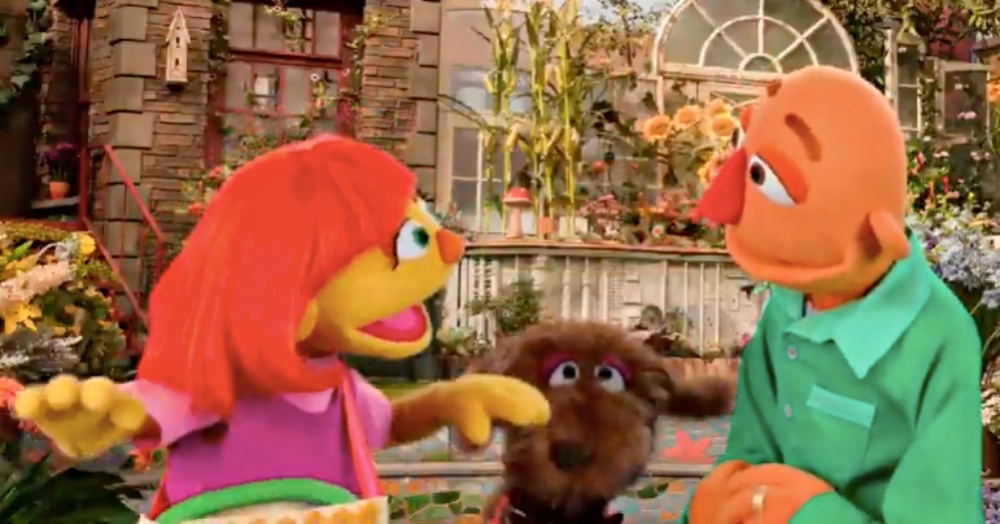 Research from Ad Council found that 66% of parents with kids under the age of 6 don’t have their children screened at all.

Early intervention is so important for giving children with autism the tools they need to be able to navigate the world as best they can. Losing out on years of different therapies due to a late diagnosis can have a lasting impact on their lives. 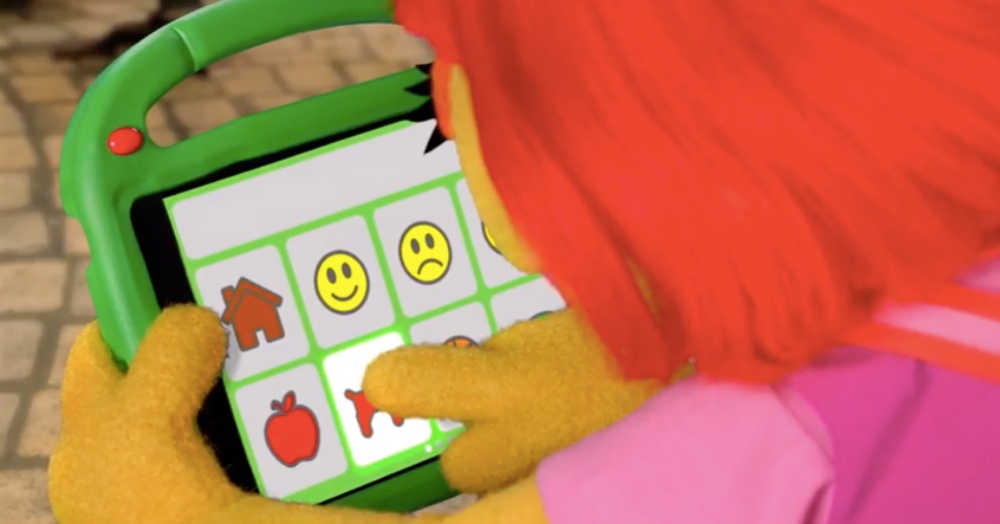 So Ad Council, in partnership with Autism Speaks and Sesame Workshop, decided to work together to raise awareness about early diagnosis using ads to serve as PSAs about the issue. A company called BBDO provided the ads pro bono.

The ads are directed at parents specifically. They feature snippets of Julia’s daily life and show how things can work a little differently for her than for other muppets. The ads end with an encouragement to parents to get their children screened for autism. 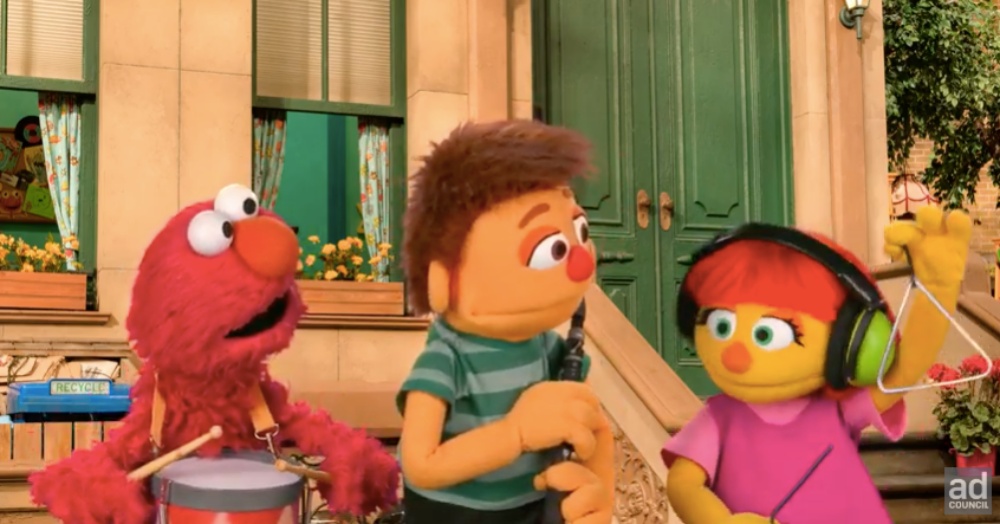 This isn’t the first time that Julia has been in the limelight off of Sesame Street. During the Macy’s Thanksgiving Day Parade, Julia made an appearance on the Sesame Street float along with her other cast-mates. Since Julia has a sensitivity to loud noises — and parades are notoriously intense and over-stimulating — she had a plan in place to help mitigate any sensory overload. She wore headphones to mute the cacophony of noises around her, and also stayed close to her friend, Rosita. Viewers everywhere got to learn a little bit more about autism and sensory sensitivities, and Julia got to be a part of the parade in a way that was comfortable for her.

“With Julia’s autism, loud sounds can be too much, but she still loves to make music,” Sam says.

In another 60-second ad, Julia is flapping her arms excitedly and giggling as her dog, Rose, barks around her in circles. Arm flapping can be a common trait of autistic individuals (though many children do not engage in this behavior, as the spectrum is very wide.) 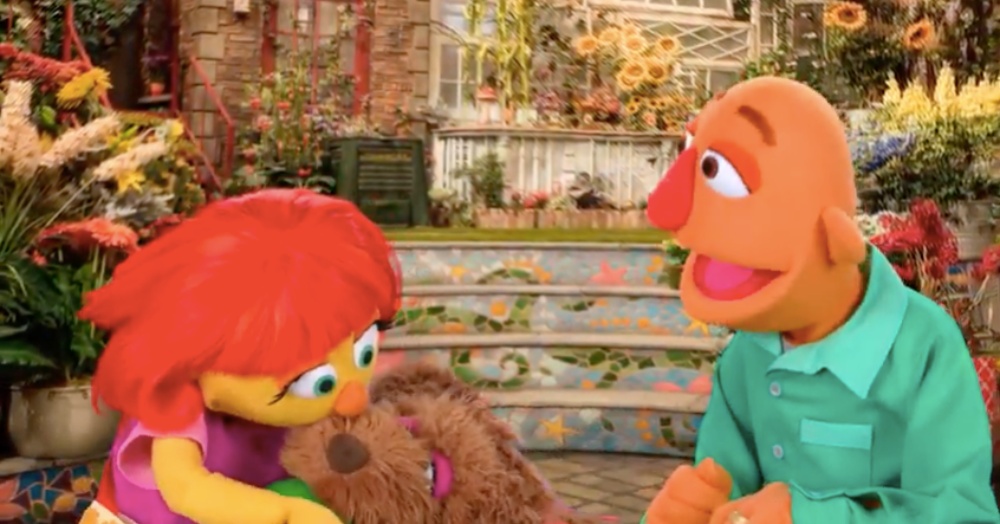 With this device, Julia is able to clearly explain what she wants to do.

“With Julia’s autism, using a talker can help her find the words she wants to say,” her dad says.

Both ads show the full life Julia is living. Early screening and early intervention — as well as supportive family and friends — have had a deep impact on Julia being able to take part in the world around her.

Autistic “Sesame Street” Character Julia Shows Kids How to Hug Someone Who Dislikes Being Touched: Click “Next” below!