Many people on the autism spectrum who have sensory sensitivities dislike certain types of physical touch, such as hugging. They may have an aversion to the tight feeling of arms around their body, or they may just not like having someone else’s face and body so close to theirs. It’s totally okay not to like hugs, but people who do like hugs sometimes don’t understand the aversion to it and may struggle to find a way to express their feelings of affection or empathy.

Luckily, Sesame Street is here to help. The show has always worked hard to teach kids about diversity, and now they’re working on displaying autism in an easy-to-understand way. In an effort to normalize autistic behaviors and teach kids more about neurodiversity and the autism spectrum, they developed an autistic character named Julia a few years ago. The four-year-old made her debut in 2015 as part of the website’s digital storybook but didn’t have a permanent place on the show until April of 2017, when she was added to the cast list in celebration of Autism Awareness Month. 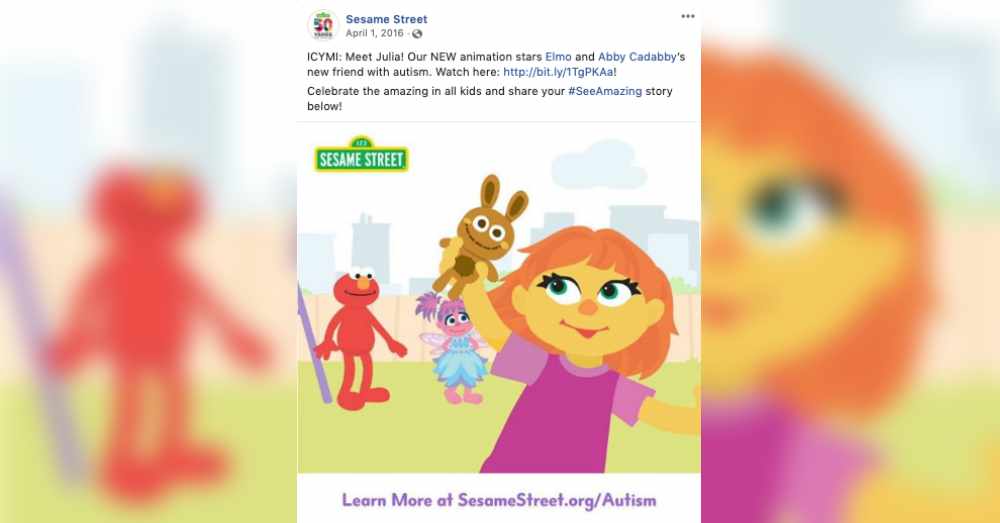 Now Julia is a beloved Muppet with a full family—an art teacher mother named Elena, a saxophone-playing father named Daniel, a protective older brother called Sam, and a service dog named Rose. Her appearances on the show often involve a teaching moment where another character doesn’t understand why she’s acting differently than other kids, but one of her friends or family members happily explains.

In a recent Sesame Street episode, Julia’s brother, Sam, tells Abby about how Julia doesn’t like the feeling of normal hugs but offers him starfish hugs instead when he’s sad. Julia and Sam demonstrate their starfish hug, which involves stretching their arms out to the sides and locking hands with the other person, and then Julia gives Abby a starfish hug too. What a cool way to show you care without giving an actual hug! 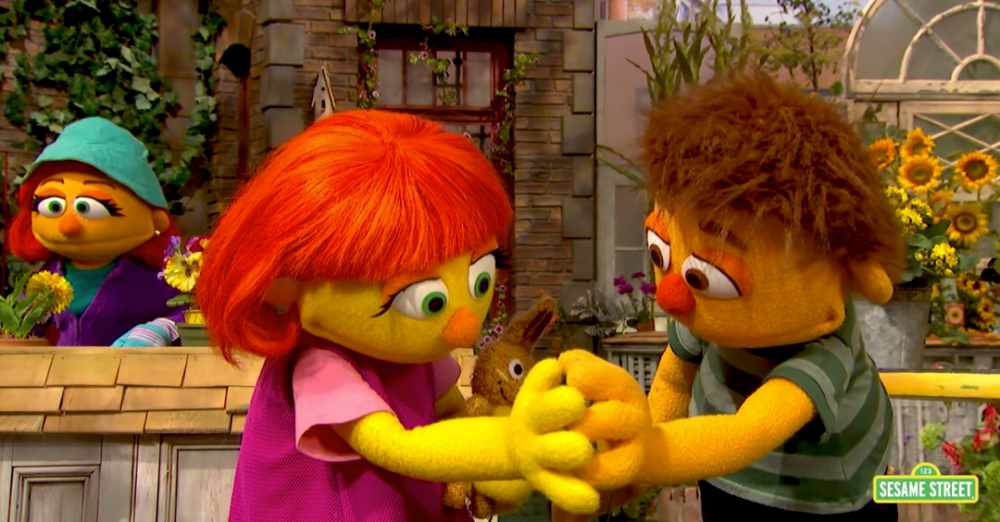 Abby loves the idea of alternative hugs and suggests they could come up with other types of hugs too. She makes up the fairy hug on the spot, which is performed by flapping your “wings” (hands) lightly against the other person’s. 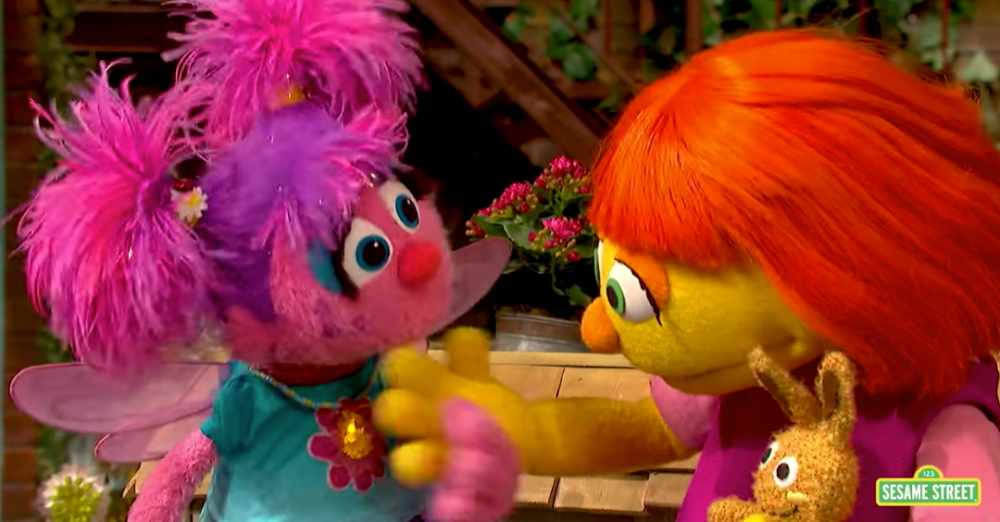 These alternative versions of hugs are great ways for people who don’t like close physical contact to show that they care for another person, or vice versa. And they’re easy for kids to understand, as well as fun, which facilitates their transition to real-world situations.

Julia has also been featured on Sesame Street this year getting her first haircut, blowing bubbles with her friend Abby, teaching kids different ways to say hello, and participating in other activities that celebrate her differences. But her most important role is to show the world how much people with autism and their families have in common with everyone else. 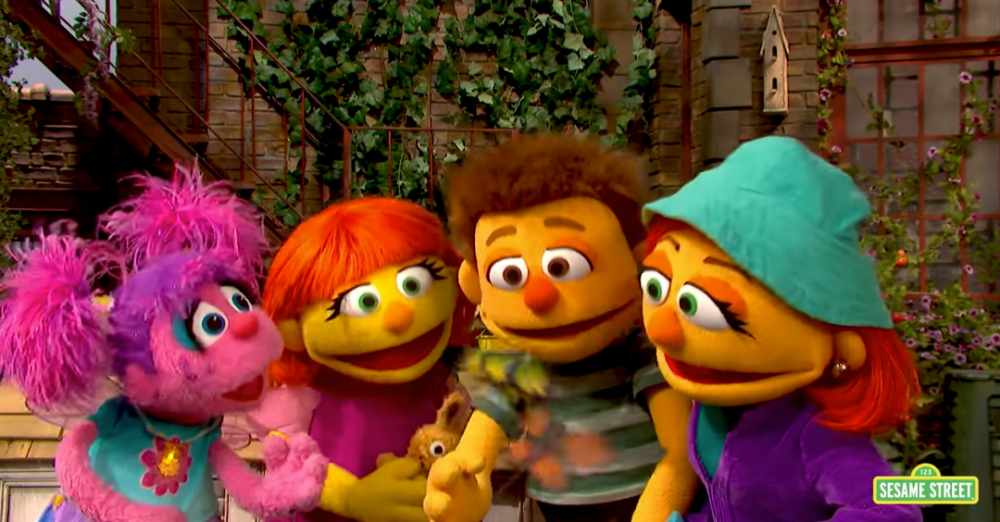 “Children with autism often face unique challenges, as do their parents and siblings,” says Sherrie Westin, President of Global Impact and Philanthropy. “But every family faces challenges of some sort, which is why we are focusing on what all families have in common. In a family, everyone has different roles, challenges, and strengths, and everyone can learn from one another.”

We’re so happy that Sesame Street is teaching young kids about autism so that they can grow up to be thoughtful adults who are okay with neurodiversity and come up with creative solutions to issues like the hug conundrum.

Check out the video below to see the starfish hug and the fairy hug, as well as a butterfly hug!