26-year-old James Pinchbeck has autism and has dealt with severe depression and suicidal thoughts for the past eight years. He’s been nearly housebound for most of his life due to social anxiety. (NOTE: quotes have been edited for clarity).

“Last night (16th & 17th of Sept.) between 11 pm and midnight, our son James’s world was shattered,” James’s parents, Owen and Jayne Pinchbeck posted on Facebook. “His bike was stolen from outside our house after he left it for 30 minutes (locked) while he charged his phone.”

The post included a photograph of the motorcycle, which was found the day after it was stolen near the family’s home in Redcar, burned far beyond repair. The statement also explained about James’s autism and depression and how riding his motorcycle has contributed positively to his mental health since he got a license to drive it two months ago. 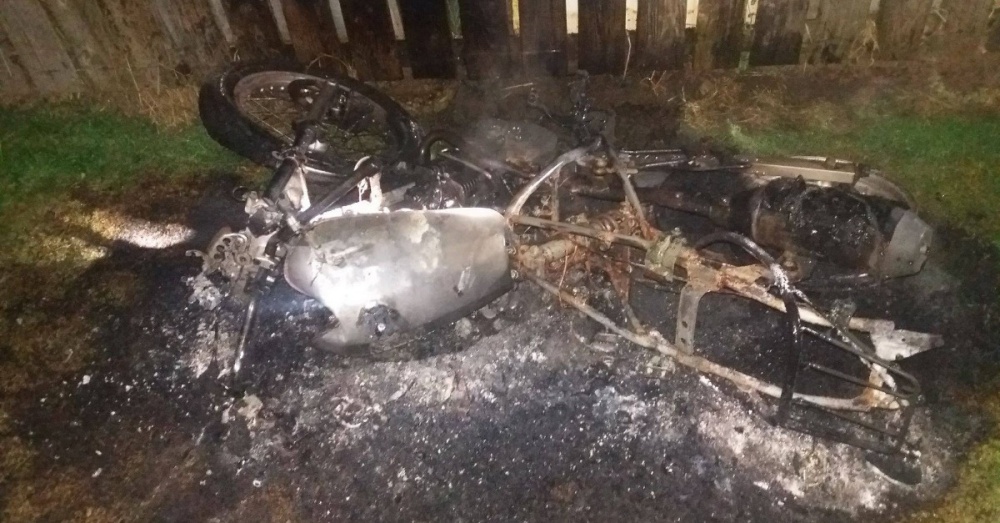 “He puts on the helmet and no longer feels like he has autism,” the post read. “No longer worried about what people think, just another person on the road, for once in his life he doesn’t feel as though he stands out.”

Since his bike was stolen and burnt, James has been left feeling absolutely crushed by the cruel act, and his family is downright enraged, saying the perpetrator has no idea what effect their actions have had on James.

“To the people who stole this from him last night, you didn’t just steal his bike,” James’s parents wrote. “You stole his freedom. You stole his ability to get out and become a normal person, his confidence and independence. He has no idea what he is going to do now. He feels broken, beaten and lost. YOU have ‘broken’ my son.”

The motorcycle was insured, but the Pinchbecks claim they will not have enough money to buy a new motorcycle after the insurance policy is paid. They have created a GoFundMe page to help their son recoup his losses and be able to purchase another bike. Every gift is appreciated, no matter how small.

Thankfully, there are still good people left in the world, people who want everyone to feel loved and supported. In less than a week, more than £700 have been raised toward the £2,000 goal that would enable James to purchase a new motorcycle. With any luck, he’ll be back on a bike in no time!

Share this page to help James return to doing what he loves most!

Chance The Service Dog Kept Boy With Autism Safe, Until Dog Suspiciously Disappeared: Click “Next” below!