After Neighbor Refers to Her Nonverbal Son as “It” in a Scathing Letter, Mom Writes Back on Facebook

Jessica Green’s three-year-old son, Henry, is autistic and non-verbal. Henry loves playing in the family’s garden, and he often makes noises to communicate his enjoyment of the outdoors. His family encourages him to express himself in every way he knows how, and it hasn’t been a problem until now.

Mrs. Green received an anonymous letter claiming to be from “the residents and neighbours in the local area.” The letter complained that the family’s neighbors were “sick to death” of hearing “it” screaming while playing outdoors. 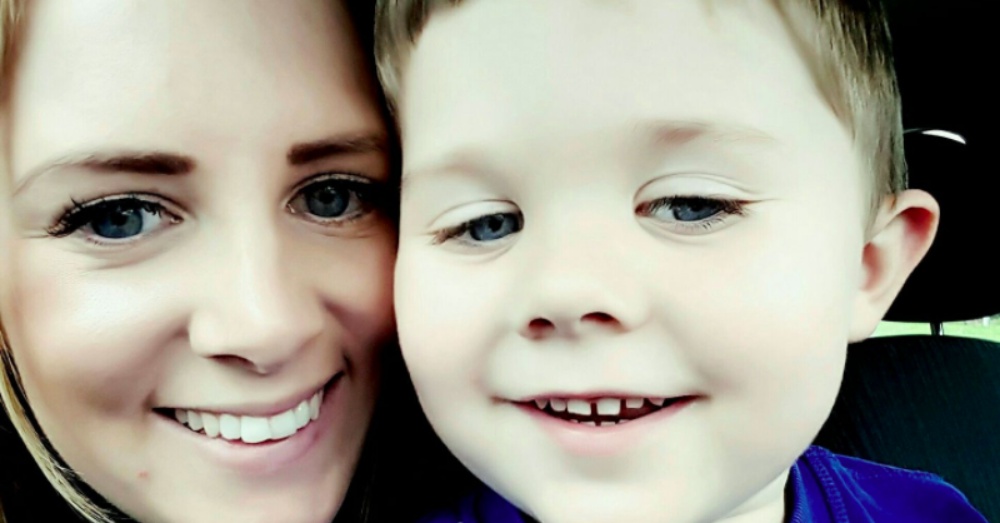 The full letter reads as follows:

Can the parent responsibly (sic) for the screechy, screaming child, who screams continually while it is playing outside be advised that the rest of the residents in Fishers Road are sick to death of hearing your child scream continuously.

It gets on everyone’s nerves and there is no need of it. To allow your child to do that is selfish. It has got to the point now that the screeches can be heard right up in gardens on Station Road houses too. Everyone is talking about it and beginning to wonder if the child is actually neglected, as no one in their right mind would allow their child to scream all the time without doing something about it.

Unless you take action and address the child’s continually (sic) screaming, a group of us will be talking to Tenant Services at Stroud Council and making a noise complaint against you, as this is now a anti-social issue (sic). It’s up to you.

People can no longer sit out in their garden to enjoy the weather because all we hear is your child shrieking from across the street.

We put up with it last year, all through the summer and hoped your child would have grown out of screaming but it seems not as it still does it all day every day and louder and shriller than before.

Please take this as it is intended and act before we have to report you to Tenant Services and Social Services.

From the residents and neighbours in the local area 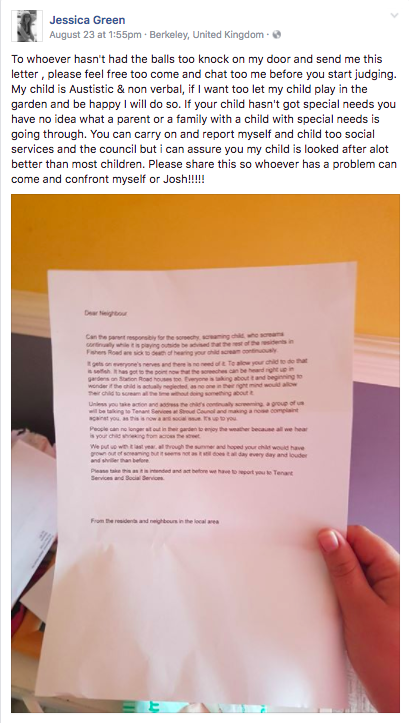 Shocked, Mrs. Green turned to other neighbors, friends, and family, and found a great deal of support from them, suggesting that it was really just one neighbor or a small group of them who had a problem with her son. Unable to find the anonymous author of the letter, she went to Facebook to spread this powerful message about her son and about autism. 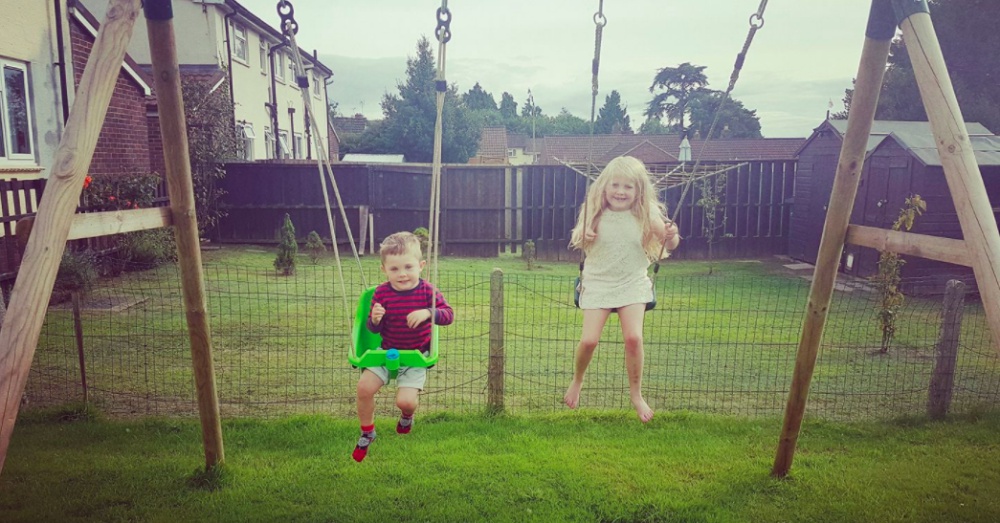 Dear disgruntled residents and neighbours in the local area,

Further to the letter you kindly posted to me, bringing to my attention the fact that my child has been outside enjoying a few hours of sunshine amongst our great British summer.

I would like to address a couple of your points you have made:

Firstly, the “it” you are referring to is my 3 year old son Henry who has autism, and he is non-verbal. He uses high pitch noises to express himself and how he is feeling; be this happy, excited or sad. It seems that even with the ever-increasing knowledge, awareness and diagnosis of all disabilities, including autism, that some people still seem to remain so ignorant in regards to their fellow human beings. Your letter shows a selfish, narrow minded and uneducated view on what is my son enjoying a couple of hours (well supervised) outside in our garden. As far as I am concerned, every person has a right to a voice and to be heard, and for Henry he has his own unique way of doing this.

Secondly, I notice that you have written this letter on behalf of the residents in Fishers Road and the neighbours in the local area. Since publicly sharing your letter on social media, I have received hundreds of supportive messages from not only neighbours and residents in the local area but from people across the county, which would suggest that the views expressed in your letter do not truly represent the thoughts of those to which it intended from.

In regards to your concern about my parenting capacity and your concerns of neglect, and your threat of involving social services, I would like to wholly reassure you that both Henry and my daughter Halle (who is not autistic) couldn’t be more loved and cared for and catered to in every single way.

It is unfortunate that as my neighbour, you deemed it more appropriate to write an anonymous letter to me, rather than approaching me directly to discuss the matter like a human being. I would have been more than happy to discuss Henry, and what autism means in regards to him and my family.

As a family trying to do our best by our children, receiving such a vicious and blinkered letter was both hurtful and it’s worse still that it was written by my “neighbours.” I have taken the letter as it was intended, as a form of bullying and of a threatening nature.

Around 700,000 people in the UK are living with autism, which translates to around 1 in 100 people. Autistic people may not ‘look’ disabled and many people may think that a child with autism is being naughty. Whilst your letter has been hurtful, it has given me a platform to raise awareness for the condition. Autistic people and their family, friends and carers need support and understanding. They have more than enough to deal with in their everyday lives without, having to worry about the judgmental opinions of others.

Autism is a lifelong condition and it cannot be cured. This means unfortunately that Henry will not grow out of it by next summer, or the summer after that. He will continue to enjoy our garden, and as a family we will continue to encourage him to express himself in all of the ways he is able to.

Please take this letter as it is intended; to raise awareness and promote understanding and acceptance of people that are different to ourselves. 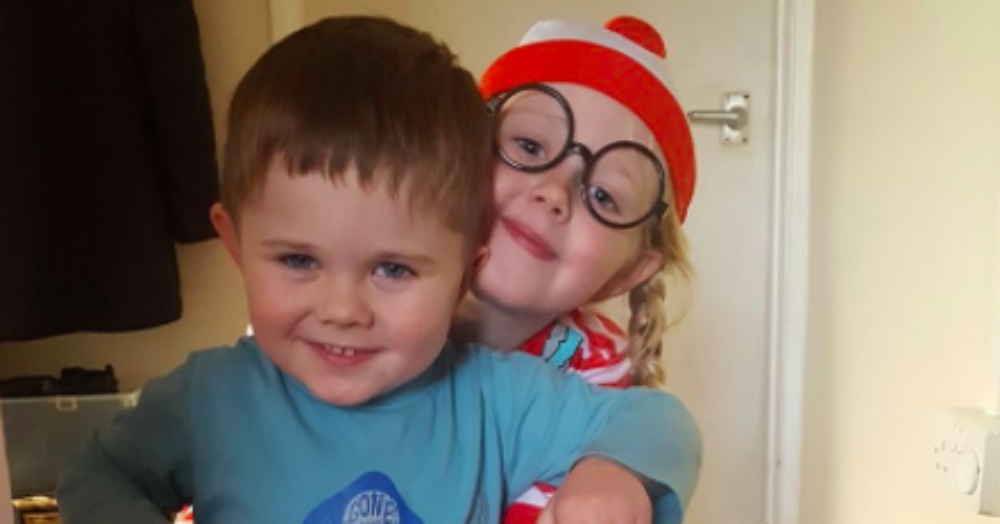 Mrs. Green’s courage in standing up for her son is admirable, and we’re so happy there are so many supportive people in the area to remind her and her family that her letter-writing neighbor is one of a small minority. 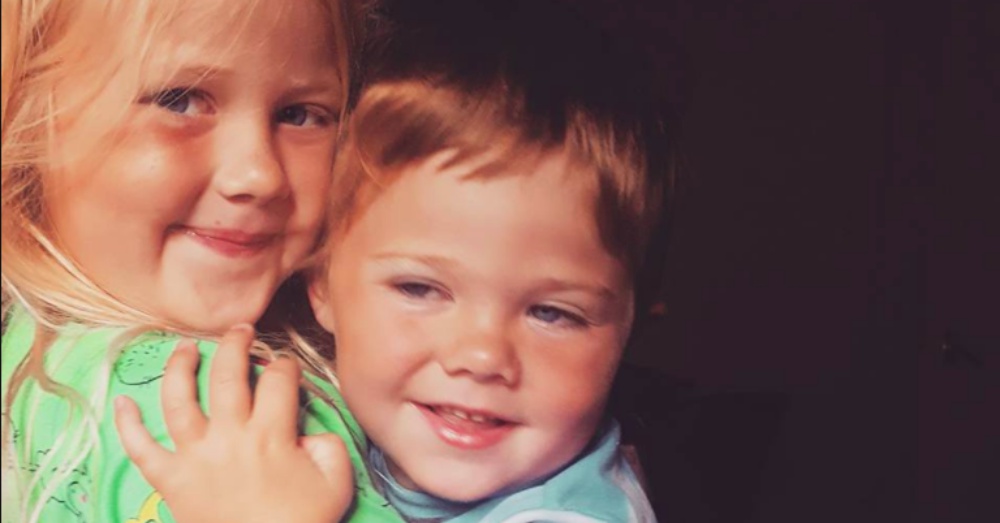 Thank you, Mrs. Green, for using this opportunity to speak up for people everywhere with autism and increase awareness. It’s obvious that Henry is well-loved; you’re doing a fantastic job!