This Future Autism Service Dog Is Being Trained by an Entire Hockey Team!

Yes, you read that right. The entire New York Rangers hockey team has adopted a yellow labrador retriever named Ranger with the goal of teaching him to be an autism service animal. Their goal is to provide help and companionship to a child with autism while simultaneously raising awareness and acceptance for the disorder.

Ranger was provided by BluePath, a non-profit organization that pairs autistic children with service dogs to give them companionship and safety, as well as offer a chance to develop new skills and independence. BluePath “bleeds blue,” just like the Rangers claim to, making this a perfect match. Ranger’s very first collar was even blue! 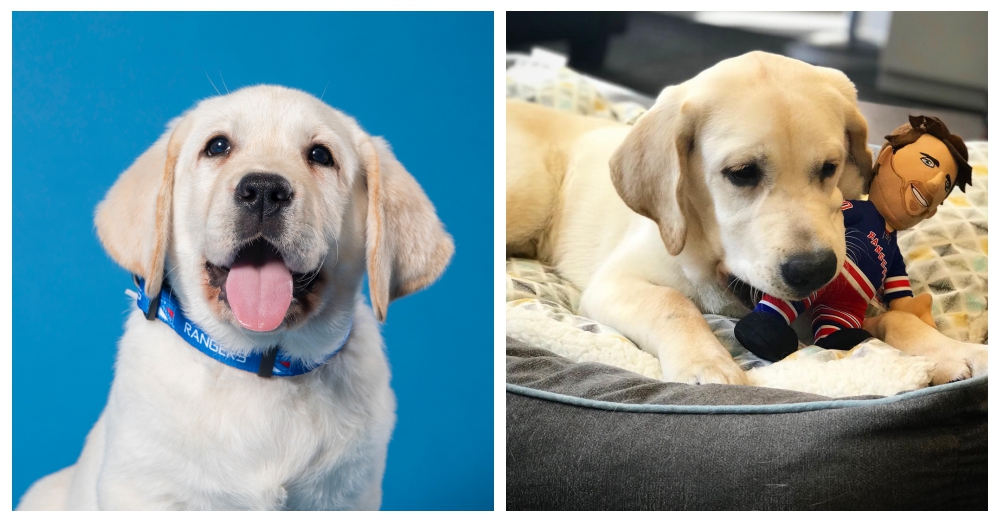 Ranger was “drafted” in April of 2018, when he was just over two months old, and he will be training with the team for a year before he’ll be able to be partnered with a child with autism.

“We are so excited to partner with the New York Rangers to raise understanding and awareness for autism and of the importance of service dogs in the world,” said Michelle Brier, vice president of marketing and development at BluePath. 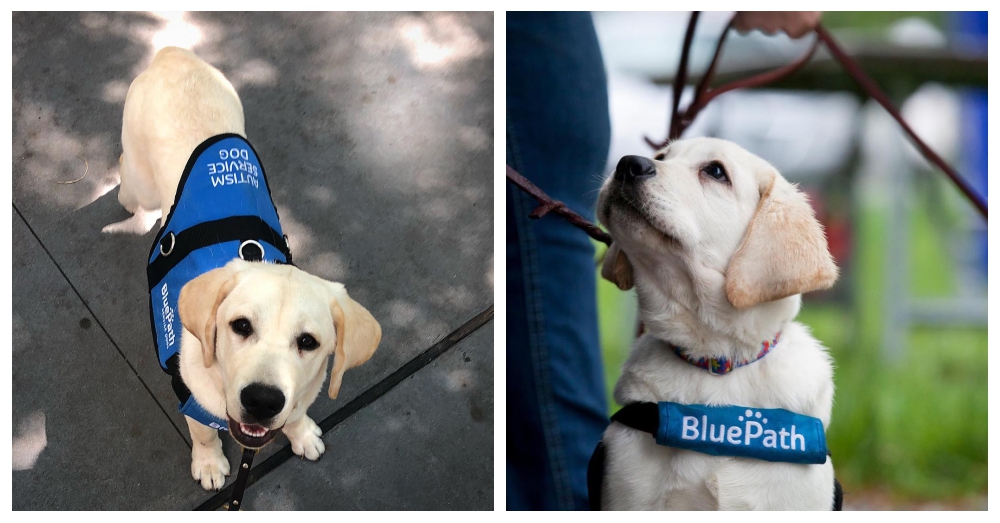 During his time with the Rangers, Ranger will go with his primary handler, Saxon Easton, to Madison Square Garden every day and will regularly attend the team’s practices and games. 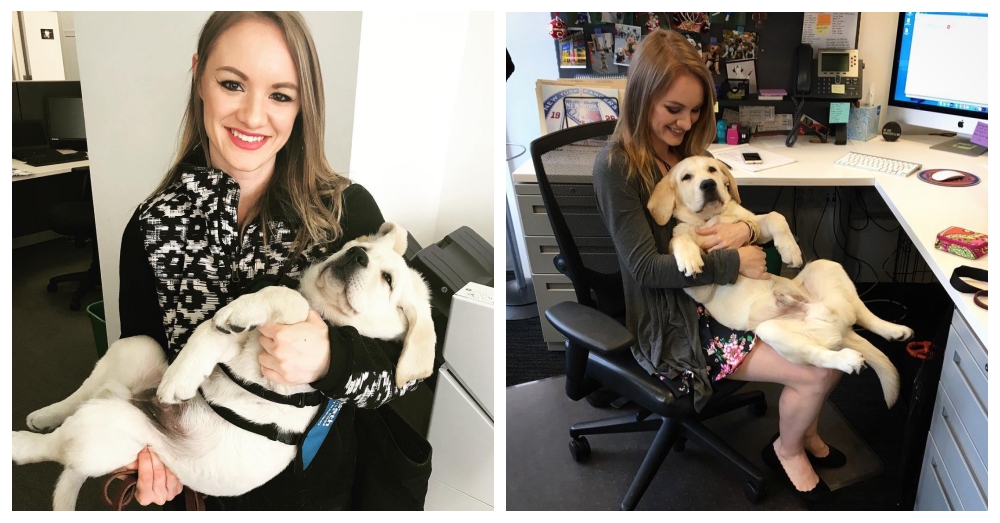 The entire National Hockey League team has welcomed Ranger with open arms. Adam Graves, a former left wing, officially introduced the puppy in an Instagram story on Wednesday, August 8th, and the players lovingly refer to him as “Rangy” or “Meatball.” He’s already considered one of their most valuable players, despite being a little less than stable on the ice. 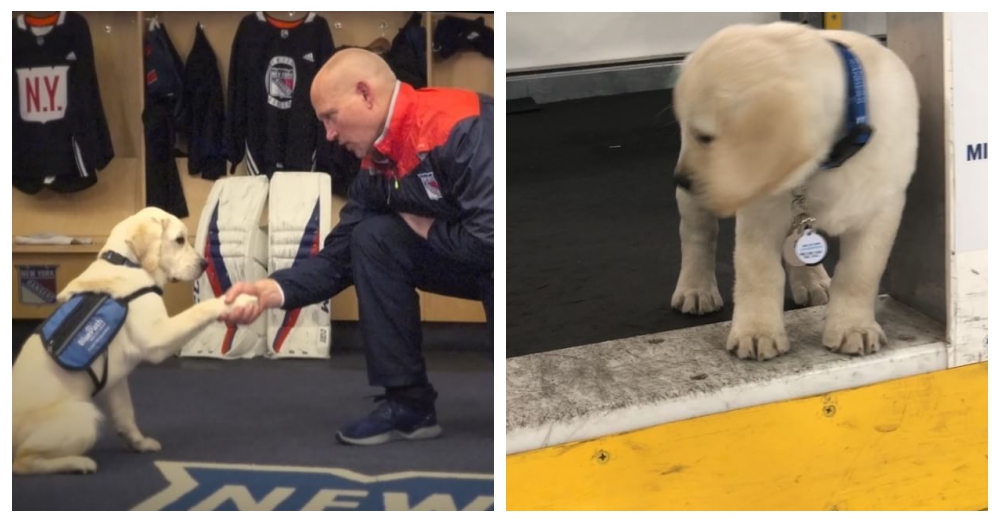 “Might be my new favorite teammate!” tweeted Kevin Shattenkirk. “Welcome to the team, Ranger!”

The pup hasn’t been on this team for long, but he’s already one of the most valuable players and has a handsome following on social media. He even shared his “barkground” information in a post featuring a photo in which he wore his official Rangers uniform: 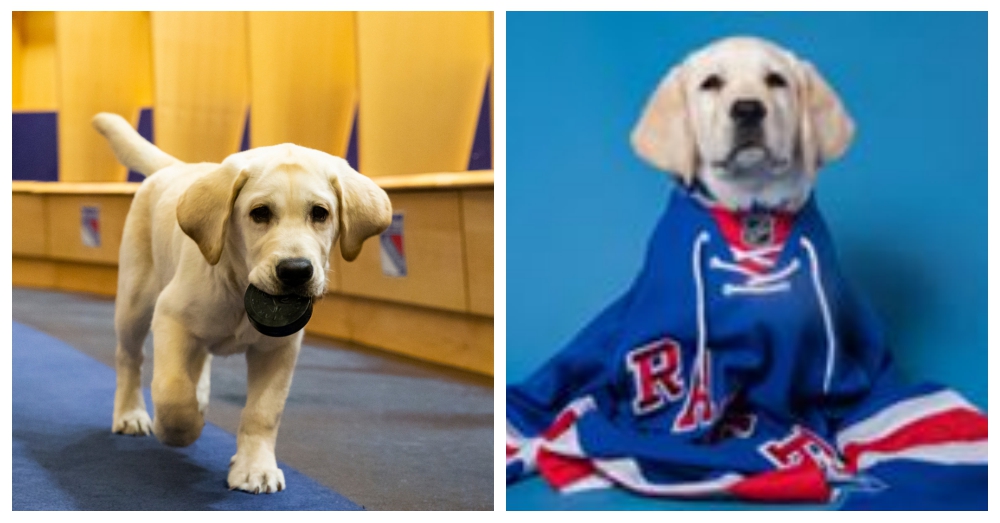 And the team included an extra list of “fun facts” about Ranger on a special website, created just for him: 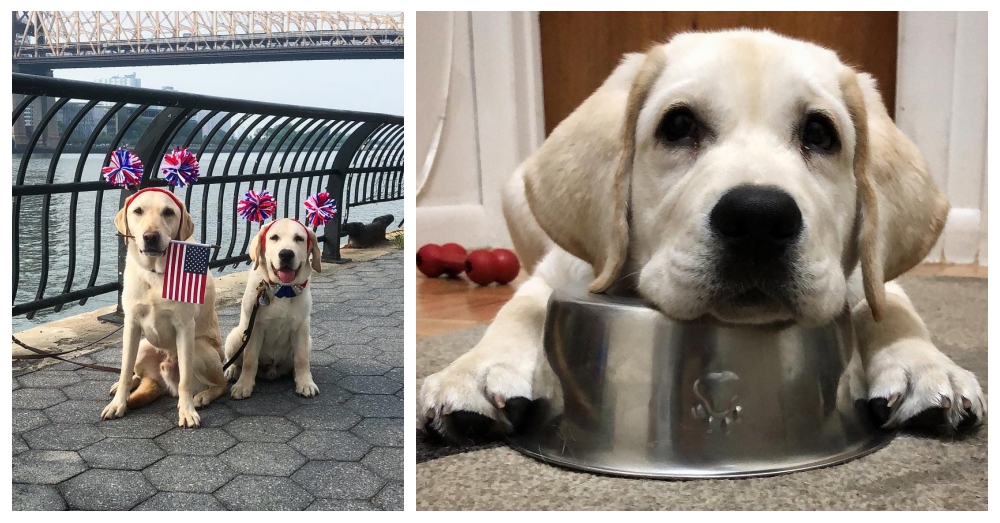 In his spare time, Ranger enjoys exploring Manhattan, playing with his “brother” (Vincent, a pet labrador), and eating kibble. We can’t wait to see the amazing things this pup accomplishes for autism awareness with his new team!