8-year-old Henry was born in China and adopted by Aimee and Peter Karpien when he was 18 months old. He has autism and apraxia of speech, so he often has trouble getting people to understand what he’s trying to get across.

“He knows what he wants to say,” Aimee says, “but he can’t always get the words out. And, when he does, his articulation is unclear. Peter and I and our friends and family see what a special kid he is, but a lot of others don’t. You know that hurts; he’s such a great little kid.”

But when the family moved to the outskirts of Rochester, Henry met an awesome new neighbor, a retired physician named Bob Dale, who understood Henry from the very beginning and changed his life for the better. 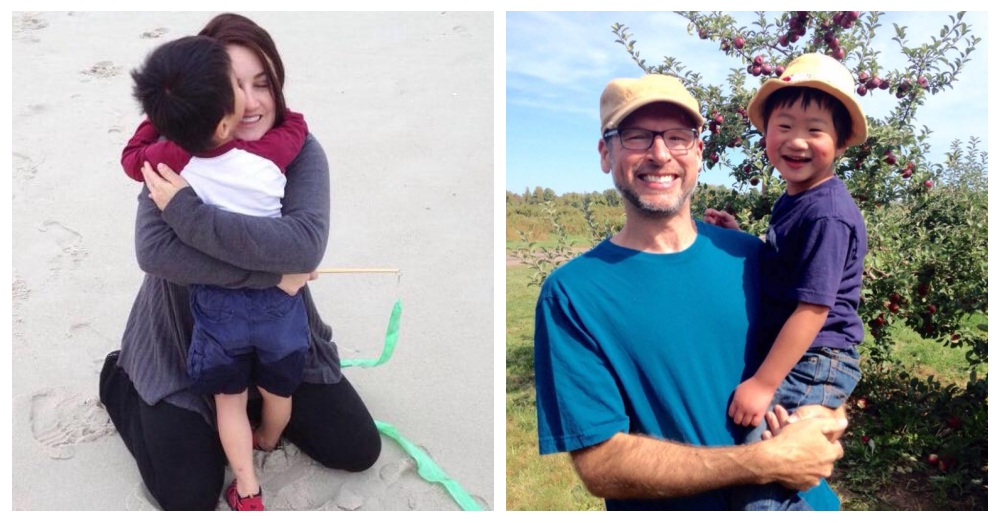 Henry was originally drawn to “Mr. Bob” because of the garbage bin the elderly man toted to the curb every Monday night. Henry began helping him take out the trash bin, as well as the recycling bin, and quickly got to the point where he would run over to meet Bob whenever he saw him outside.

“It was incredibly meaningful to me to have a stranger reach out and want to make a connection to a child. He invited Henry to help him,” Aimee says. “Henry would grab Bob’s hand and they would walk together. It was special. Bob always had something kind to say to Henry. I can’t tell you what it meant to me to have someone take Henry under his wing. I miss Bob’s spirit. He infused the street with his warmth.” 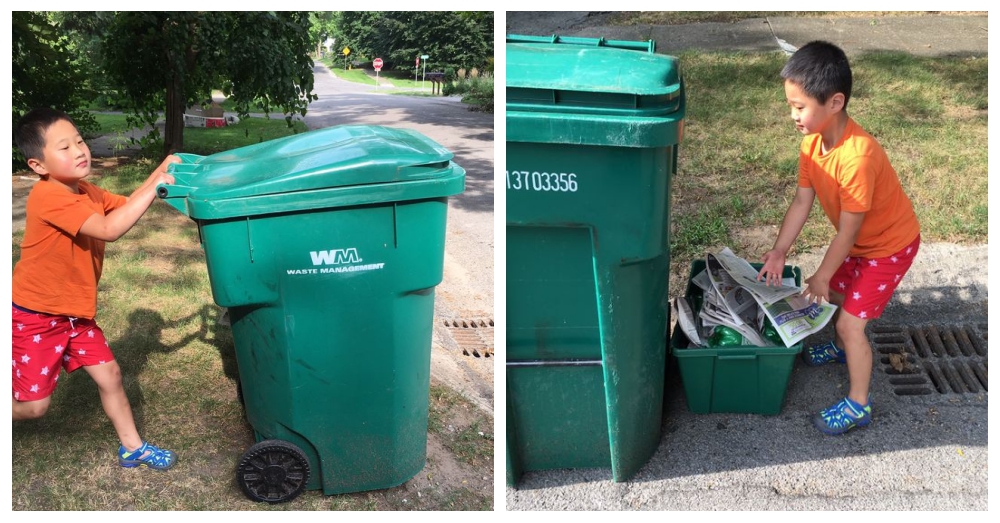 When Bob passed away due to cardiac failure at the age of 74, the Karpien’s had the difficult job of explaining his death to Henry. And while the boy was visibly upset by the news, he didn’t stop going to Mr. Bob’s house for his regular weekly chore of taking out the trash. 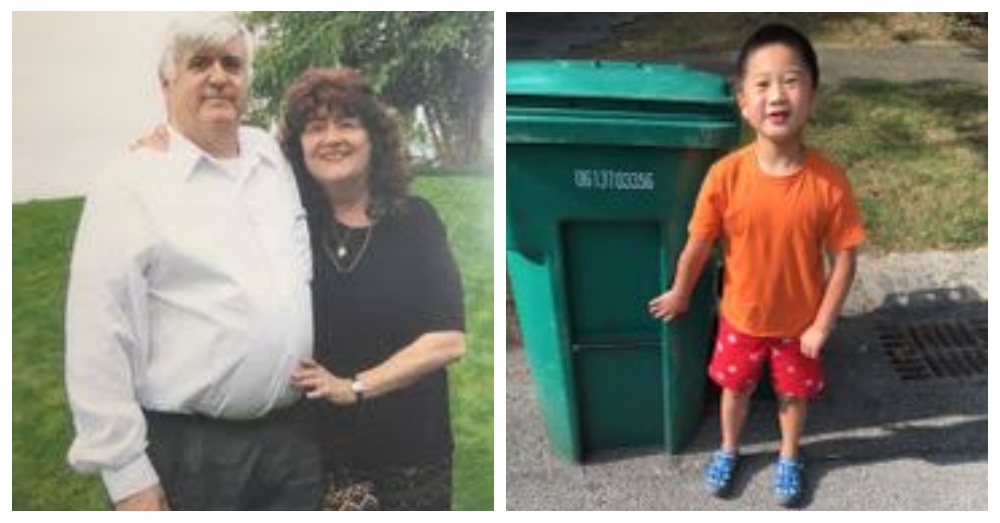 What Henry probably didn’t know, however, is just how much of a help he was being to Mr. Bob’s widow, Joann. After her husband’s death, she was overcome by grief and found herself barely able to leave the house some days. Taking the trash to the curb and bringing the bin back to the house was one less thing she had to worry about during a very difficult time in her life. 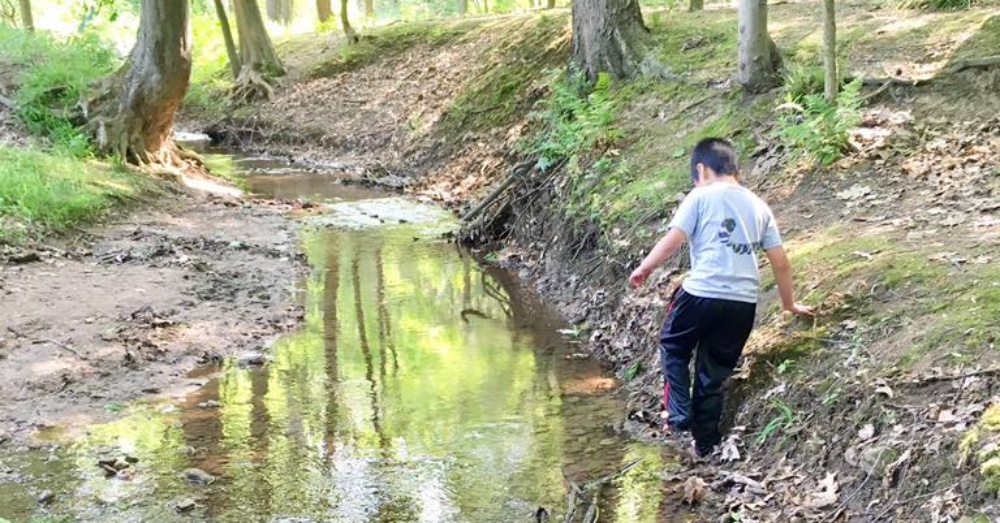 “What Henry does is a small favor, but it is greatly appreciated by me and reflects the small-town flavor of our Brighton neighborhood,” Joann wrote. “It makes me happy to see he cares.”

And Henry still does this job for Joann when he’s needed. She doesn’t even have to ask him to, because he’s always vigilant, always watching to see whether it’s been done or not. 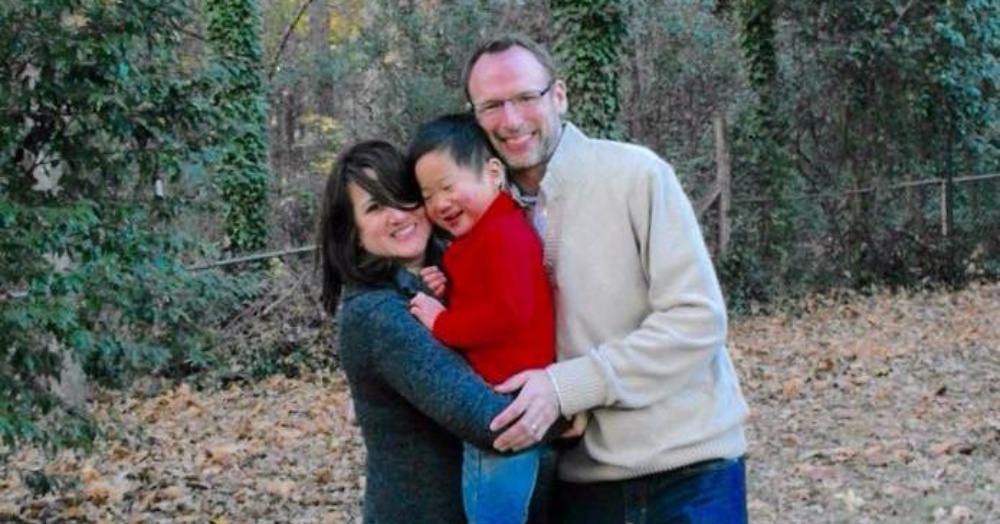 “If they aren’t out on collection day, he takes them out,” Joann says. “If I have neglected to retrieve them, Henry will collect them and bring them up to the house.”

Thank you, Henry, for your beautiful act of kindness. And thank you, Bob, for your patience and understanding with a little boy who needed to feel accepted. May you rest in peace.

Boy’s Fascination with Garbage Trucks Led to Something He Never Expected: Click “Next” below!