Hayden Geraghty is a 9-year-old boy from Northern Ireland who is obsessed with space. He also happens to be on the autism spectrum and was nonverbal until about four years ago, when he finally started to be able to speak in full sentences, using space-related TV programs to motivate him. One of the first times he spoke, for example, was when he watched Tim Peake go to the International Space Centre in December 2015. His mom, Caroline Geraghty, remembers hearing him shout, “10, 9, 8, 7, 6, 5, 4, 3, 2, 1…. blast off!” at the television.

That moment triggered a rapid increase in Hayden’s language skills, and he was soon speaking in full sentences more regularly instead of using the combination of signs, symbols, and sounds called Makaton he was taught in school to help him communicate. And he hasn’t stopped talking since. 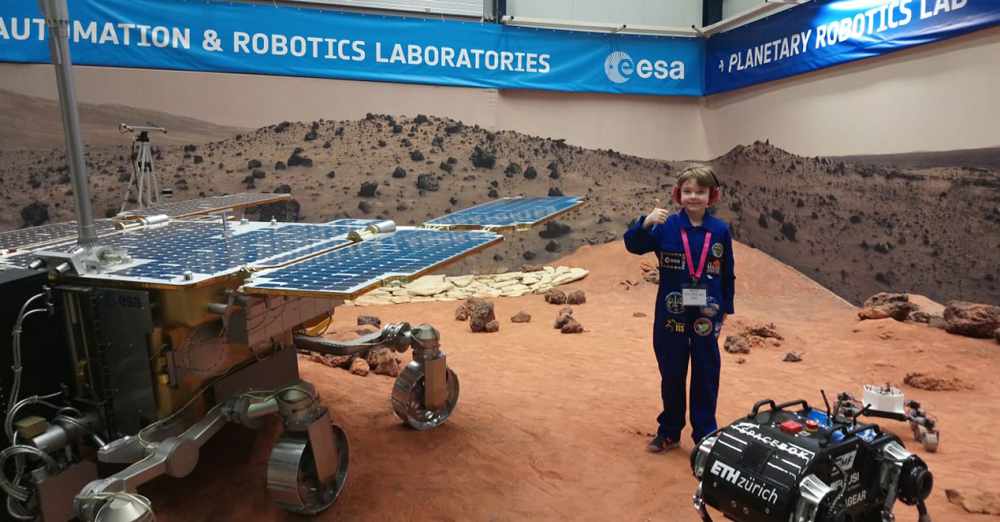 Hayden also happens to be a talented artist, and when his mom sent one of his paintings (of Mars, of course) to Dr. Niamh Shaw, the astronaut was so impressed with his work that she reached out to Lottie Dolls, a toy company, to tell them about Hayden. Lottie Dolls, in turn, sent three of their dolls to Hayden as a congratulations for his accomplishments. But Hayden noticed that there was not a doll like him among the bunch. 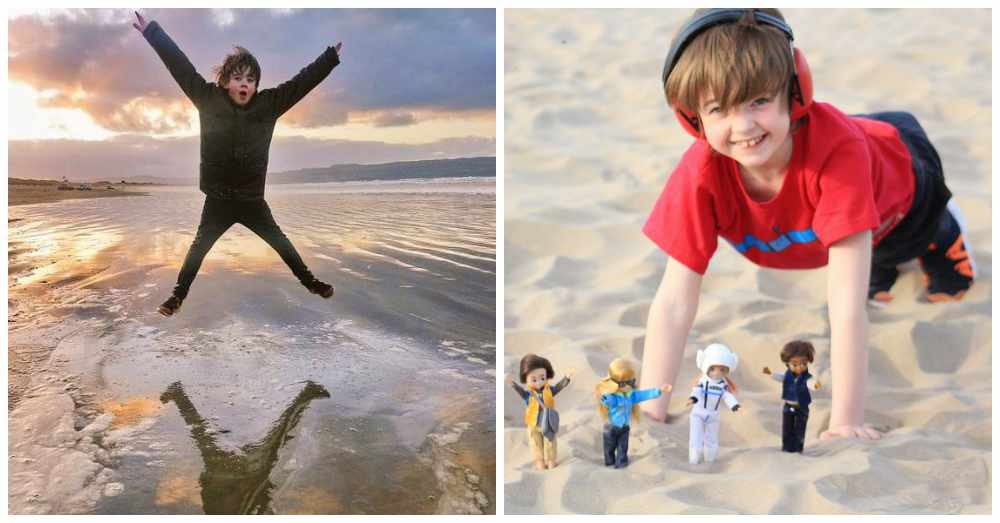 “He was just transfixed by these dolls and his imagination would run away with him,” remembers Caroline. “When he read the leaflets, he turned to me and said ‘I’d love to have one like me.'”

So, naturally, Hayden wrote a letter to Ian Harkin, the CEO of the company, informing him of what he was missing by not featuring a doll on the autistic spectrum. Harkin agreed, and in February of 2018, Hayden and Caroline met with him to discuss what the new doll should be like. Seven months later, the “mini-Hayden” doll, officially called “Finn Boy Doll,” hit the market. 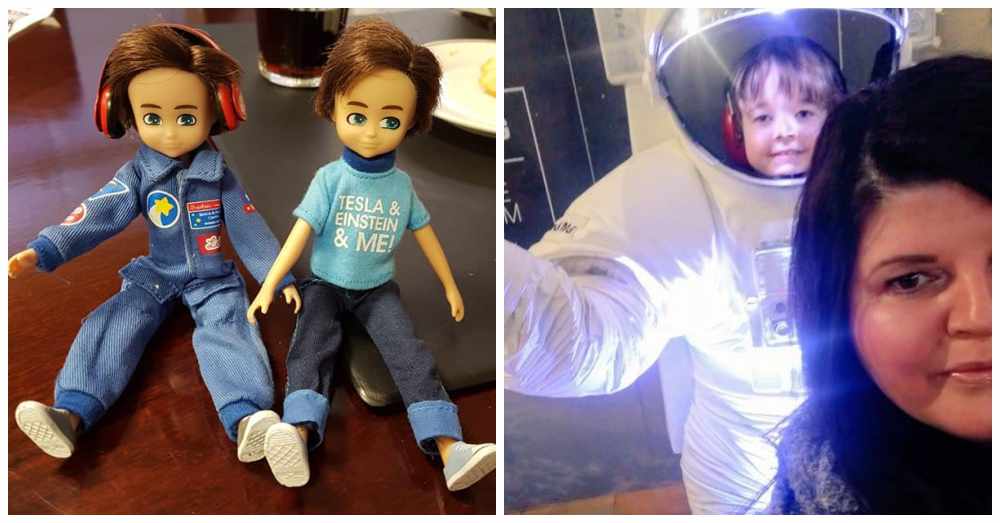 The company’s goal was for the doll not to look autistic at first, because people with autism can and do look just like everyone else. But upon purchasing and opening the doll’s box and reading the leaflet, children will learn more about autism, become more empathetic, and diversify their play.

“We want kids to buy it first and foremost because it is a cool doll and they later discover inside the box that he has ear defenders (not headphones) a dog (which happens to be a service dog), communication cards and a pair of sunglasses because of light sensitivity,” says Harkin. 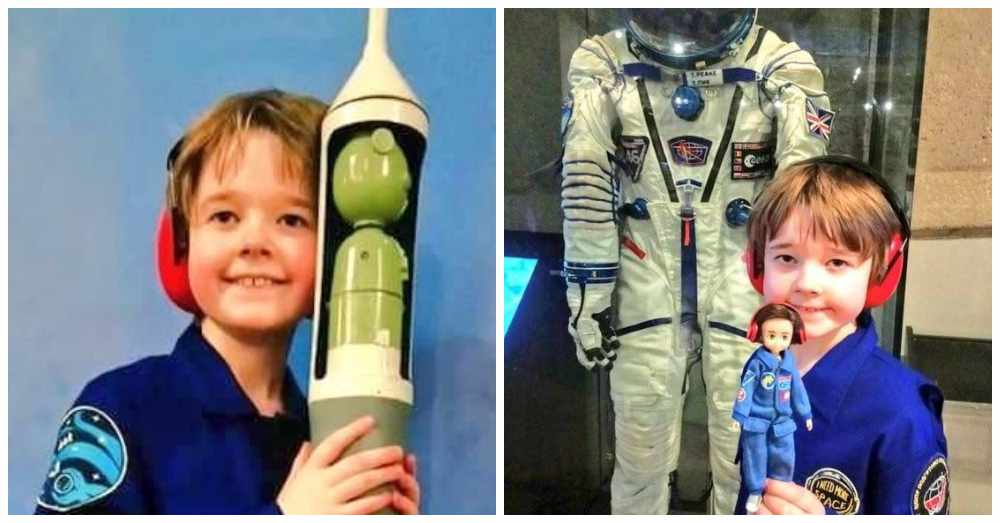 The doll also sports a haircut similar to Hayden’s and a shirt that says, “Tesla & Einstein & Me.” The company’s hope is that the doll, which will soon be available in 30 countries, will open children’s minds not only to the beauty of neurological diversity but also to the excitement of science and other STEM subjects.

“By playing with a diverse set of doll kids develop empathy and understanding of kids with disabilities, and it normalises behaviour,” says Harkin. “We want all kids to have a diverse toy box; as much as it’s important for kids to see dolls that look just like them, it’s important for other kids to learn about empathy.” 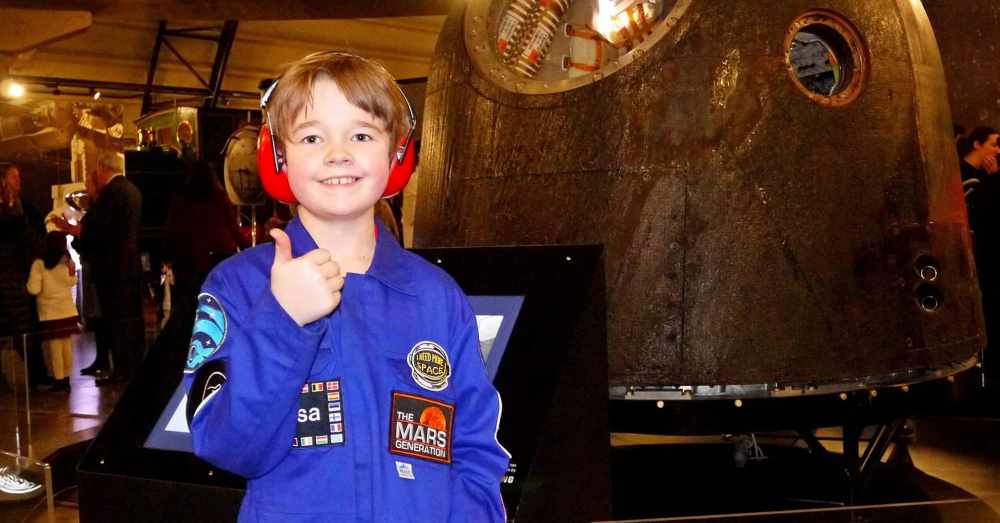 In October of 2018, Hayden had the chance to go to the European Space Agency. He and his mom brought six of the dolls with them to hand out to other kids, but Hayden insisted that Tim Peake needed to get one of them too. Caroline knew Tim was a busy man and wasn’t likely to write a response to Hayden’s kind gesture, but she was surprised when a note came a couple of months later:

The doll, however, is far from Hayden’s last accomplishment. In January, he earned the title of Planetary Defence Ambassador after attending Nasa’s Human Exploration Research Analog and astounding the astronauts with his space knowledge. He is also now the youngest member of the Irish Astronomical Association and has a monthly column in Astronomy Ireland Magazine. His next goal is to get the world’s first autistic doll into outer space.

Mom of a Child on the Spectrum Captures Beautiful Portraits for Autism Families: Click “Next” below!