Halloween is a fun holiday for kids and adults alike. The parties, the costumes, the scary movie marathons, the excuse to binge on candy…it’s no wonder many people love it so much.

But for one 17-year-old girl on the autism spectrum, this Halloween turned out to be a disappointment.

Dressed as Sally from The Nightmare Before Christmas, Trina Burnett was super excited to go out trick-or-treating with her siblings, but things took a turn for the worse when people closed their doors on her, saying that she was “too old” to be trick-or-treating.

Rather than coming home with a big smile on her face—as she should have—Trina came home in tears.

“It was sad for me as a parent to see that happen to them,” said Trina’s mom, Tara Burnett. 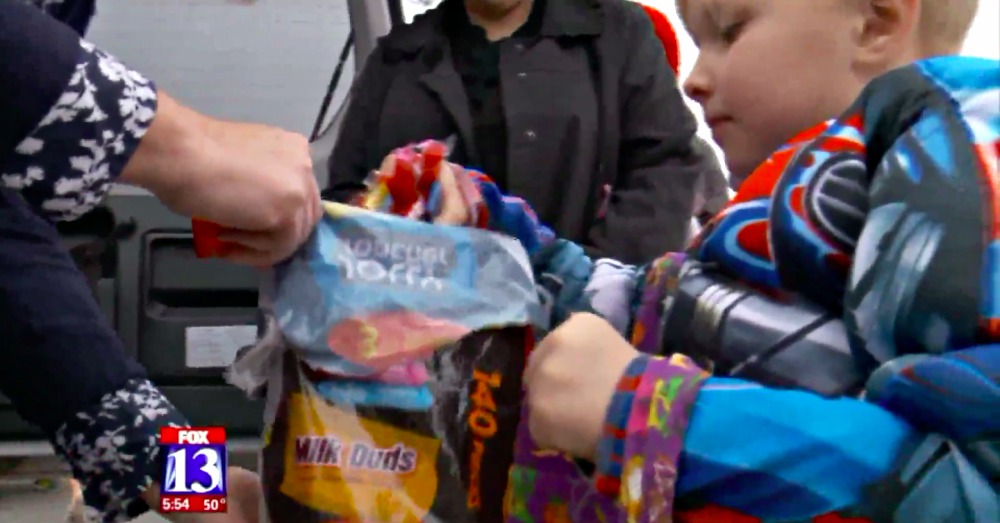 Still, Trina tried to stay positive in the face of it all. “Some people just had some bit of misunderstanding, which is fine,” she said.

But when one of Trina’s siblings posted about the experience on Facebook, one stranger in particular, Heather Chadwick, did not think it was fine. And she was determined to help make things right.

“I have a little cousin that’s special needs as well and I lived with her for a long time, and they have a really special place in my heart, so I was like, ‘Well she needs a redo!’” Chadwick said. 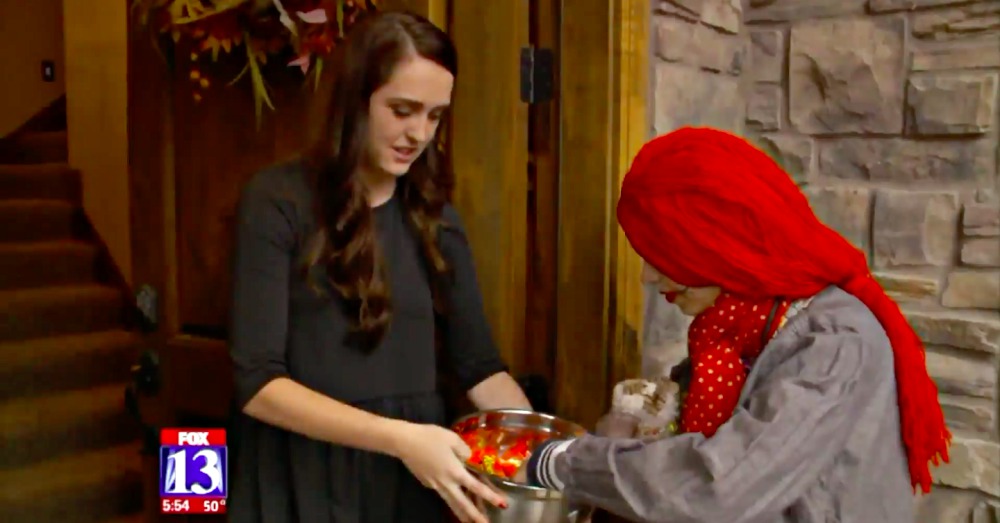 Chadwick reached out to several Facebook groups in her community to see if anyone would be willing to pass out candy from their homes or participate in a trunk-or-treat at the local middle school’s parking lot on Saturday, November 4.

The turnout was bigger than she expected it to be.

“I knew that it was a good community, but I did not expect that at all!” she commented.

But that wasn’t all. In addition to having people from Chadwick’s community come out to support this Halloween do-over, other people from all over the place have been sending the Burnett family loads of candy.

“This has just been amazing,” said Trina’s mother. “This is the real story: this story of kindness that we’ve been shown has just been awesome and so heartwarming and we’re so grateful.”

Trina was also touched by the kindness shown to her. “Well it feels very heartwarming to see that people care so much,” she said. “When we have each other, we’ll be able to overcome any challenges.”