For many of us who were raised in western cultures, we grew up in a germ-phobic society that was obsessed with cleanliness to the point of sterilization. Take a stroll down any grocery store’s cleaning aisle, and you’ll see a wealth of products proclaiming their abilities to rid unwanted microbes from your home, for example.

Bacteria is the enemy, right?

That’s not entirely true, though!

For most of human history, our bodies have been a habitat teeming with bacteria. Don’t panic, though. Much of the bacteria that cohabitate with us are actually doing us a lot of good. It’s only recently with the introduction of antibiotics and the mass production of “dead” food, that people have had problems cultivating an especially beneficial form of bacteria flora found in the gut. 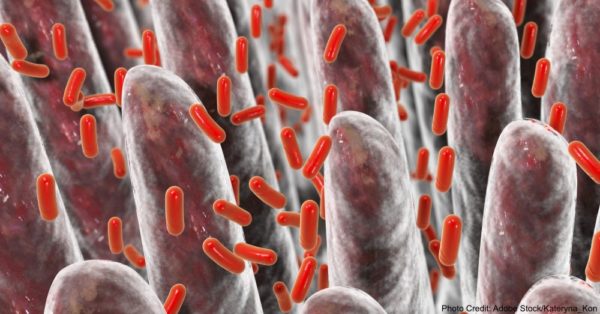 What is Gut Bacteria?

Gut bacteria (or microbiota) is an umbrella term for a wide range of microorganisms that reside in our gut. According to Gut Microbiota Worldwatch, there are “at least 1000 different species of known bacteria with more than 3 million genes (150 times more than human genes).” Gut bacteria lives in the intestines.

What Does Gut Bacteria Do?

There’s lots of research going on right now regarding gut bacteria and how it influences our health. The benefits are diverse and far reaching, but the jury is still out on if all these benefits can be consistently proven:

How Can You Restore Gut Bacteria?

Fortunately, if you’re lacking vital bacteria, there are things you can do to promote healthy intestinal flora. The easiest way to do this is by changing what you eat.

The Physician’s Committee for Responsible Medicine says, “Bacteria that live in our intestinal tract, also known as gut bugs, flourish off of colorful, plant-based foods.” They created the following helpful infographic to help you find foods that can improve your bacteria:

Another way to restore gut bacteria is to take a probiotic. Check out WebMD’s article The Best Ways to Use Probiotics to learn more about how to choose a probiotic that’s right for you. Make sure to consult your doctor before changing your medical regimen, however!