17-year-old Jack Ryan Edwards loves cold drinks more than most people do, and he also loves the cooler where these drinks are stored. So while stocking juice at a supermarket may not be a dream for the rest of the world, it was more than a dream for him. His sister, Delaney, is even calling the opportunity he was presented one day at the grocery store a “miracle.”

Jack Ryan and his family were doing their shopping at a Rouse’s grocery store in Baton Rouge, Louisiana, when they happened across Jordan Taylor, a store employee who was minding his own business, stocking the cooler with drinks. 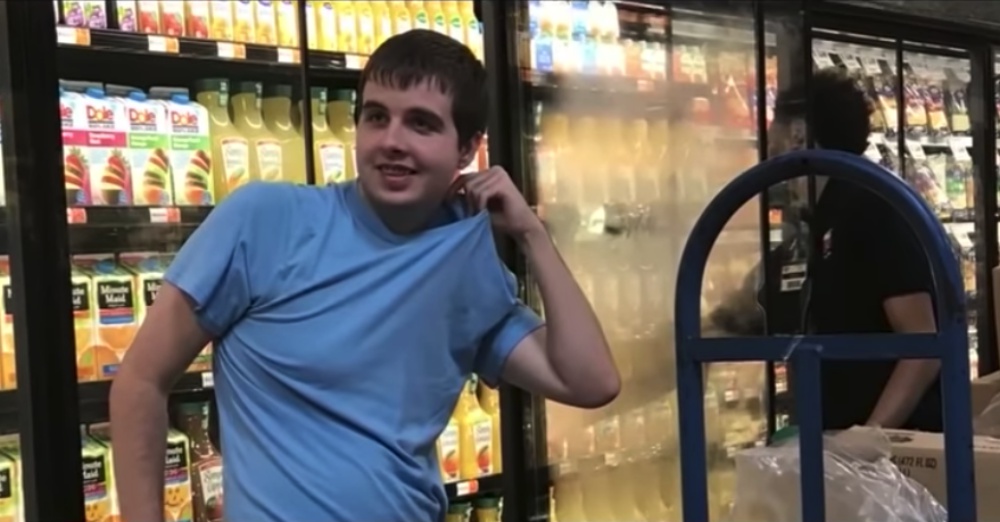 Jack Ryan approached Jordan and asked for orange juice, then stood and watched as Jordan continued to put drinks on the cooler shelf. Jordan says a little voice inside him told him to ask whether Jack Ryan would like to help him stock the shelves, so he did. 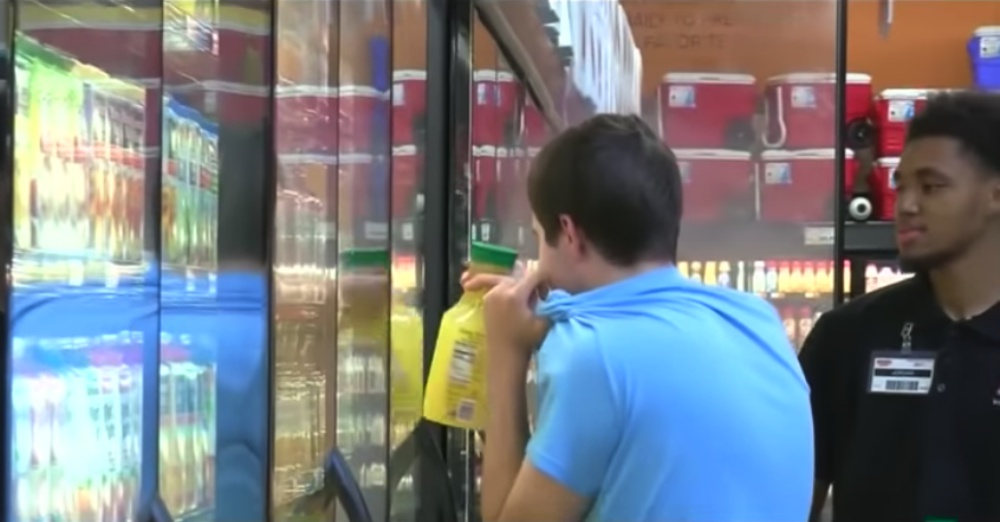 Jack Ryan was overjoyed at the prospect and immediately got started. Jordan patiently handed him one bottle at a time, and he carefully set each one in its proper place. 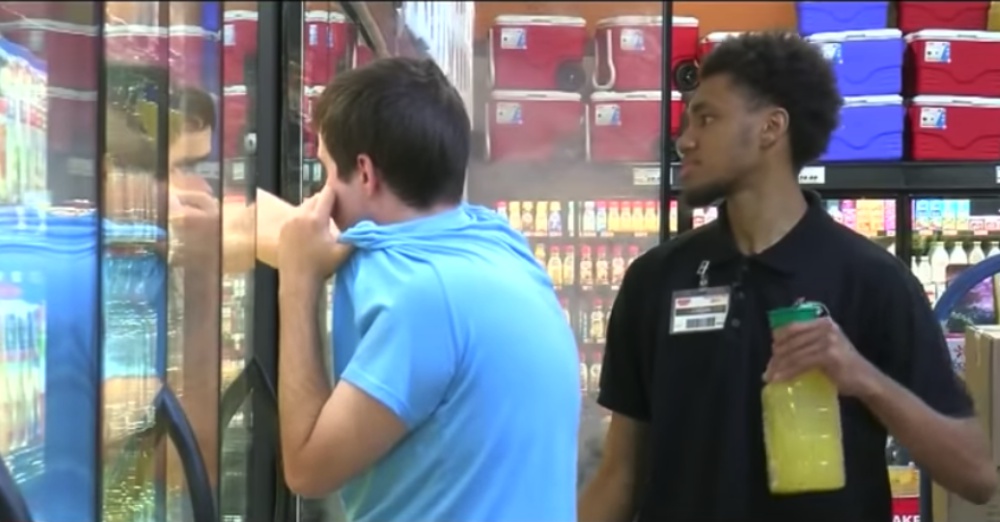 Jack Ryan’s father recorded a video of his son helping stock the shelves, and then his sister posted it to Facebook. Delaney says she knows and appreciates that Jordan’s gesture came from the heart, because he didn’t know that so many people would be watching him in the viral video. No one, in fact, knew that the simple act of kindness would become as widespread as it did. 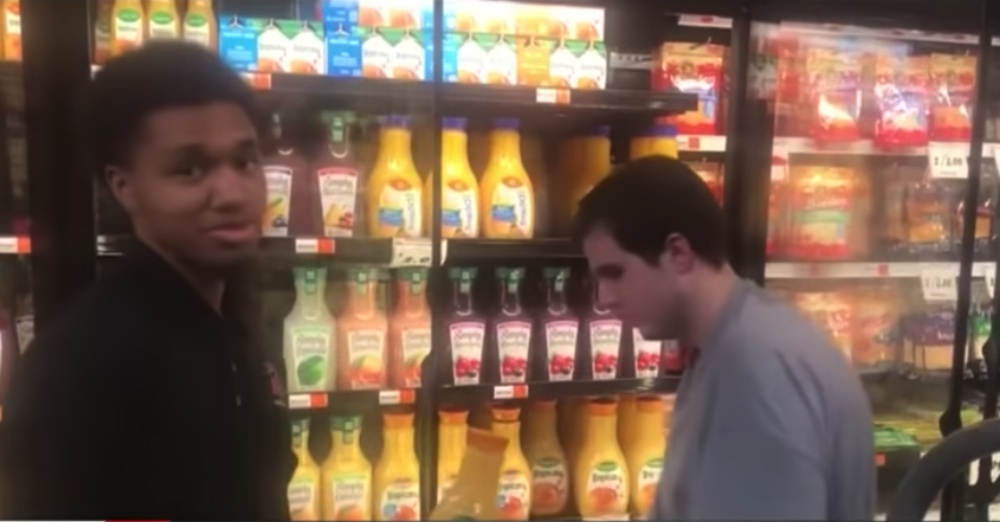 Jack Ryan’s family is grateful for Jordan’s willingness to let Jack Ryan do something he so obviously loves, even though it took a little extra time, but Jordan says the gesture wasn’t a big deal and that he was just trying to be himself. 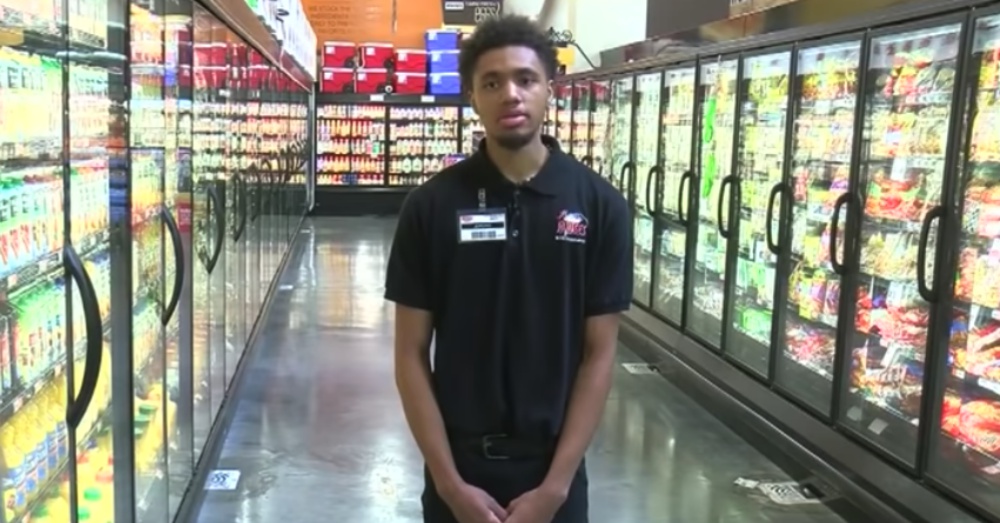 “He was happy putting the juices up, and I was just happy that I could make somebody else happy.” 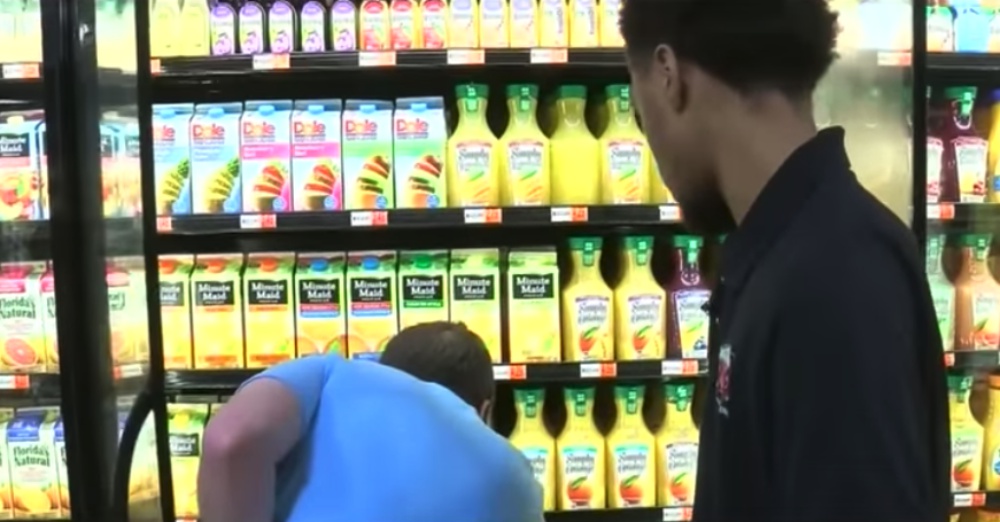 Check out the video below to see Jordan and Jack Ryan work together to stock shelves. Keep the tissues handy, because Jordan’s interview following the viral Facebook post is likely to make you tear up.

But then keep reading, because this story doesn’t end there!

After the video went viral, Jack Ryan’s sister, Delaney, wanted to help Jordan achieve a dream of his own: attending college.

Jordan had told her he enjoyed math and was thinking about becoming an educator one day. So Delaney set up a GoFundMe for him titled “Send Jordan from Rouse’s to School” complete with its own hashtag. #jordanfromrouses

The reaction was incredible. Thousand of people have donated, and at the time of this posting, the GoFundMe has raised more than $130,000!

“That was the family’s surprise to me. Like I didn’t know about it until I woke up like after the first interview,” Jordan told KTVE 10. 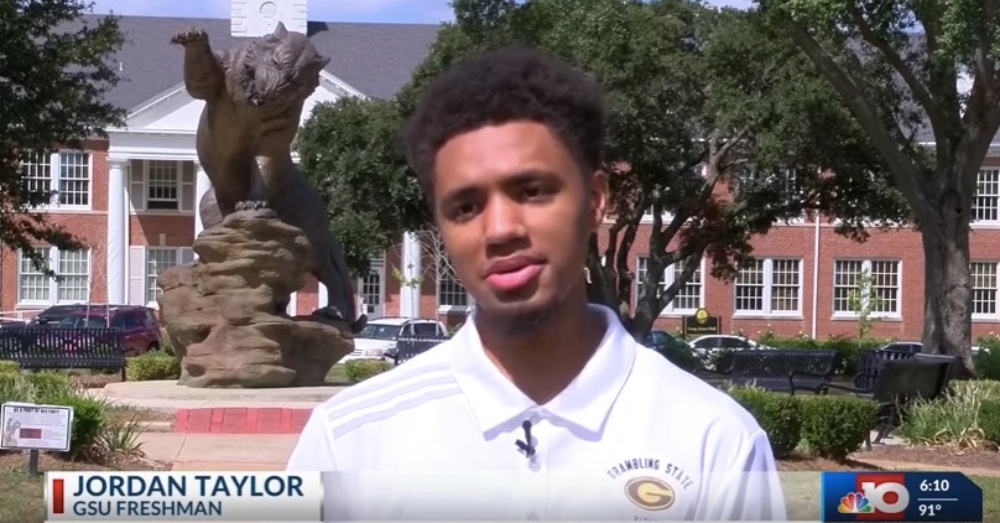 Attending Grambling State University has been a dream of his since high school. And now, within a month of his kind deed, Jordan is living that dream!

But that’s not all. On top of that, Neighbors Federal Credit Union in Baton Rouge gave the young man a brand-new car!

Things are happening with Jack Ryan, too. Rouse’s offered him a part-time job, where he would be able to stock shelves while another employee worked alongside him. Naturally, Jack Ryan accepted!

The internet can be so awesome. Let’s keep the cycle of good deeds moving!

Stranger’s Reaction to Overwhelmed Autistic Boy Proves There Is Still Good in the World: Click “Next” below!