Cobey’s mom, Jenifer Thomas, affectionately calls him her “man-child.” The 23-year-old gentle giant has autism and is nonverbal, so, while he was able to finish high school, he has trouble communicating with the outside world and does not hold down a job. He spends most of his day on the swing set, pleasantly swinging back and forth without a care in the world. According to Jennifer, he’s never happier or calmer than when he’s just gotten off the swings. 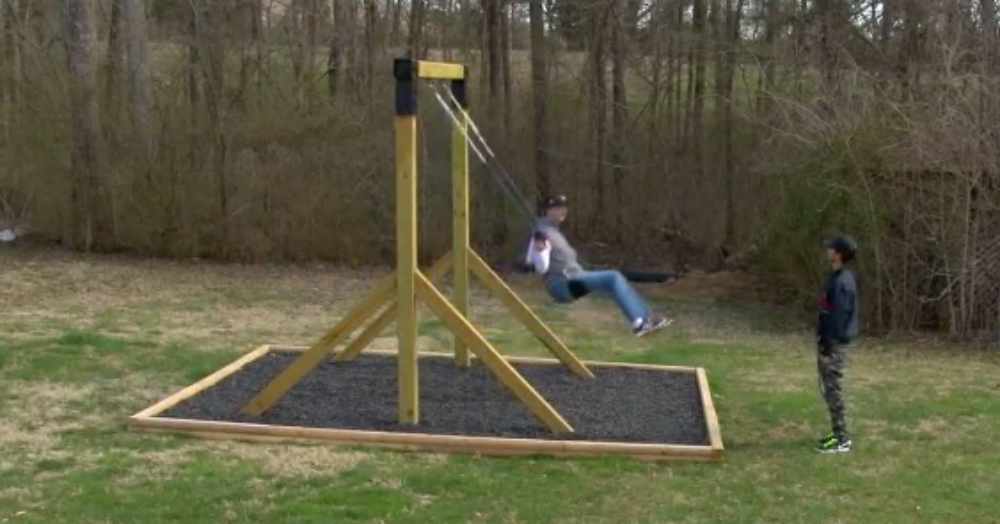 Cobey has always enjoyed swinging, ever since he was a little boy. But now that he’s grown to nearly 7 feet tall and weighs more than 200 pounds, swinging comfortably has become a bit of a challenge. Most children’s swing sets are not built to support him, and the seats are often too small.

“He started getting welts on the side of his thighs. He’d actually be bleeding through his blue jeans,” says Jennifer. 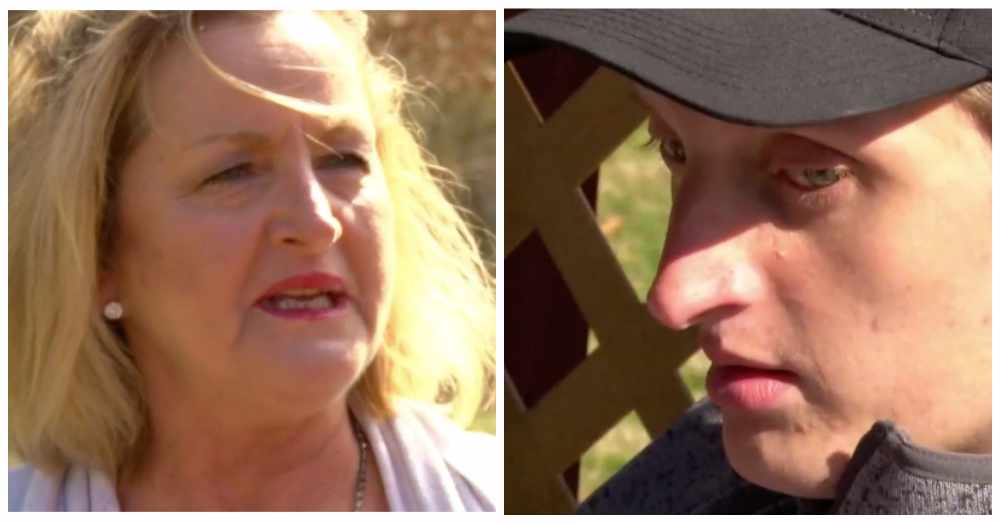 And what’s worse is that Cobey couldn’t tell his mom when he was hurting, leaving her to figure out these issues for herself. Frustrated by her sons’ uncontrollable desire to swing and the juxtaposing injuries it caused him, Jennifer reached out to everyone she could think of to get help with putting up a new swing for Cobey. 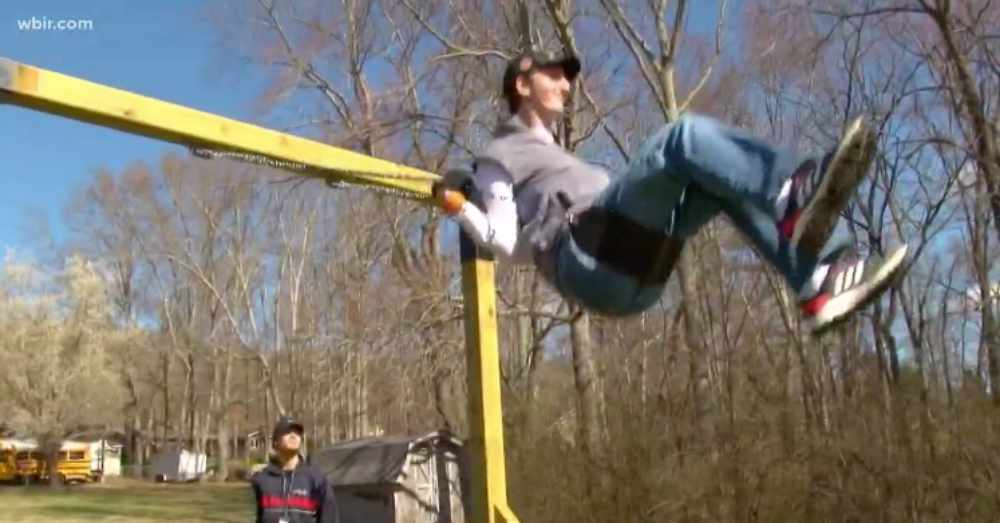 After being turned down several times, Jennifer finally happened across Allen Ellison, who owns Mr. Handyman in West Knoxville. Allen and his colleague agreed to build a special custom swing that would hold Cobey’s full weight and be comfortable for him all day long.

“Allen came out immediately and brought an engineer with him, and just went to work,” says Jennifer. “I mean…they just made it happen very fast.” 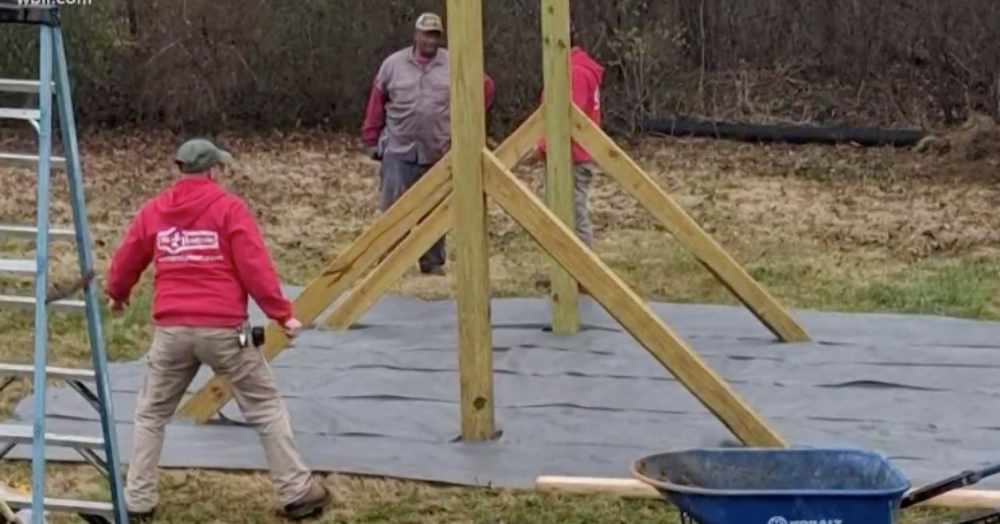 Allen and his engineer did the work for free as a Christmas present to Cobey, but Allen says they have received something very special in return for their labor. “His size and his love for swinging and how it helps him mentally and physically, and we got excited to give back to someone.” 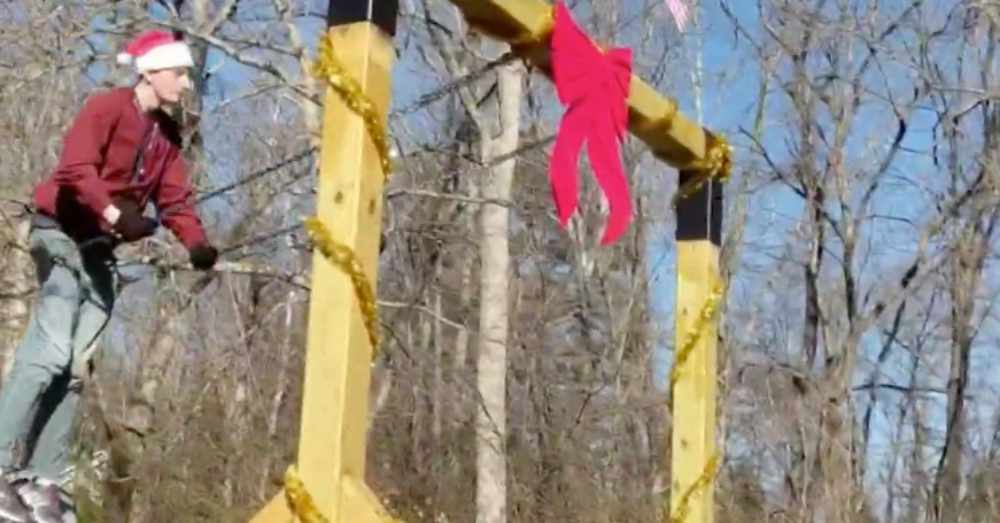 “Just amazing…. he restored my faith. Let’s put it that way,” says Jennifer. “We call it the monument…it’s Cobey’s Monument! Every time I look at it I’m still in a little bit of awe!”

Take a look at this amazing giant swing set in the video below and see just how much Cobey loves it. Thank you, Allen Ellison, for your generous gift that has truly changed this young man’s life (and his mom’s) for the better!

This Man Felt Fidget Toys Were Distracting to Others, So He Invented a Better One: Click “Next” below!