Working and playing in the great outdoors comes with plenty of positives: you get to enjoy the sunshine, breathe in fresh air, and see (and even touch) a bunch of different types of wildlife.

But some wildlife can be dangerous — even small, fuzzy, innocent-looking caterpillars.

A 15-year-old boy named Logan learned this in a very painful way after he accidentally came into contact with a venomous caterpillar. As an adult, it’s called a southern flannel moth (Megalopyge opercularis). In its larvae stage, it’s commonly called a puss caterpillar, due to its resemblance to a fluffy cat — but that fluffy hair is just covering multiple poisonous spines ready to sting you. 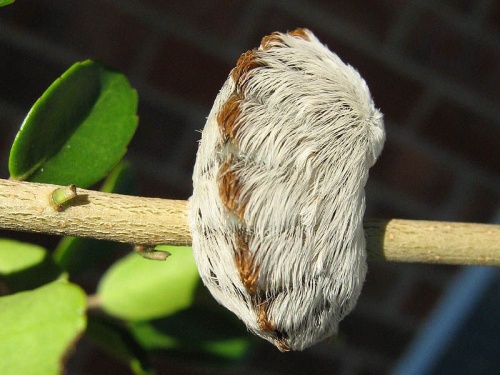 Did you know caterpillars could be dangerous?

Logan didn’t, and neither did his mom, Andrea. Now she’s sharing their experience with this crazy caterpillar with the public, so that everyone is aware of the potential dangers lurking in your own backyard.

It all began when Logan was working outside one day. His arm suddenly hurt so badly it felt like it was on fire.

Things quickly escalated. The pain was powerful and sharp, and Logan says it was the worst pain he’s ever felt. He became dizzy and wasn’t able to focus his eyes.

Then the vicious-looking marks spread, creeping onto his chest. 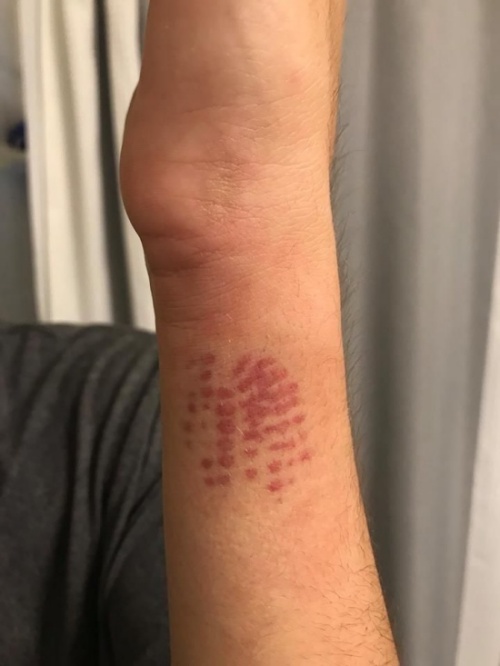 Seeing that, his mom grew even more concerned than she already was.

Initially, they tried to ease his symptoms by using herbal remedies, but a mere half an hour from the time he was stung, they were headed to the hospital. They had done some quick research and had discovered that he’s been stung by the puss caterpillar.

The doctors immediately knew how to treat him, and Logan got through the ordeal okay. It’s a good thing they went to the hospital right away! 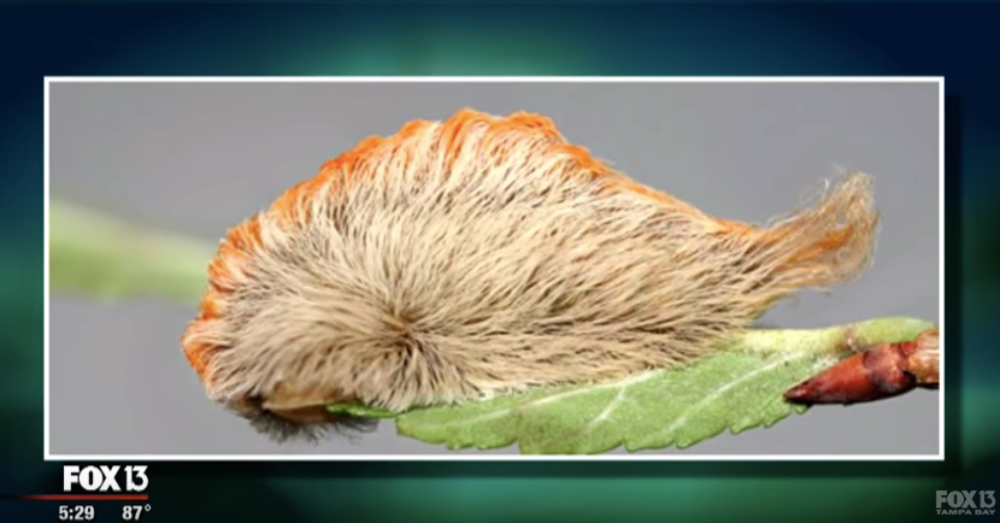 The caterpillars are typically found on the East Coast from Florida all the way up to New Jersey. They have also been found as far west as Texas and Arkansas. They often hang out on tress, plants, and bushes.

Thankfully, when they turn into moths, their vicious spines disappear.