Pretty much every parent thinks that their baby is the cutest one around, and they usually aren’t shy about telling the world. It’s hard not to gush when your baby finally says their first word or does something clever and cute — and, honestly, pretty much everything they do is clever or cute when they’re little.

Many parents long for the day when their baby can communicate with them and tell them what they want or what’s going on with them (like why in the world they won’t stop crying at 4:00 AM).

For Deztin “DJ” Pryor, that day is here, and his son, Kingston, is just a year old! They’re already having some pretty lengthy conversations.

Even though we can’t understand what Kingston is saying, it seems like he has a lot of strong opinions — ones that his dad shares.

In this video, Kingston and his dad are sitting on the couch together when Pryor strikes up a conversation. Kingston’s mom, Shanieke, caught the whole exchange on video. 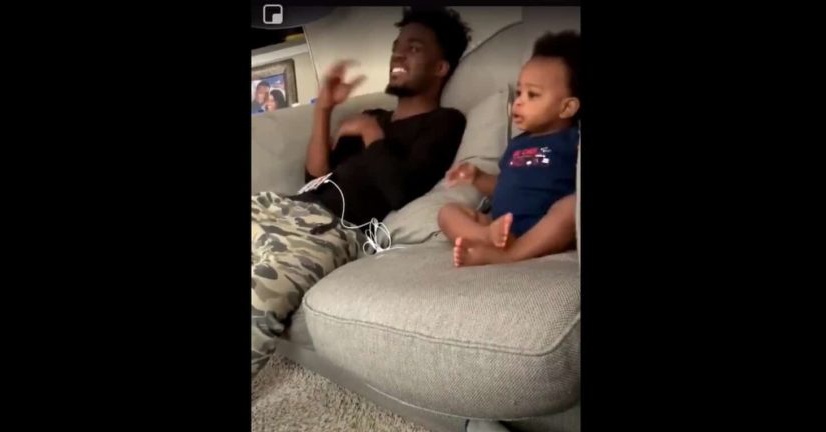 Pryor is a comedian, and you may have seen him before. He showed off his comedy chops at the 2019 CBS Diversity Sketch Comedy Showcase, where he had the opportunity to perform in front of talent agents, directors, and executives.

He placed in the top 21 comic actors out of the 3,000 people who auditioned.

In this video, his comedic timing is on full display. He and Kingston seem to be having a real conversation, complete with hand gestures and shared opinions and incredulity about what they’re watching, and their back-and-forth is pretty amazing to watch. 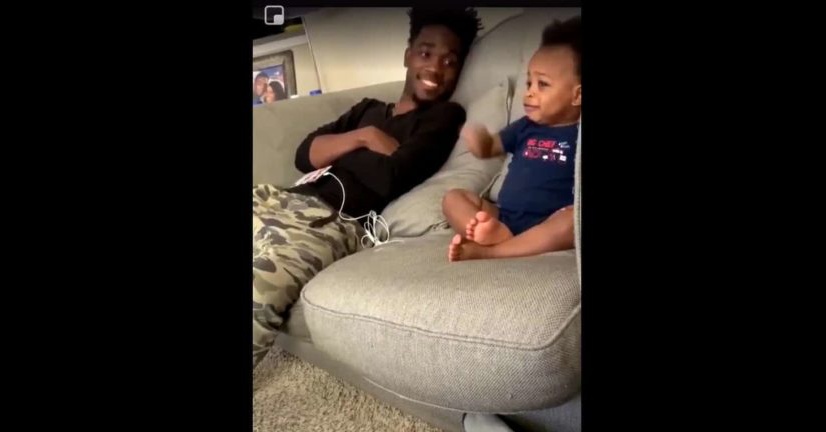 Pryor may be the comedian of the family, but Kingston seems like he may just follow in his dad’s footsteps! He absolutely steals the show, and it’s obvious that Dad is super proud of his clever and expressive little boy.

Kingston is very interested in sharing his take on what he’s watching with his dad, and he seems like a good listener, too. He takes in every gesture and word his dad makes and then does his best to imitate him.

Even though Kingston’s babble isn’t understandable just yet, we all understand exactly what he’s trying to say.

Babies love to mimic their parents, and this sweet interaction makes it clear that there is a deep bond between father and son.

They are too cute together. Check them out in this video!