When Jennie Wilklow was 34 weeks pregnant, her water broke. The baby was breech, and so she had to have an emergency c-section. The stats weren’t worrisome, and Wilklow was feeling both calm and excited about the arrival of her daughter.

That quickly changed once Anna was born.

Initially, everyone was talking about how beautiful little Anna was. But all of a sudden, a hushed panic fell in the room. The doctors began talking in low whispers, and Wilklow began to get scared. 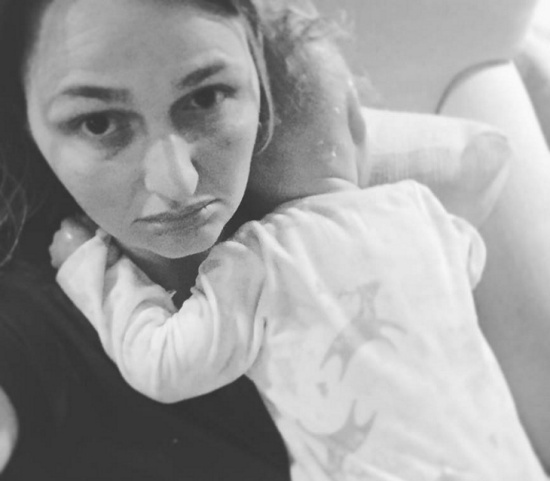 Immediately after being born, Anna’s skin started hardening and cracking open. It’s a genetic condition called Harlequin Ichthyosis, and it’s extremely rare. So rare, that most people have never even heard of it.

But because Wilklow is bravely sharing her daughter’s story, more people will be aware of this devastating but survivable condition.

“Visions of my daughter, the little girl I had thought about, prayed about, and planned for years for was here, finally,” she said. “But the moment that was supposed to complete my family, the last piece in the most beautiful puzzle, was suddenly gone-not just like the piece needed to be flipped over gone, but instead, like someone picked up the puzzle and smashed it, gone. Broken and alone, all I could do was stare, and picture her body in my arms.”

Wilklow asked the doctors if Anna was okay, but they weren’t forthcoming. They said that they needed to discuss what was going on with her amongst themselves first.

After that, she didn’t ask any more questions — but she knew that her life was going to be irrevocably changed. 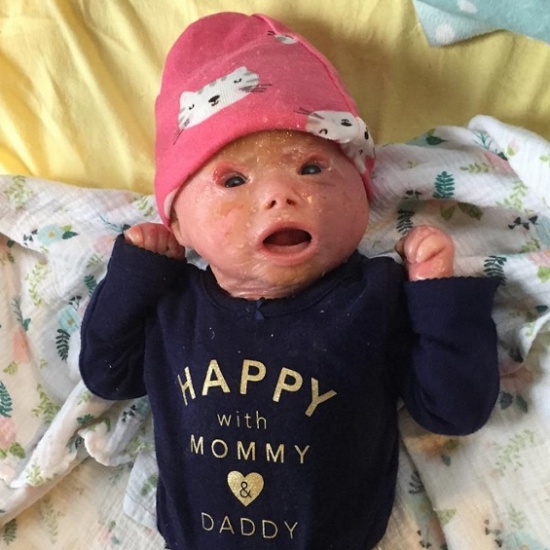 Wilklow’s husband was able to look into Anna’s beautiful eyes right after she was born, but they quickly became swollen shut.

They were worried sick, and knew things were bad, but they also had hope.

“Jennie,” he told his wife, “I looked in her eyes, and she has the most beautiful soul.”

Wilklow was absolutely heartbroken inside, but she put on a brave face to those around her. It wasn’t until she held her sweet newborn daughter in her arms that she realized for herself what was wrong.

Over the next two days, Wilklow had to resist looking up Anna’s condition on the internet. She was terrified about what it would say about her daughter’s life expectancy and quality of life.

“I allow myself to admit this thought because it was only in that moment, at the most confused and alone time of my life, that I thought maybe she would be better off dead? That question came into my head more than once, and I tried to focus on other things.”

When her husband took her home from the hospital, he told her that Anna’s odds of survival were low. 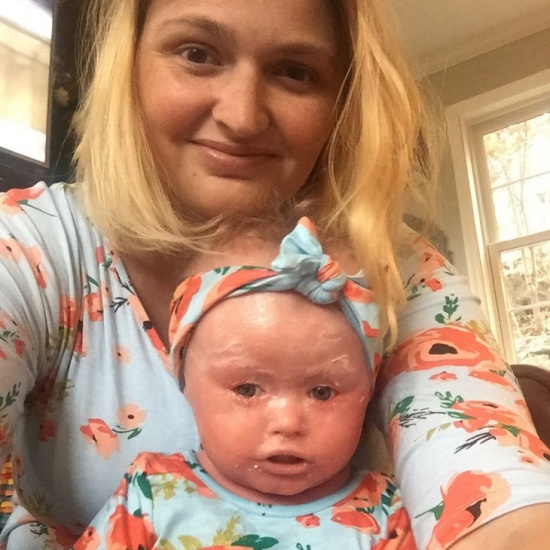 Wilklow struggled to wrap her head around the thought of her daughter dying. She couldn’t stand it. How would she ever recover from the loss?

But Anna didn’t give up.

“My Anna was a fighter,” she said. “The NICU was easy, and she did amazingly with everything. Days later, when I saw her eyes for the first time, I remembered what my husband had said. I remember being completely captivated with her and how I never saw what other people saw. She was beauty in the purest form.”

From the first moment she saw Anna, Wilklow was a loving mother. Life with her newborn wasn’t what she had imagined it would be like, but she she quickly learned what her daughter needed to survive.

Anna couldn’t leave her humidity-controlled space without her skin morphing into a hard, leathery surface. So she was slathered in vaseline and then put into a plastic bag that was lined with a sanitary cloth. Her mother worried she would be forced to live in a bubble for the rest of her life, but then things started looking up. 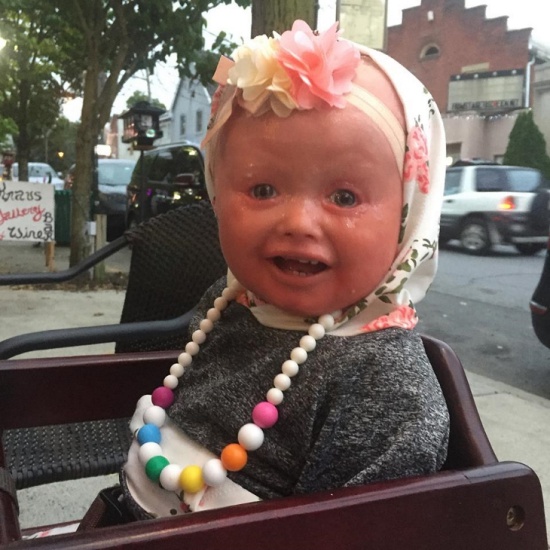 Anna’s parents celebrated the small victories — something many parents who have a child with a disability learn to do. Wilklow had high hopes for her sweet daughter, and didn’t want to limit her. So she decided to share her daughter — and her story — with the world.

“Anna teaches me every day to focus on the all of the positives, and the rest just falls into place,” she said. “I once blamed myself for Anna’s condition. I thought it was the consequence of my greed because I wanted her so badly, even though my world was already perfect. I now understand that I was given her because of the love I already carried in my heart for my daughter. Anna was meant for me, and I for her, and together we will show the world what true beauty is.”

On the day Anna was born, Wilklow’s husband saw how special his daughter was when he looked into her eyes. Now, the whole world can see her beauty and strength.