In the small, quaint city of Holland, Michigan, there’s a boy on the spectrum who has formed an unlikely friendship with…wait for it…his local garbage truck driver.

Landon Rozeboom was diagnosed with autism at the age of four. Now age 10, he has an incredible fascination for garbage trucks—a love he has maintained for seven years.

From the time he was young, he would ask the adults in his life to follow the garbage truck’s route by car; now that he’s older, he also tags along on his bike. He loved watching the truck and mimicking the sounds it made. 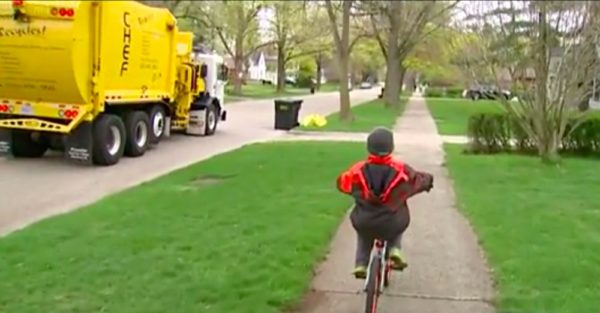 Then his life was set to change when Michelle Copen was hired by the garbage company Chef Container to take over the route Rozeboom was so familiar with.

The child watched her collect the garbage from day one. And he was seriously impressed.

“She was very efficient, on time, she didn’t tip over the garbage cans,” said his grandmother, Barb Alderink.

Copen must have caught on to Rozeboom’s routine because she gently reached out to him. He was shy at first, and the relationship started off one-sided. But that didn’t last too long; soon he began opening up. The rest is history. 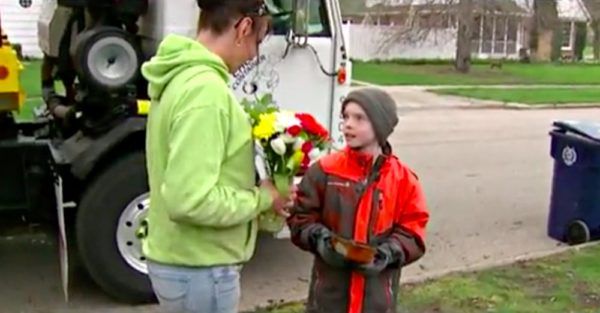 In the span of their friendship, they have exchanged not just words but also occasional gifts. Rozeboom has given her some of his paintings, a Valentine, and even a souvenir from his grandma’s trip to Hawaii (he said that he didn’t want anything for himself but asked that she bring something back for his friend!). Copen, meanwhile, has Tootsie Rolls—his favorite treat—for him in her truck.

But of course, the friendship itself is what truly matters.

“I know the job can become very mundane, not the most glamorous job,” Copen said, “but to know that you got a buddy like that, that looks forward to seeing you and you’re a little bit more than the trash man, it makes a difference.”

Hear more of their sweet and touching story in the video below!