Last August, a teenage boy named Garrison Christy excitedly boarded a Southwest flight, but nobody was expecting how it would change his life.

That flight is where Garrison met Erica Connolly, a flight attendant who shares his love of airplanes and flying. She took the time to have a conversation with Garrison about one of his favorite things, and the pair, who are both from Keller, Texas, became fast friends.

“He was just excited to share with me all he knew about planes, and I love flying, so I was excited to receive all of his information,” says Erica. 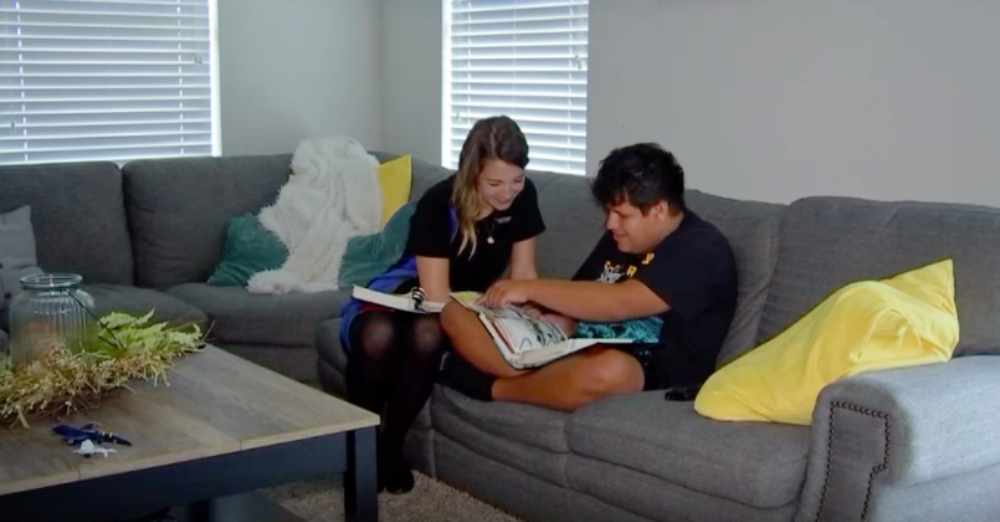 Shortly after Erica met Garrison, her dad, who is a pilot, was getting rid of some old aviation books, and Erica knew they shouldn’t just be tossed in the trash. She reached out to Garrison’s family and donated the books to his class.

“I had a family friend deliver them to his classroom and he was so excited,” she says. 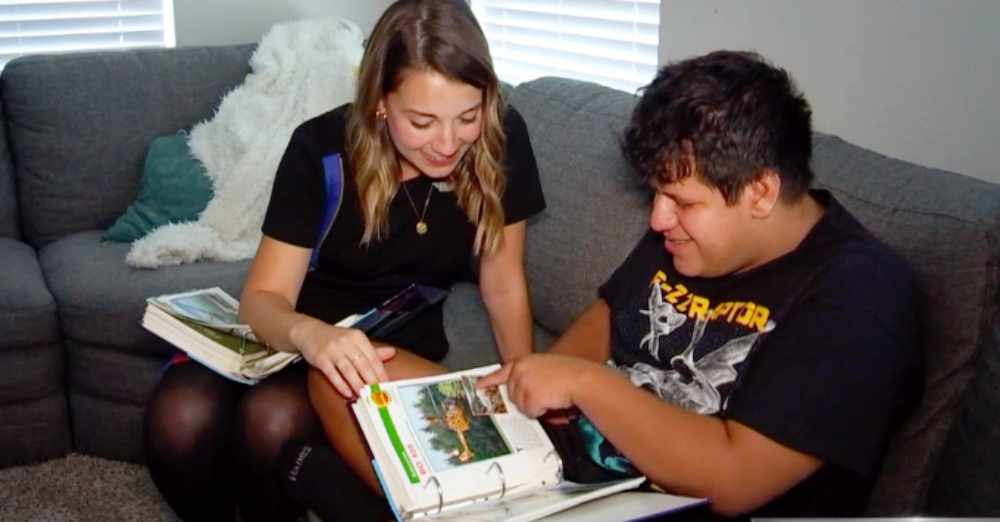 Garrison’s mom, Renee, says the donation means a lot more than just some extra reading material for Garrison and his classmates. 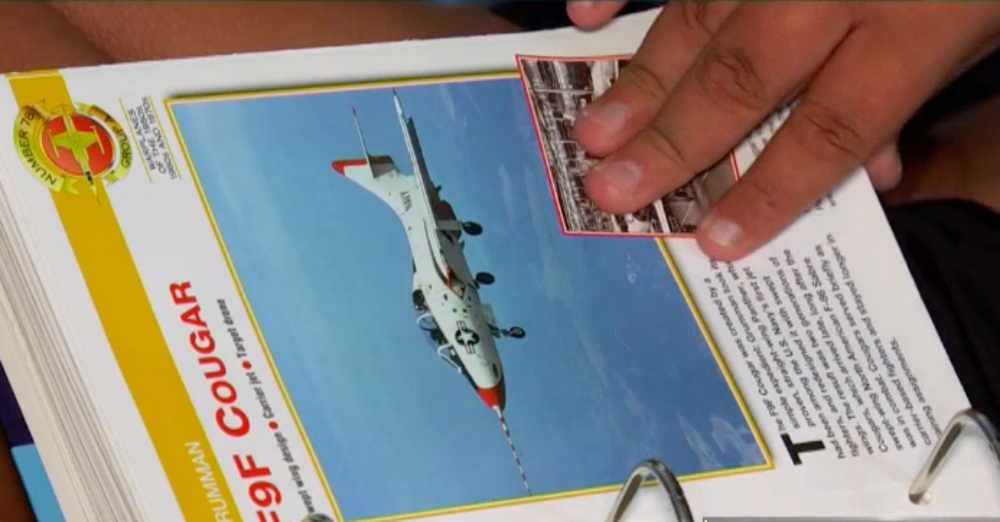 “What Erica did was amazing,” says Renee. “I don’t know if she saw that this was going to be more than a book of planes that he is going to be interested in, but she has given him a tool that is going to help him reach his goal of reading. She gave him these amazing books, and his reading is increasing, because he just so badly wants to read that word.” 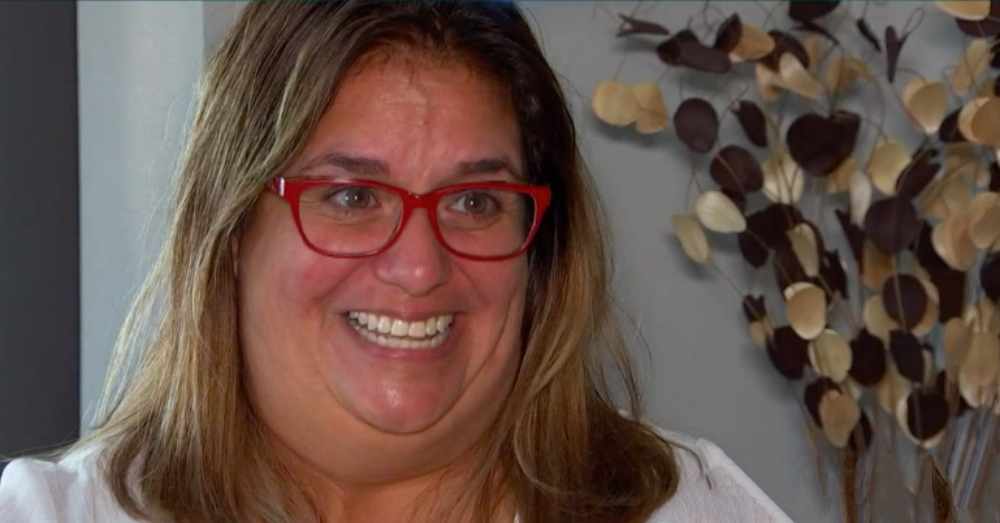 Renee says her son was nonverbal until around three years old, but he was able to make the sound of airplanes. His parents would make them along with him as a way of having a conversation even without words. Garrison still loves airplanes to this day, and they’ve become a motivational tool to help him learn other things. 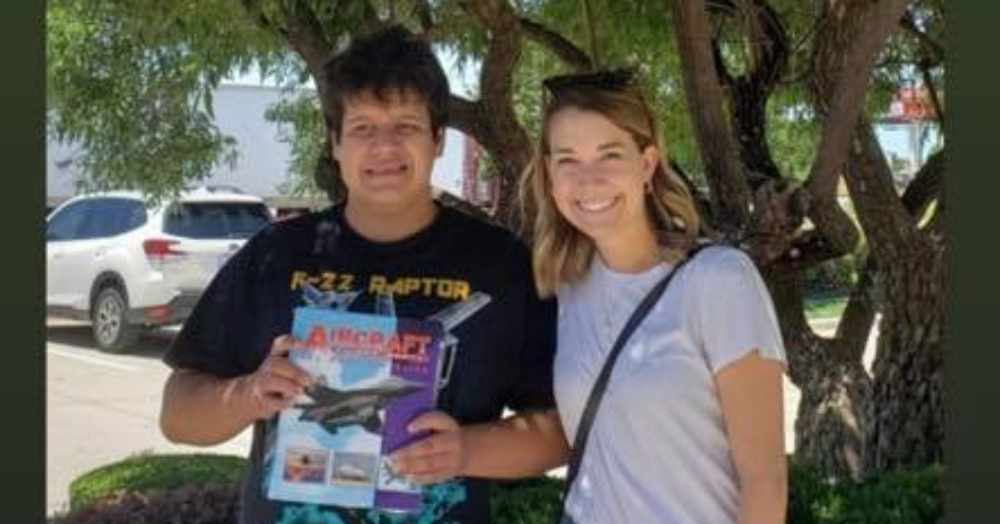 Garrison has not forgotten Erica’s kind gestures. He graduated from high school this year, and she was one of the five people he asked to come to his graduation ceremony. Erica obliged and even offered to take Garrison’s high school graduation photos for him.

Check out the video below to hear more about Erica and Garrison’s special bond.

Mom Grateful for Kindness of Autistic Son’s Seatmate on Solo Flight: Click “Next” below!