6-year-old Finn Daly is a special kind of patriot. Finn has autism and Down Syndrome and is absolutely obsessed with the American flag. He loves to stand and look at it whenever he sees one, which, his parents say, makes for lots of long slow walks around their West Hartford, Connecticut, neighborhood staring at all the flags Finn can get his eyes on.

But there’s one particular flag in the neighborhood that Finn really has his sights set on. It’s the one that belongs to a neighbor by the name of Todd Disque, who lives a quarter of a mile away from Finn’s house. Todd’s flag is mounted on a tree on the edge of his yard and hangs out over the sidewalk, which makes it particularly exciting for Finn. 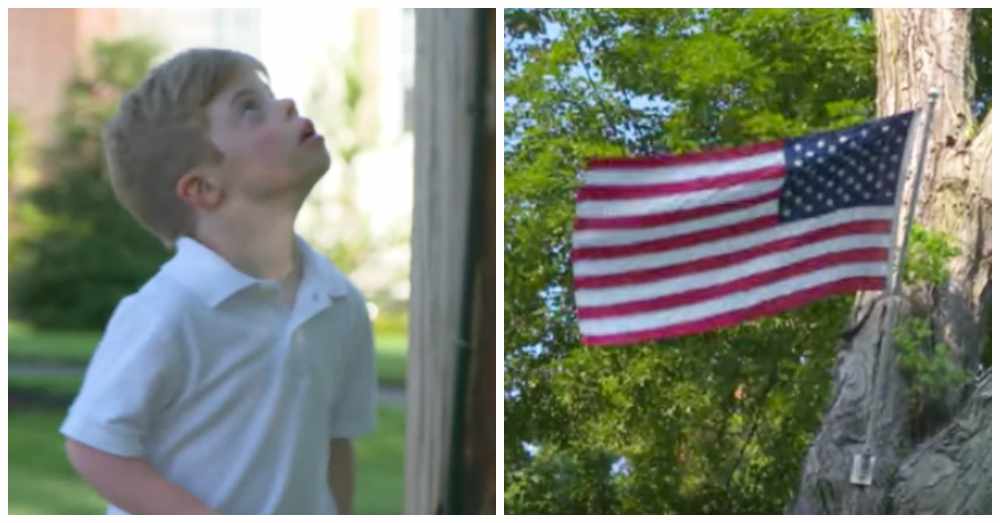 Finn has been absolutely enchanted by this flag ever since the first day he and his family found it on one of their walks. He would stand and stare at that flag for hours, if his parents would let him. 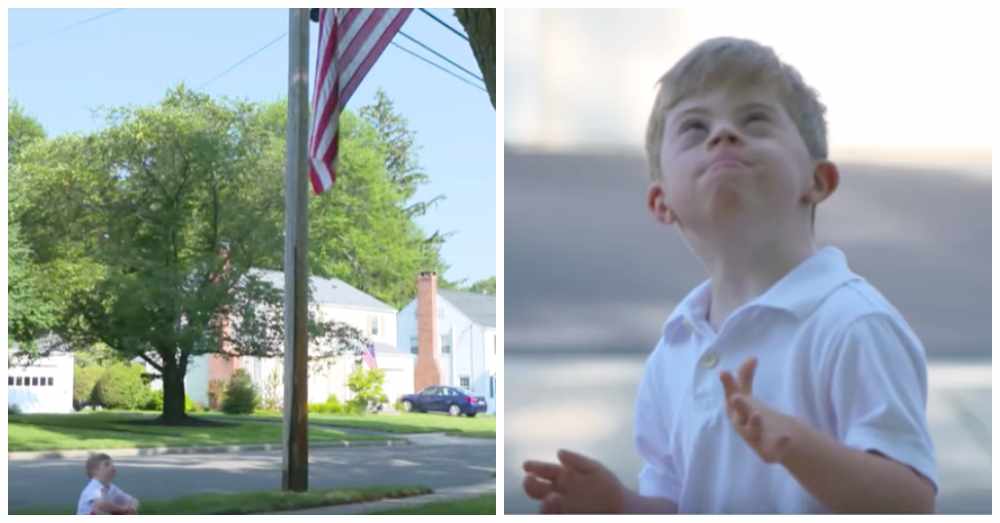 Some people might find it intrusive that the same family stops in front of their yard every time they go for a walk, but Todd had a different reaction when he first noticed the patriotic young boy transfixed by his flag.

“I was like, ‘God bless America,'” Todd remembers. “If this kid wants to look at my flag, then I’m all for it.” 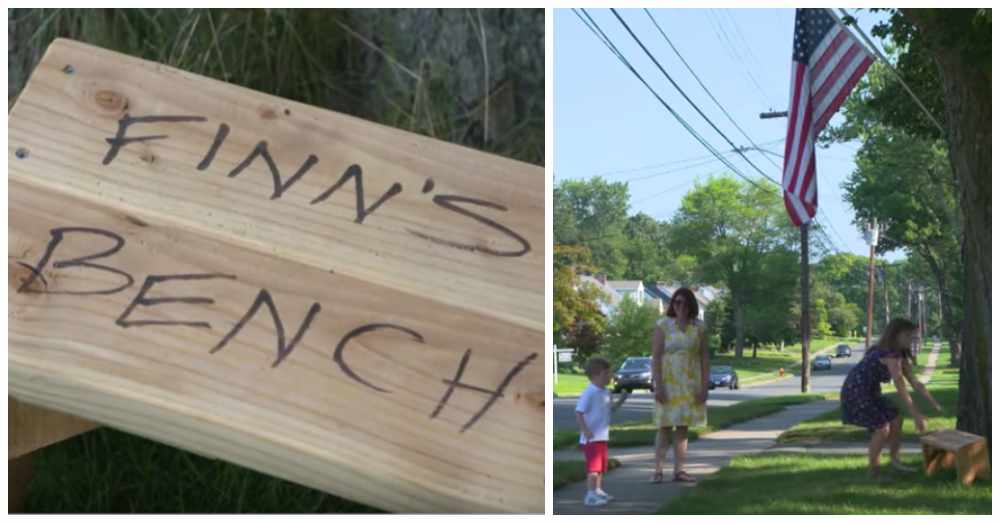 It was Finn’s special love for flags, in fact, that inspired Todd to do something special for the youngster to let him know he was welcome to come see the American flag in Todd’s yard anytime he liked. So he set to work building a little bench, aptly named “Finn’s Bench,” which he placed in front of the tree for the Daly family to discover. 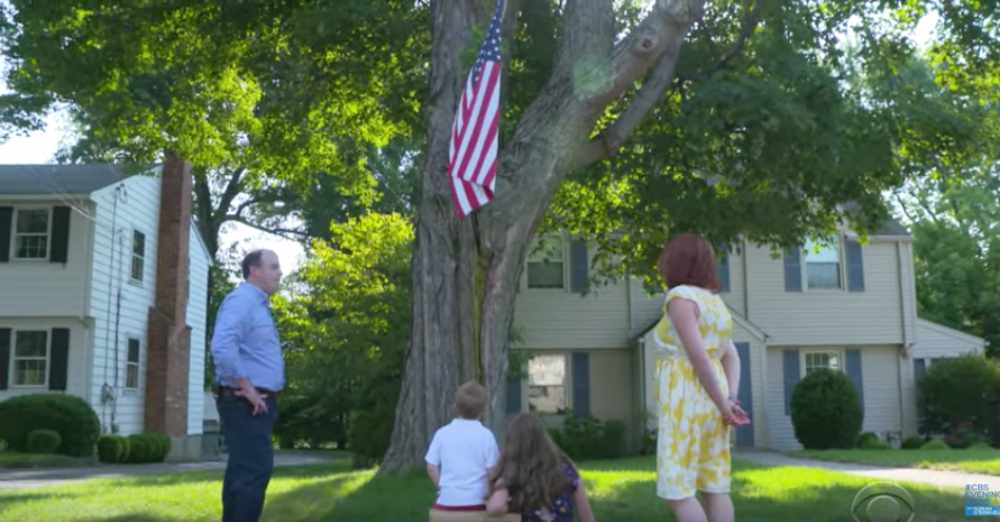 Now Finn can stop and sit on his own little bench anytime he likes and look at his favorite flag in the whole neighborhood. Check out the video below to learn more about this heartwarming story.