Particularly in certain cultures, a telling sign of autism is a lack of eye contact. The question behind this tendency is why. Why do people on the spectrum often avoid eye contact? Many teens and adults on the spectrum explain that it makes them uncomfortable. We don’t doubt this one bit; after all, they’re the ones with the condition, which makes them the ones who know themselves and their reasoning the best.

However, new research published in the American Journal of Psychiatry suggests that might not be the original, underlying, root reason people with autism don’t make eye contact. When children with autism are very young and have just been diagnosed, they may not make eye contact because they don’t get the social significance behind it, not because it is stressful. 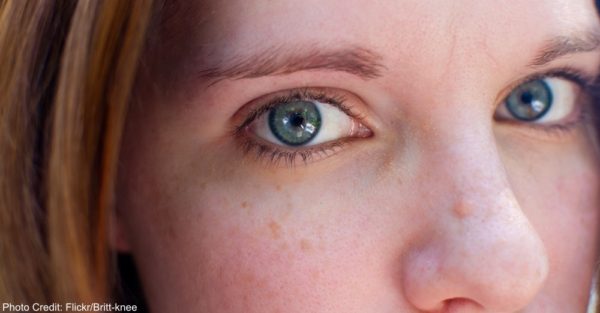 The study observed 86 two-year-olds, both with and without autism, and involved showing each toddler a series of videos and using an eye-tracking device to capture where they looked. “Before each video, we flashed a small picture to capture the child’s attention, and when they looked to where the picture had been, they found that they were either looking directly at another person’s eyes or looking away from the eyes,” said Jennifer Moriuchi, one of the study’s authors and a graduate student at Emory University.

When they did this several times, they discovered that kids with autism did, in fact, make less eye contact than their neurotypical counterparts, even when the eyes held meaningful social cues. However, they did not actively avoid eye contact when it was established.

The children with autism were tested on the same day they received their diagnosis. This indicates that, at least in young kids with autism, eye contact is minimal not because it’s uncomfortable but because it doesn’t carry the same social weight and information as it does for neurotypical kids.

So how come eye contact is uncomfortable for older children and adults on the spectrum? It may be due to the fact that social interactions change with age. People with autism inherently struggle in social situations, and as they get older, social cues might become even harder to understand and could result in eye contact becoming more anxiety-inducing.

For those who are interested in increasing their/their child’s eye contact, this study could help researchers target the root of the symptom. But even for those who really don’t mind whether their child makes eye contact or not, this is still a fascinating study that helps us better understand people on the spectrum.

Want to help advance more research like this? Consider donating through one of our Gifts That Give More™!