Eyad Hallaq (spelled alternately in some publications as Iyad Halak, al-Hallaq, or Halaq) was a 32-year-old autistic Palestinian man who was shot and killed by police in Jerusalem’s Old City on Saturday, May 30th.

Eyewitness accounts say that Hallaq was on the ground, defenseless, when a policeman shot him at close range. He was shot even after the police were told he was disabled and didn’t have a weapon.

“He was 32, but he had the mind of a 8- or 9-year-old child,” his dad, Khairy Hallaq, said. “He never recognized people as Arab or Jew or Christian or Muslim. They were all the same for him. He never differentiated. He never knew who was a soldier.” 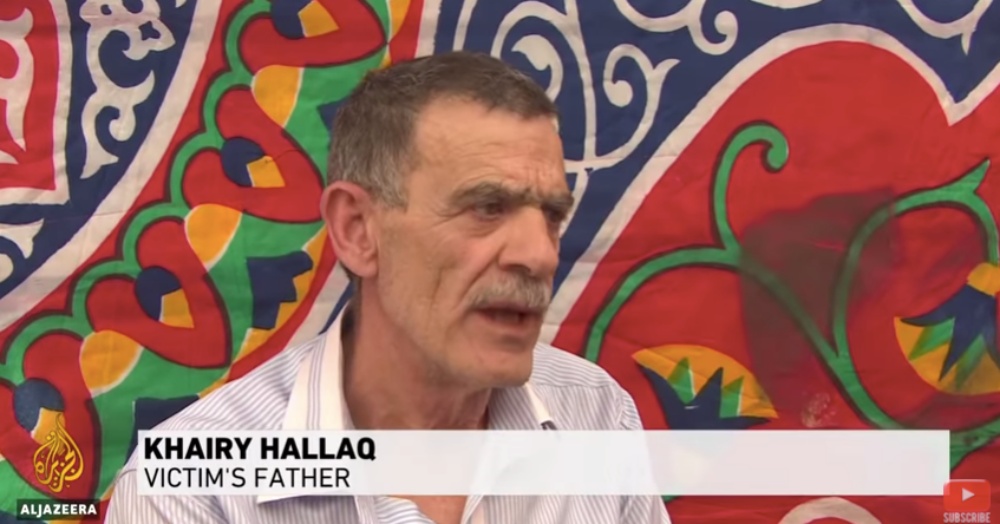 Hallaq walked by a police post every day on his way to school — a route he had walked for six years. He attended a school for people with special needs called the Elwyn El Quds center, where he was learning how to work as a cook. He always carried a certificate from the school that stated in both Hebrew and Arabic that he had special needs, and also carried a National Insurance Institute card stating he had a 100% disability.

Hallaq liked watching cartoons like Mickey Mouse and Tom and Jerry, was very tidy, and took great care with his appearance. He loved being with his family and had friends at the center, but didn’t talk to strangers.

He loved going to school, and was disappointed when it was closed for almost two months because of the COVID-19 pandemic. It had only been reopened a short time when he set out on the morning of May 30th. 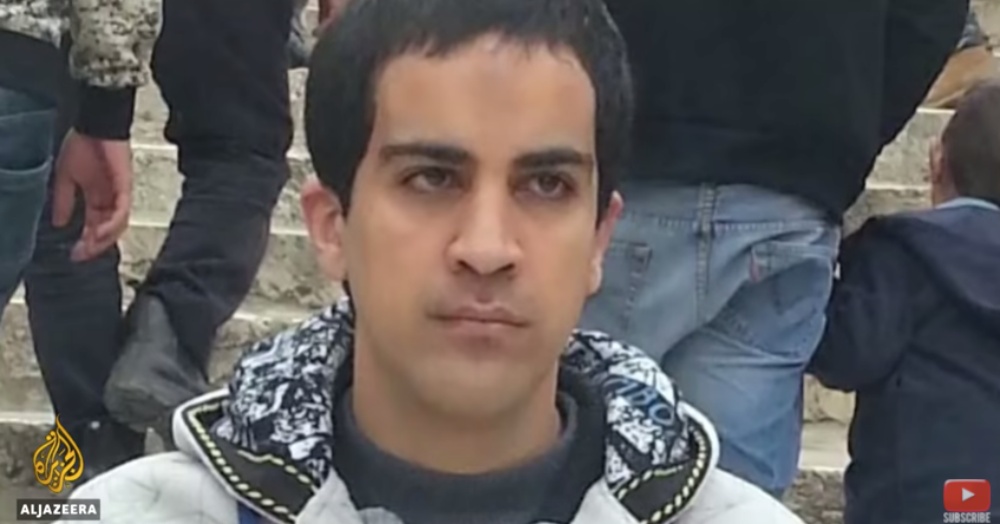 Warda Abu Hadid is an instructor and caretaker at the Elwyn El Quds center that Hallaq attended. As Abu Hadid was walking to work on May 30th, she heard policemen shout, “Terrorist! Terrorist!” and heard gunshots. She rushed into a nearby garbage room — a small, roofless structure used by sanitation workers on the street.

It was the same place Hallaq had also fled. He was bleeding from a bullet wound on his leg and was cowering down on the ground. There was a sanitation worker drinking tea in the small building as well.

Three policemen ran in after Hallaq, demanding, “Where is the rifle?” 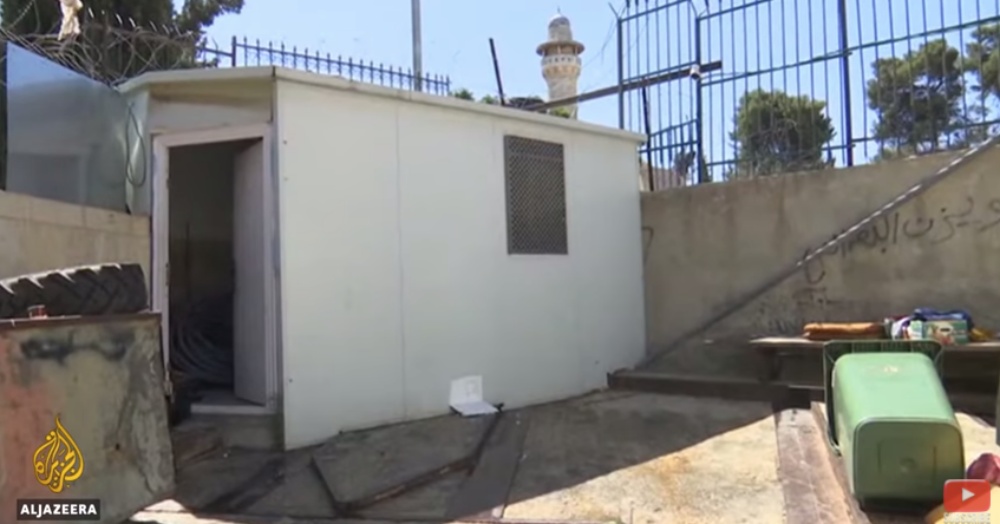 Photo: YouTube/Al Jazeera English
The garbage room where he was killed

Hallaq shouted, “I am with her!”

Abu Hadid repeatedly told the officers that Hallaq didn’t have any sort of gun. He was holding only a surgical mask and rubber gloves to protect him against the coronavirus.

Despite minutes of Abu Hadid’s pleas, one of the officers shot Hallaq multiple times in the chest, killing him immediately. 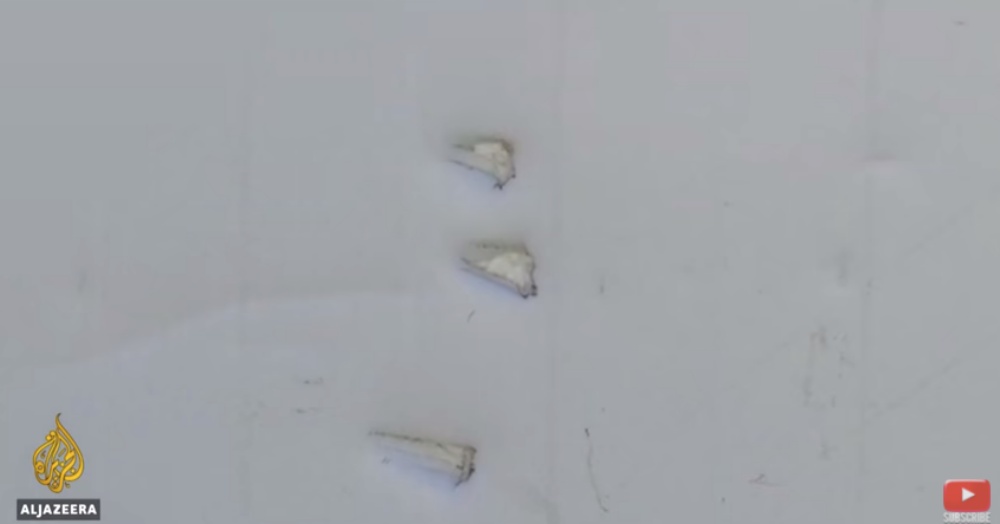 A.R. is the sanitation worker who also witnessed the killing. He told a similar story to Abu Hadid.

“I saw a young man running strangely, as if he didn’t know how to walk normally or was disabled,” A.R. said. “He came in my direction and fell on his back, only a few meters from me.

“A few border policemen ran after him and stopped a few meters from the young man, who was wearing a white shirt and black pants, and didn’t have anything in his hand. I heard the police officer ask the young man in Arabic, ‘Where’s the pistol?’ But it was clear the young man didn’t know how to speak, because he wasn’t able to respond.

“Meanwhile a woman wearing a kerchief came in and yelled at the policeman in Hebrew, ‘He’s disabled, He’s disabled,’ and then repeated the word ‘disabled’ in Arabic. I froze on the spot and didn’t move I was so terrified. That’s the first time I’ve seen a chase like that. I was mainly looking at the young man, who was on the ground, trembling, and then I heard a few more shots. One of the policemen told me to get out of there and I fled.” 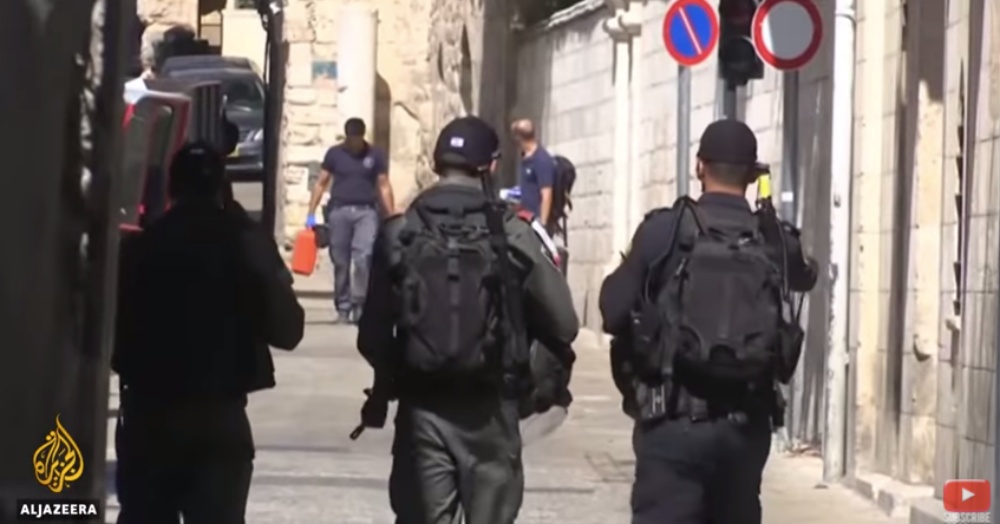 Abu Hadid was then searched and questioned by the police for hours, despite being in massive emotional distress at having witnessed one of her students killed.

The police said in a statement that the shooting occurred as follows: “In Jerusalem’s Old City, at Lions’ Gate area, police units on patrol spotted a suspect with a suspicious object that looked like a pistol. They called upon him to stop and began to chase after him on foot. During the chase officers also opened fire at the suspect, who was neutralized.”

The family later said that perhaps the policemen had seen his cellphone. 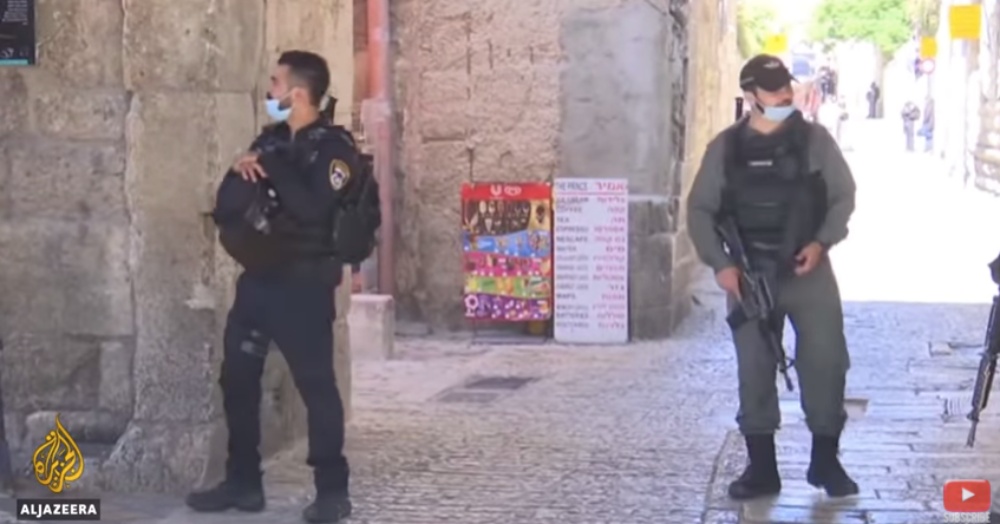 However, the policemen themselves have differing versions of the story. The officer in charge said he told the officer who killed Hallaq to hold his fire once he ran into the garbage room. But the officer who shot Hallaq says he didn’t hear the older officer and shot at him because he saw him making a suspicious movement.

The police confirmed later that no weapon was actually found on Hallaq’s body after his death. The officer who shot him has not been named. 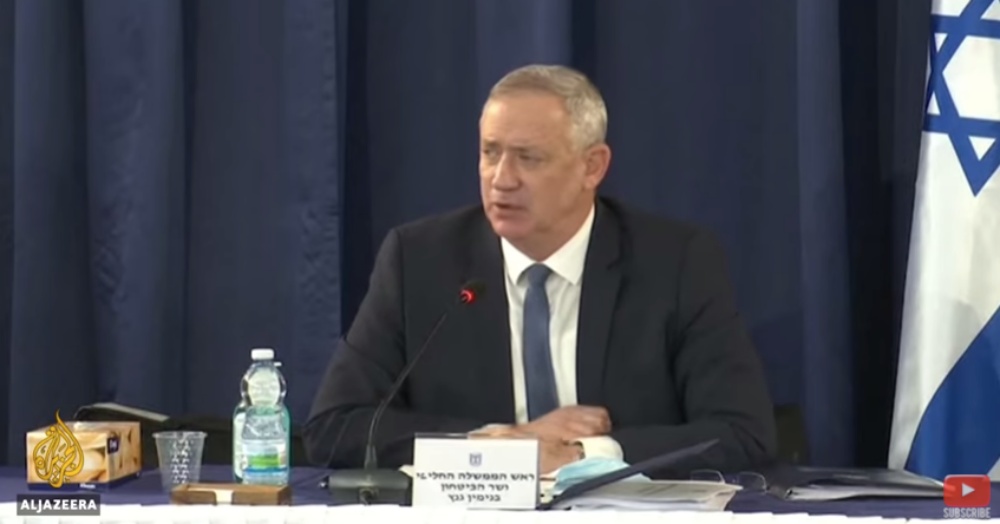 An investigation into the incident is ongoing.

“We are really sorry about the incident in which Eyad Hallaq was shot to death and we share in the family’s grief,” said Israel’s Defense Minister, Benny Gantz. “I am sure this subject will be investigated swiftly and conclusions will be reached.” 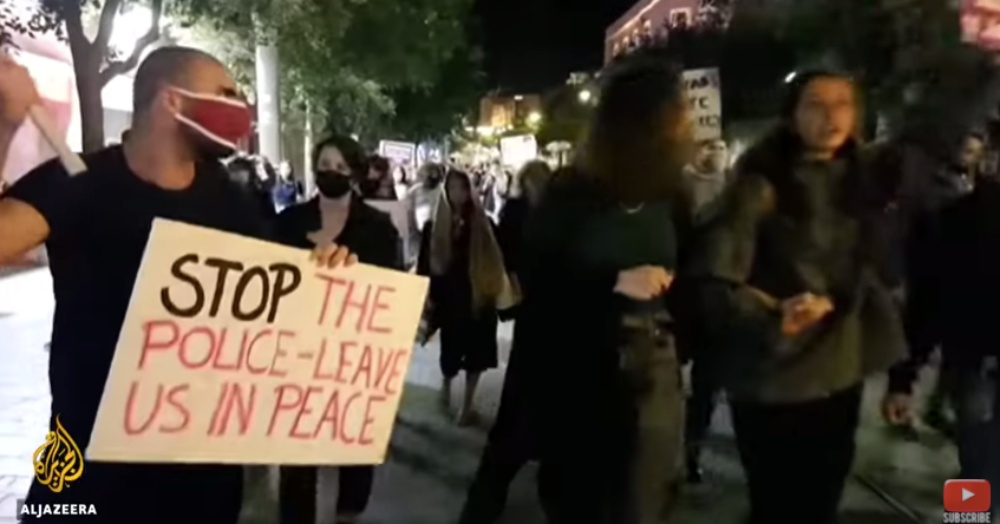 Protests over the killing were held all over the city, demanding justice be found.