Euronews reporter Isabelle Kumar and her family were flying home from a year-long trip around the globe to vacation and spend time with family when they hit a snag. On the very last leg of their journey, from Dubai to Lyon, Emirates Airline staff told them that they couldn’t fly.

Kumar’s teenage son Eli has autism, epilepsy, and a severe learning disability. He had been cleared to fly by his doctor and had already completed 14 hours in flight from Melbourne to Dubai without an issue. But when the family requested he be placed next to an empty seat in case he had a seizure and needed medical attention, staff demanded to see a medical certificate and refused to allow Eli to remain on the flight. 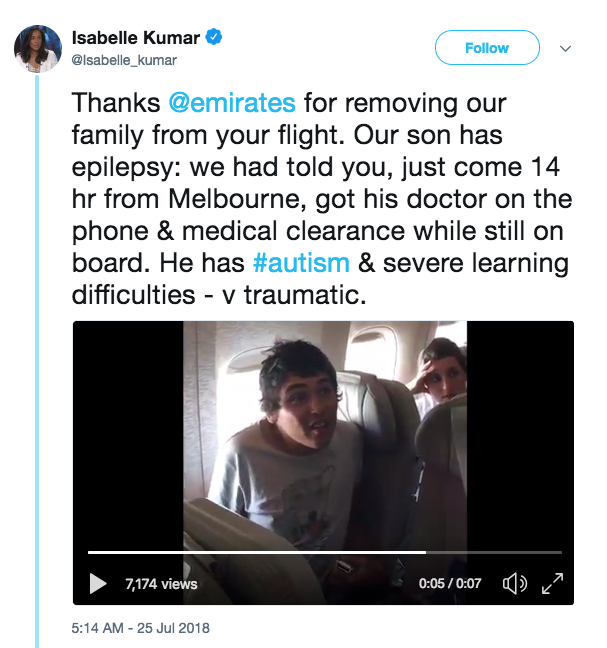 “They said Eli wasn’t allowed on the plane,” said Eli’s uncle, Miles Brown, after the incident, “despite already taking two Emirates flights from New Zealand without a problem, despite his doctor on the phone saying he was fine, and an email and medical certificate saying the same. They kicked them off with such gusto, even threatened to get police to remove them.” 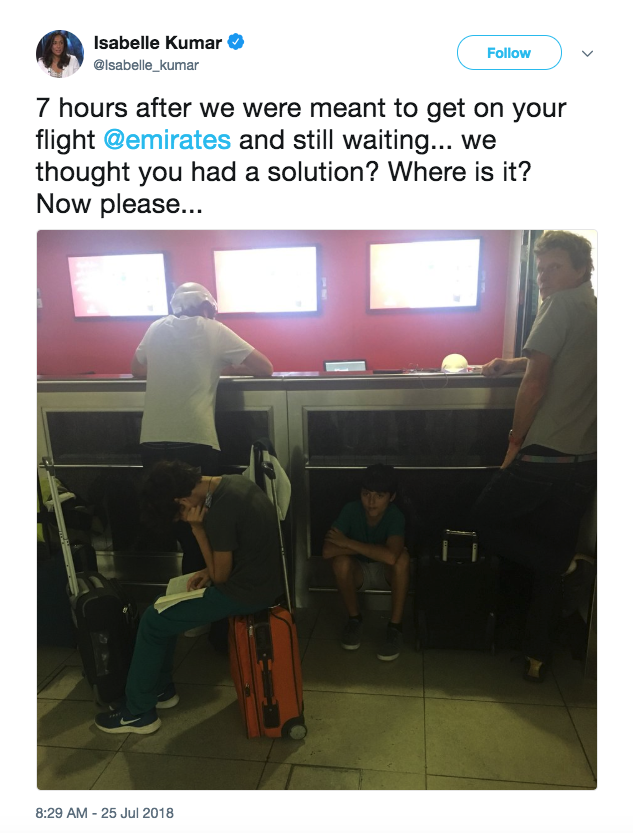 Shortly after the family got off the plane, the staff agreed that Eli was fine to fly. But by then, the plane had taken off, and there were no other flights to Lyon available. The family ended up waiting in the airport for more than seven hours before they could catch another flight home.

Kumar tweeted about the incident a few times during the family’s wait in the airport, calling the staff’s treatment of her son “inhumane discrimination.” She said the event was “very traumatic” for Eli and that the whole family was “distraught and humiliated.” 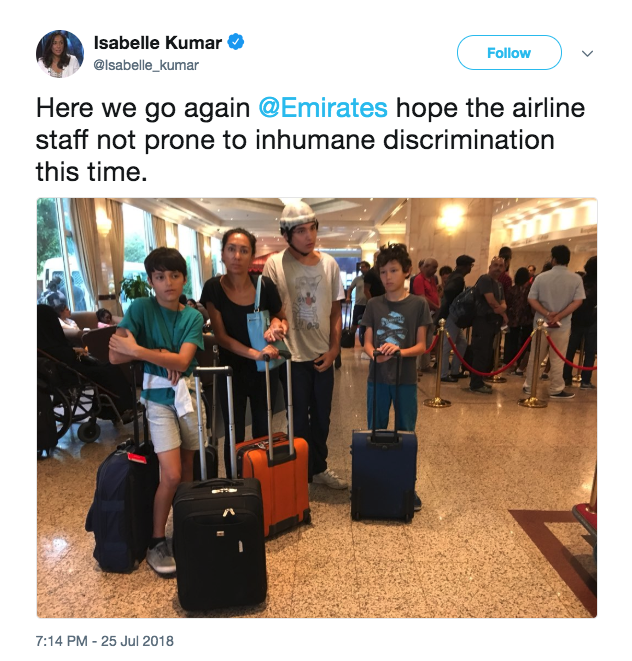 Space on a flight was finally found for the family hours later, and they departed early the next morning after a brief hotel stay provided by the airline. Emirates also apologized to the family for the “distress and inconvenience” of the situation.

“Such situations are usually difficult for operational staff to assess,” said a spokesperson, “and they opted to act in the best interest of our passengers’ safety as well as on advice from our medical team.” 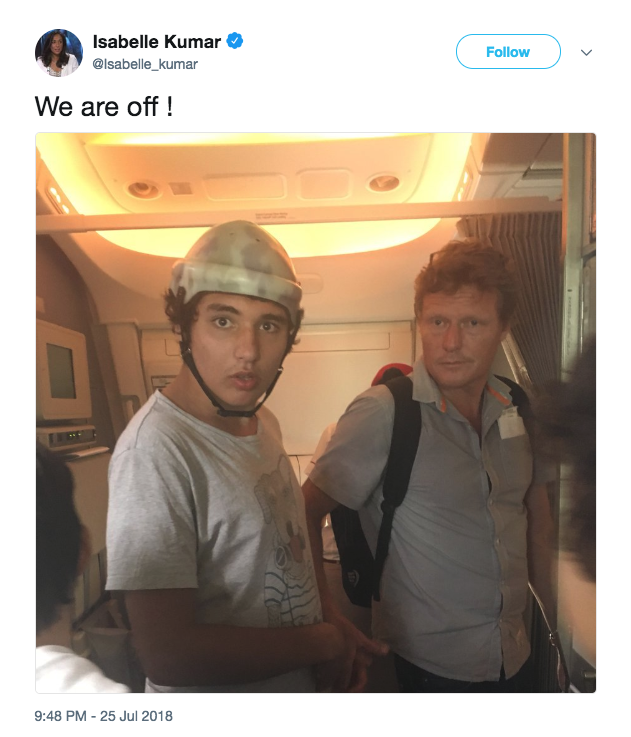 It’s unfortunate that discrimination like this is still happening in our airports and other places where those in charge make decisions without fully understanding the situation. However, we hope Kumar’s wise decision to make her family’s story public will contribute to greater acceptance for people with autism, epilepsy, learning disabilities, and other conditions that may require special accommodations. It is brave people like Eli and his family that help make the world a better place for everyone.

Girl With Autism Gets Kicked Off A Flight For Being “Disruptive”: Click “Next” below!