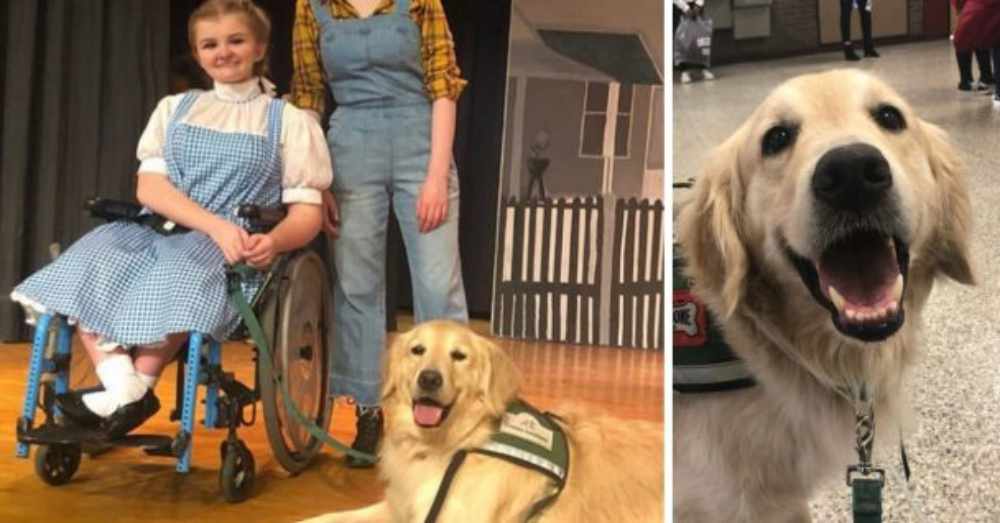 Recently, a high school senior and her service dog starred in The Wizard of Oz together. Erin Bischoff is a senior at Hasbrouck Heights High School in Hasbrouck Heights, New Jersey. She uses a wheelchair because she has osteogenesis imperfecta, also known as brittle bone disease.

Erin got her service dog, Gauge, about four years ago to help her get around. He helps Erin get around by opening doors, blocking people from bumping into her wheelchair, retrieving things, and much more. Erin says they are a team.

Erin and Gauge teach others about disabilities and service dogs 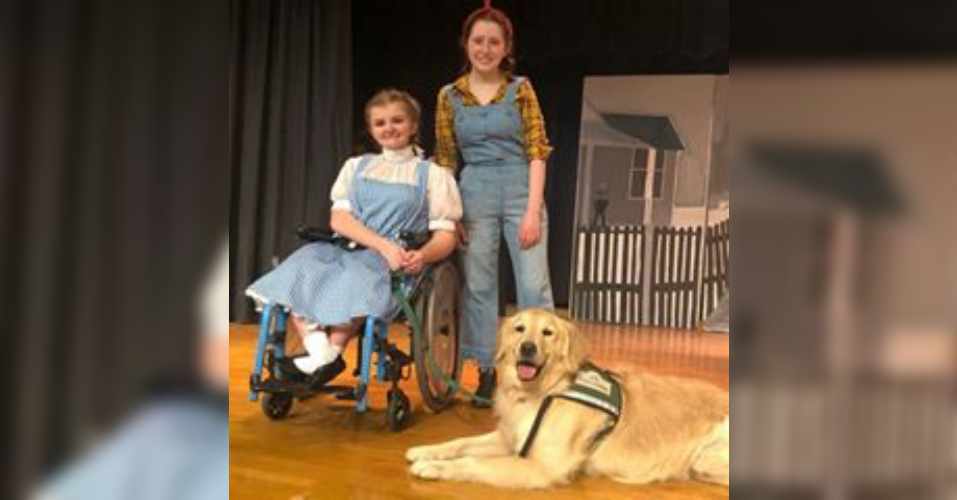 Erin and Gauge also help others by going around to different high schools, where Erin speaks on mobility service animals. She also teaches others about service dog etiquette and being more accepting of people with disabilities. 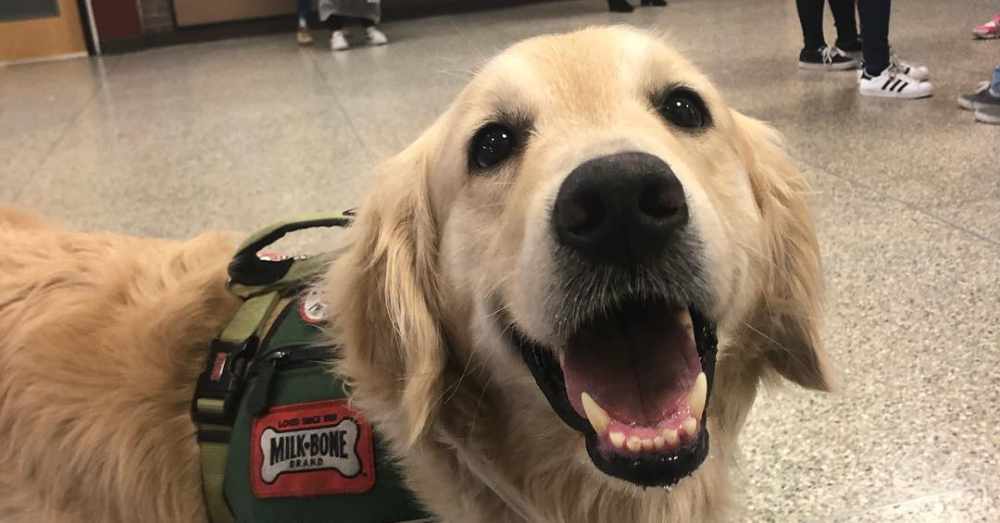 When Erin was cast in her high school play of The Wizard of Oz, Gauge got a part as well! Erin was cast as Dorothy, so naturally, Gauge got the role of Toto. This wasn’t the first time that he joined Erin on stage, but this was his biggest role yet! 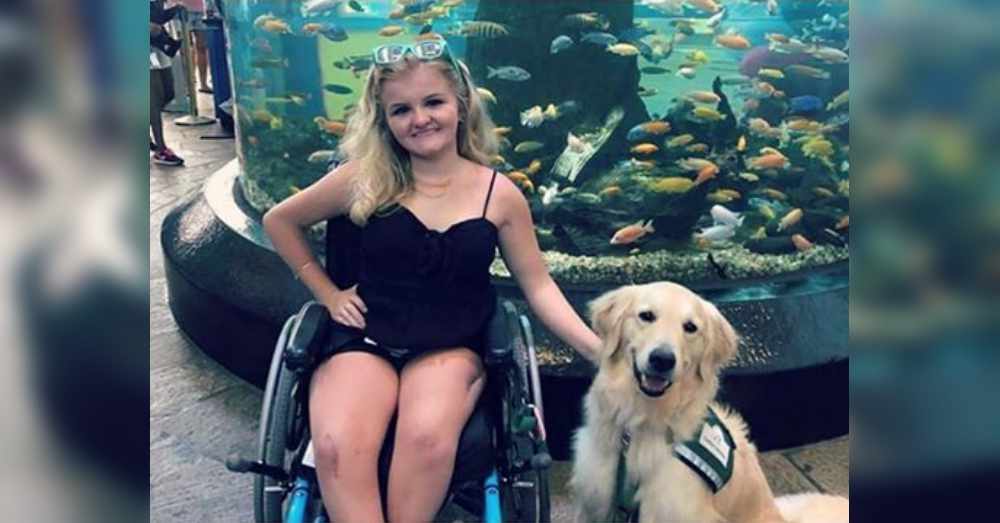 In the past, Gauge had always accompanied Erin on stage during her performances. However, this time, he was a character in the play as well! Erin and the other students had to work together to train Gauge to become Toto in the play.

Gauge had to work hard to become Toto

According to Yahoo!, Erin said, “I wasn’t used to having him be an actual character, so it was a bit harder to work with, since Toto has a lot of different cues and entrances and exits throughout the show. But we worked out how we would get him to understand his cues with time, training, compromise, and modification.” 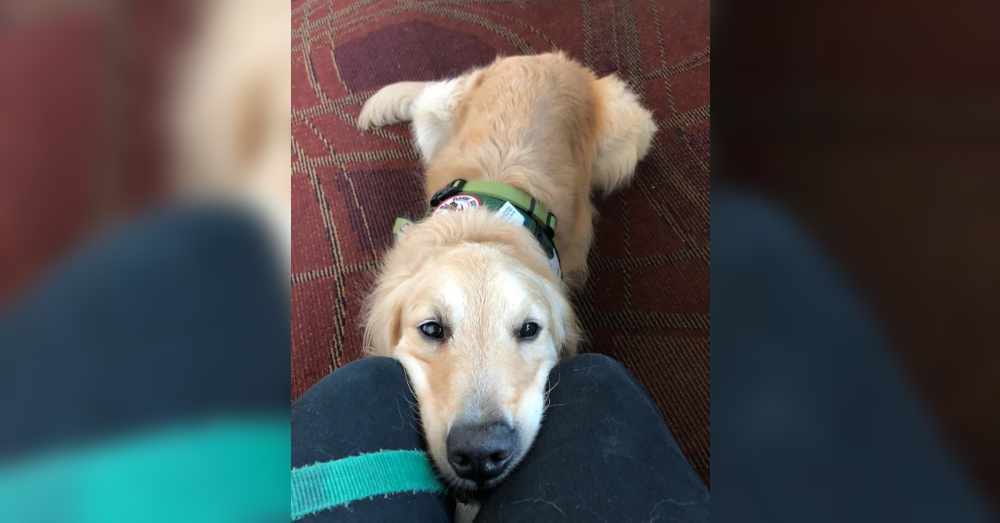 Erin also loves performing in the marching band and works at a local movie theater. Gauge comes with her everywhere she goes. He will head with her next year to the Fairleigh Dickinson University-Metropolitan Campus, where Erin plans to study Health Studies. She hopes to go into law after that. 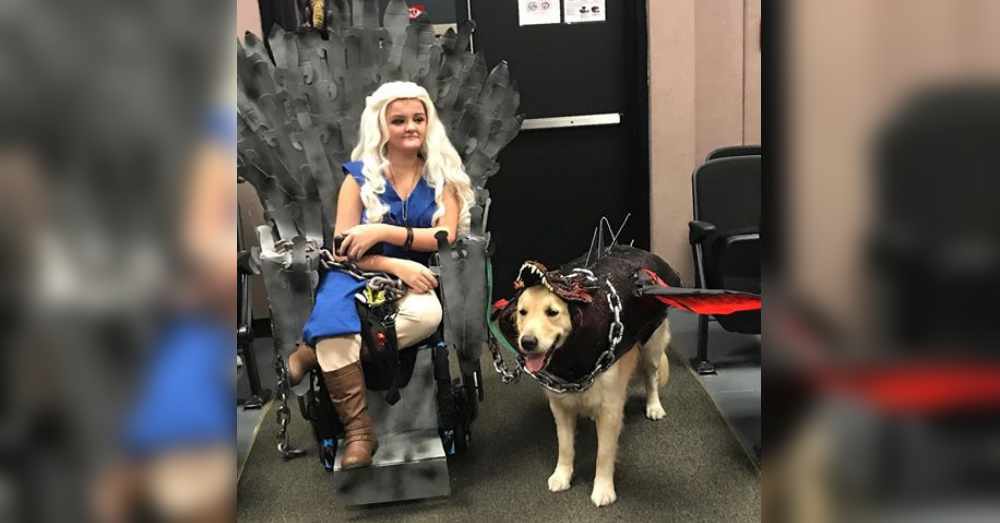 What do you think about Erin and Gauge? They are so sweet together! They looked amazing playing the part of Dorothy and Toto in The Wizard of Oz.

What do you think about a service dog being cast in a high school play? They were perfect for the role of Dorothy and Toto! Would you love to see their performance live?

If you enjoyed this article, please SHARE with your friends and family who love The Wizard of Oz!

Watch the video to learn more and see some of the performance:

This story originally appeared at Do You Remember by Lauren Stewart.

Service Dog In Training Has Adorable Freakout Meeting “Up” Character At Disney Park: Click “Next” below!