A dog showing her teeth – isn’t that a sign of aggression or fear? Not always, and certainly not for Gracie! 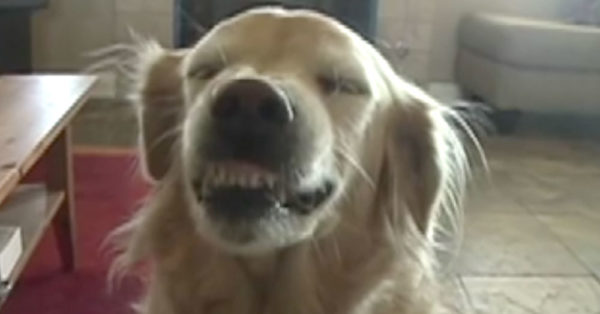 This grinning golden was rescued when she was one year old from the Golden Retriever Club of Greater Los Angeles Rescue. 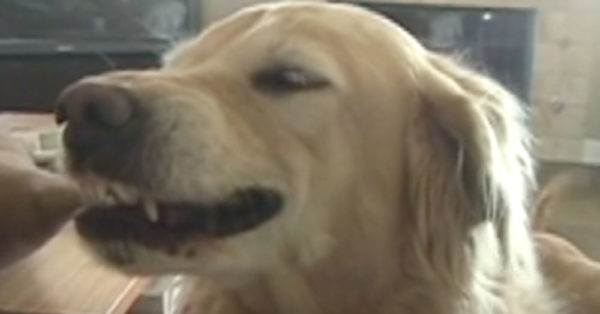 Gracie’s smile is generally known as a “submissive smile,” which just means she really, really, really wants you to love her. In some dogs, it becomes a habitual greeting – especially if reinforced with lots of petting and treats!)

Watch her smile in the video below!