10-year-old Sophie lives with her family in Tanzania. She’s a budding artist and dog-lover with a great sense of humor and a loving family (as you’ll soon see). She works hard in school but has autism and has trouble bringing home good grades.

Recently, Sophie came home with all Ds on her report card and was devastated. She told her family she’d “let everyone down,” and was inconsolable.

“Sophie and my partner were so upset, mainly because she had tried so hard,” said dad Shane Jackson, national president of the Pharmaceutical Society of Australia. But then he got a clever idea to cheer her up. 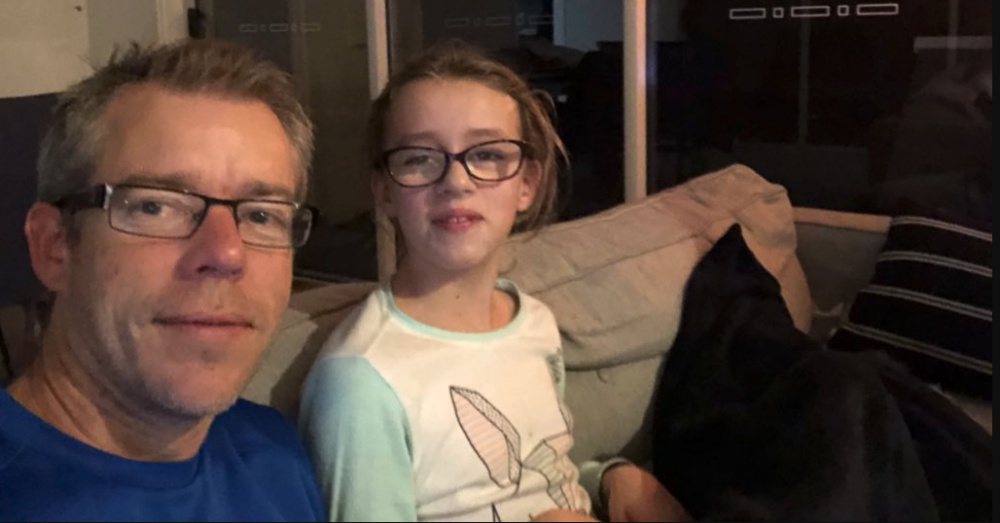 Jackson knew that what the school graded Sophie on was really only a very small chunk of the things that should be valued in life. She’d worked hard, and yet so few of her accomplishments were being acknowledged, simply because the things she was good at weren’t always the same things the school system cared about. So he got out a piece of paper and began writing a report card full of things Sophie was good at and grading her for them. 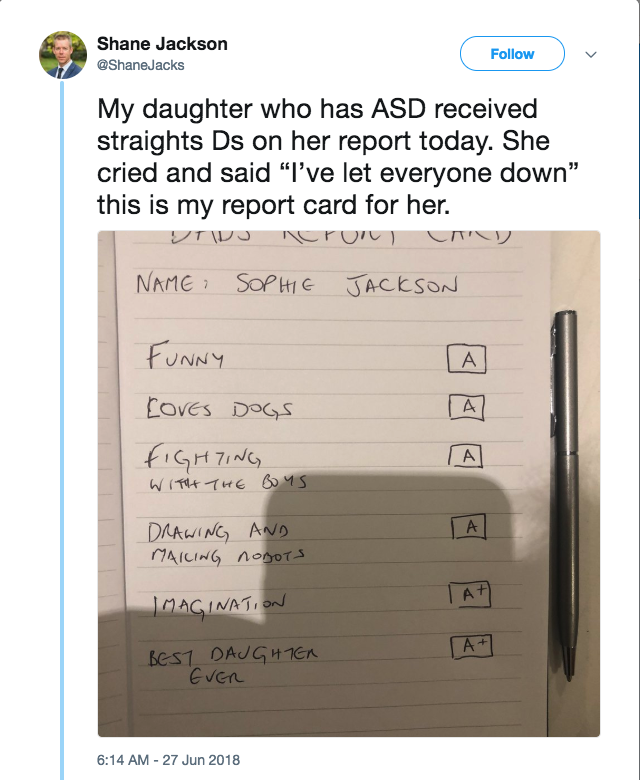 Sophie received all As for being funny, loving dogs, imagination, and more. Her accomplishments definitely something to be proud of!

Jackson posted his report card for Sophie on Twitter, and it received lots of feedback from others, praising his creativity and support of his daughter. The praise for her artwork and other skills lifted Sophie’s spirits and even inspired her to write her dad a report card in return. Jackson reports that Sophie informed him that a B in “funny” was meant to be encouraging. 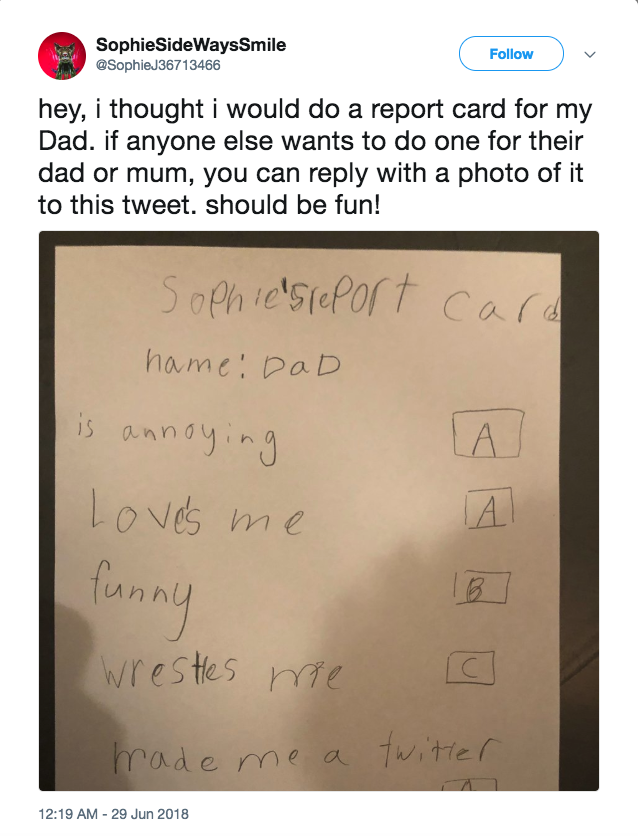 Thank you, Mr. Jackson, for being a fantastic dad through the best and most difficult times in your daughter’s life! The world needs more amazing people like you!

This Single Dad Dresses Up as Spiderman to Help His Autistic Son Cope with Meltdowns: Click “Next” below!