Colorado State University senior engineering students have completed some very interesting capstone projects, such as exoskeletons for dogs and liquid-propulsion rockets. But when the COVID-19 pandemic abruptly shut down classes at the university in March, everything changed.

Seniors would now need to finish their degrees from home, making their final build project much more difficult to accomplish without the tools and resources they had at school. So CSU removed the physical-build aspect of the projects from the grading rubric. Students would be graded only on the merit of their designs rather than on the completion of the build. 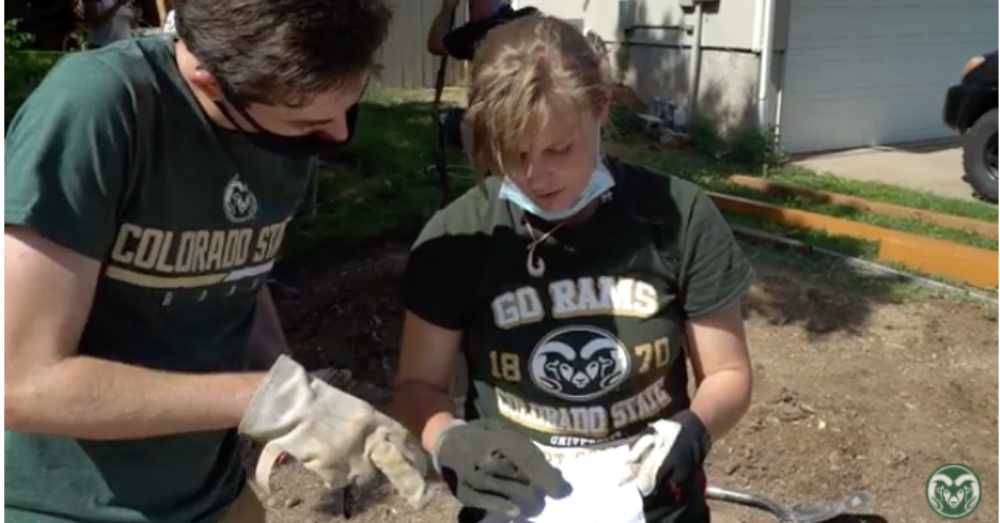 However, three members of the mechanical engineering program found a way to see their project through to completion even during the pandemic. Renee Farnes, Paige Floyd, and Nick Krekeler had decided to build an adult-sized custom swing for a man with autism, and they wanted to make sure he got what they’d promised him. 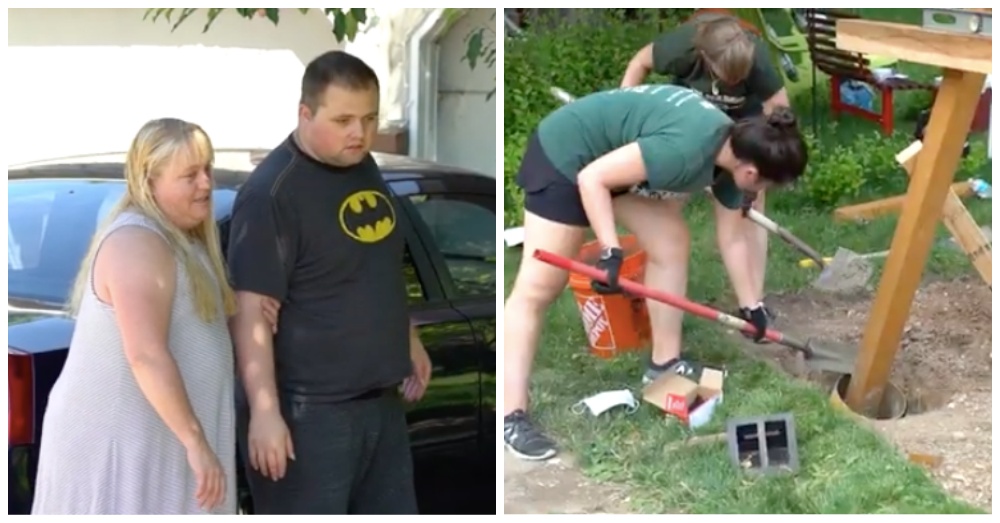 “One of the biggest things that drew us to this project was how we could see the immediate impact,” said student engineer Paige Floyd. “There was this specific client in need, we were working with a loving family, and we would be able to see a final product that could be installed and used. That was very motivating for us.” 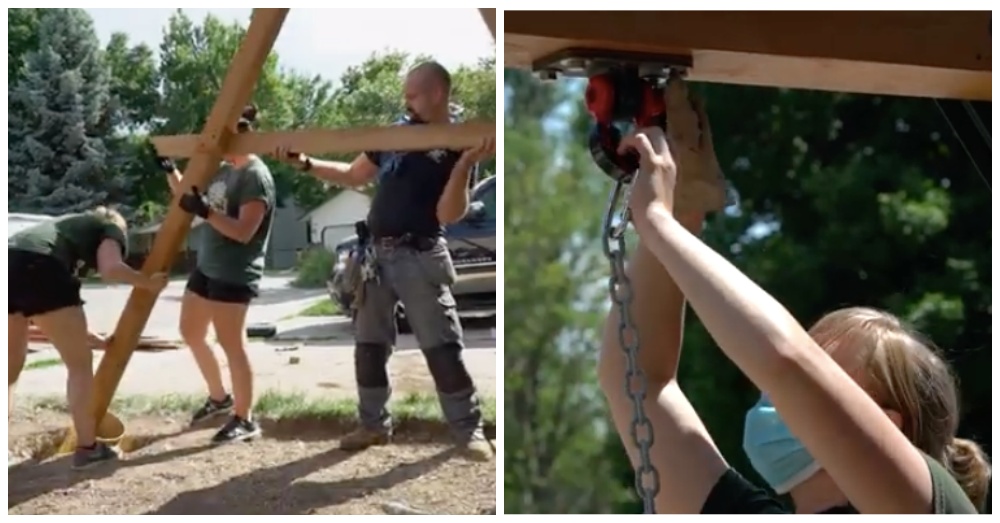 The team’s client, Dylan, is a 26-year-old man with autism who weighs 310 pounds. Typical backyard swing sets and public swing sets are not designed for someone of his size, but swinging is one of his favorite pastimes and is even a therapeutic activity for him.

The three mechanical engineering students invented a swing that not only is capable of supporting a full-grown man’s weight but also has the capability of spinning around in circles, which is one of Dylan’s favorite thing to do on swings. 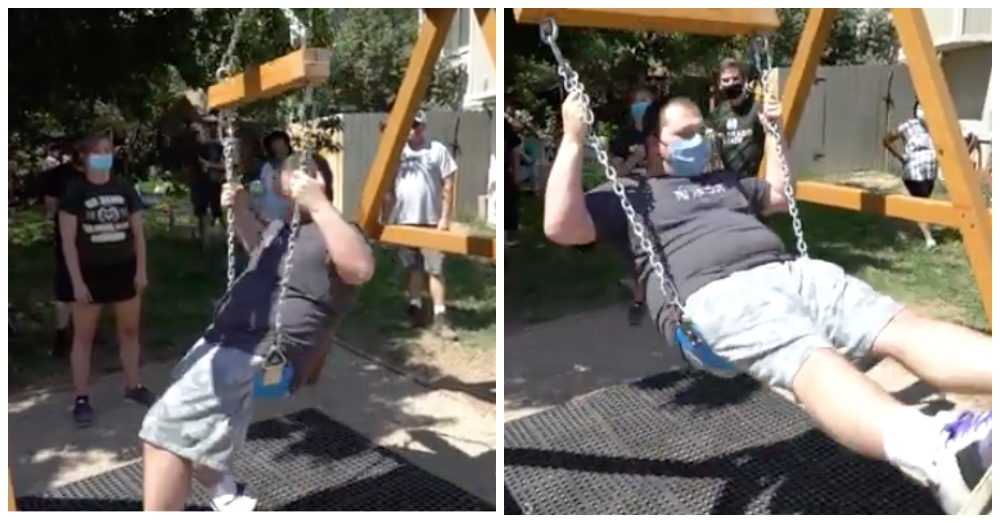 The trio didn’t let a nationwide lockdown stop them from bringing Dylan the swing of his dreams. With masks over their noses and mouths, they set to work in Dylan’s front yard, with Dylan and his mom, Holly, overseeing their work from a safe distance.

The project was fully finished in early July in the presence of Dylan and his family, as well as the Poudre Fire Authority, who heard about the project and wanted to help. They brought their truck as a special treat for Dylan and assisted with the final part of the build.

Check out the video below to see the team in action and find out how much Dylan enjoys his new swing!