Ashlee Cody was taking the Northwest Expressway when she noticed something strange. A boy was standing on the expressway, in the middle of heavy traffic, making noises, holding his hands over his head and even crouching to the ground at one point. While other motorists yelled and even cursed at the boy, Ashlee had a different perspective. She saw something others didn’t and knew she had to help this boy get to safety. 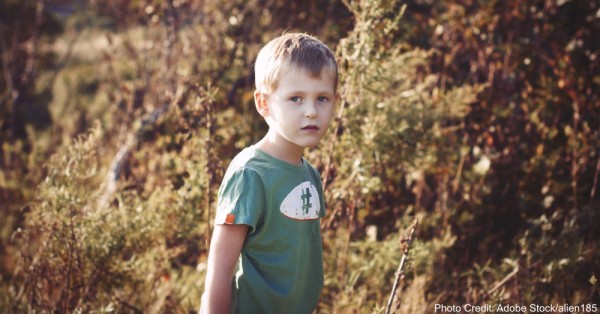 Ashlee’s son and daughter were in her vehicle with her. Her seven-year-old daughter has autism, and when Ashlee saw the boy on the expressway crouch to the ground, she realized that he had the same disorder. She pulled into a nearby parking lot but wasn’t sure how long her kids could be alone in the car. According to the Oklahoman, she got help from a jogger and a pregnant woman. The jogger helped her get to the boy safely, while the woman watched Ashlee’s kids.

The 12-year-old boy wasn’t wearing a shirt or shoes, and his pants kept falling down because he didn’t have a belt. According to KFOR, Ashlee could tell that he was going through sensory overload because of all the traffic. Luckily, she had noise-canceling headphones, which she slipped over his ears. 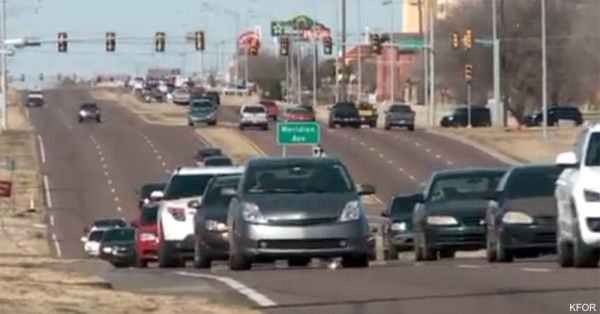 Ashlee had already called 911, and the police contacted an autism program at a nearby church, along with schools in the area, in an attempt to identify the boy. They also alerted the media. Soon enough, a missing persons call came in from the boy’s mother, and the father went to pick him up. Ashlee talked to the father to make sure everything was OK. The father was just happy that a stranger and police officers were able to recognize the symptoms of his son’s autism, as many mistake his son’s actions when stressed as aggression.