Two professors from Texas Tech are making a difference for children with autism and their families by designing therapy clothing that looks no different from ordinary clothes. The two design professors, Su Shin and Kristi Gaines, spent a year with their associates developing articles of clothing such as skirts, hoodies, and pants with special features and fabrics to help kids on spectrum deal with sensory difficulties. The initial response has been incredibly positive.

Shin and Gaites saw the need for sensory clothing that maintained a consistent “near environment” for children with autism. Kids on the spectrum often have difficulties with sudden temperature changes, physical touch, and noise. The sensory clothing helps control these factors so wearers are better able to cope with them.

For instance, one clothing item is a hoodie with soundproof padding on the hood. Another piece has fidget tabs in the pocket to help children calm themselves, and another is a vest filled with inflatable material to keep constant pressure on the chest. Some clothing also contains special fabrics such as bamboo fiber, which wicks moisture to keep temperature-sensitive kids from dealing with wet clothing when they sweat. 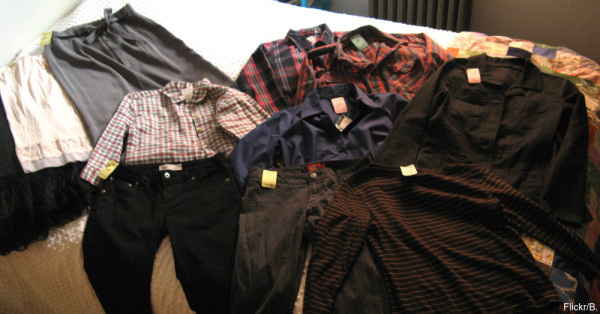 Although therapeutic clothing for kids with autism already exists, it's usually expensive and conspicuous. Shin and Gaites' garments, on the other hand, look just like regular clothing, allowing kids to blend in with everyone else. Kids and their families have tested the various clothing pieces and materials to help the researchers learn what works and what doesn't. Both professors have been blown away by the attention and support the project has received thus far.

Although the clothing line is still in the testing phases as of April 2016, Shin and Gaites are looking for further funding to continue the project. Hopefully, this clothing line makes it to a wider public; it has huge potential for families with children on the spectrum. Check out another clothing line designed to keep kids with autism safe.