When you’re a preschooler, the idea of a best friend may conjure images of digging in the dirt, shared ice cream cones, and tug of war over your favorite toys. Yet for a unique boy from Kazakhstan, a best friend also means someone with whom you can enjoy a hardy “stump bump.” Born without a right hand, Kirill was placed for adoption 20 days after birth. Four years later, he’s finally found his permanent family in Canada, and it just so happens to be with “Grampy,” a man who was also born without one of his hands. 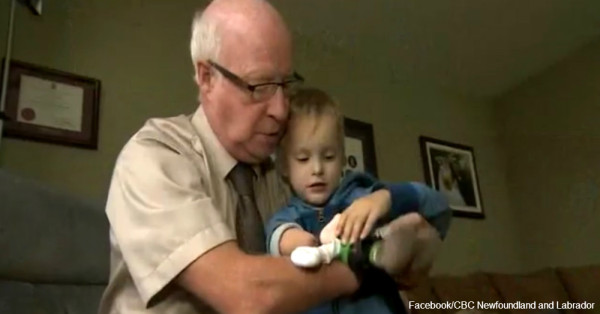 After a lengthy three-year adoption process, Doug and Lesley Facey of Paradise, Newfoundland, finally welcomed home a boy whose tumultuous childhood included being passed over by several prospective adoptive families, quite likely a result of his missing appendage. Where others may have seen a disability, however, this couple saw endless possibilities.

Doug knows from experience the potential that someone with only one hand can reach. After all, his dad is one of those people. And it is this commonality that has led to a playful, loving bond between Kirill and his new grandpa, Chris Facey.

When the two fellows met in September 2015, it was the first time that Kirill had seen someone else who had a shortened arm. Immediately after meeting, Chris held out his arm for his grandson to examine. While his fingers touched the older man’s arm, a smile formed across the boy’s face. 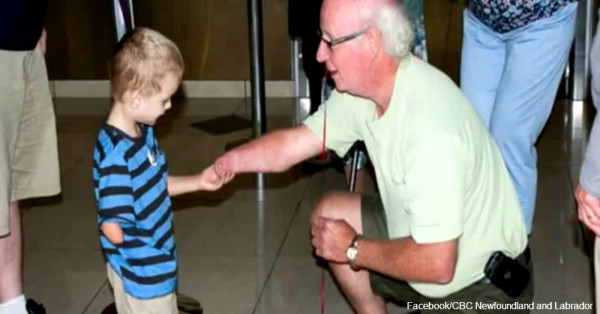 It didn’t take long for the two to devise what many boys and men have created before them: a special greeting. In this case, they call it the “stump bump,” and it’s a good-natured reflection of two boys, one young and the other younger, who recognize that the sky is the limit, that anything is possible.

While Kirill and Chris discovered an exceptional commonality they share, consider the ways that you and your best friend are alike. When we look beyond the surface, it can be amazing how much we all have in common.