The presentation of a cheeseburger cut in half may not even register in the minds of most diners, but to 7-year-old Arianna, it meant her burger was “broken.” In this form, the girl who considers burgers to be her favorite food couldn’t even bring herself to touch her meal. Thankfully, an especially helpful group of Chili’s employees was there to save the day—and lunch.

Like many children on the autism spectrum, Arianna has to have things a certain way to feel at ease. To her, a burger cut in half was just not right. 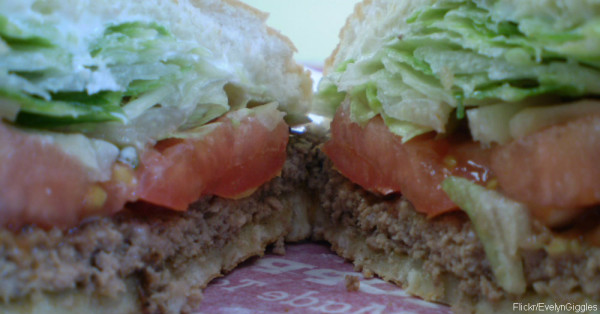 When Arianna’s older sister realized why the girl wasn’t eating her burger, she quickly informed their waitress. While not all restaurants have a reputation for handling kids with autism smoothly, this waitress didn’t miss a beat.

After cheerfully explaining to Arianna that she would get right to work on “fixing” the cheeseburger, the waitress set off to inform the cook she needed a second burger. During the wait, the manager on duty found Arianna and assured her the replacement was on the way, offering some extra french fries to fill the waiting period.

When the new cheeseburger reached the table a few minutes later fully intact, Arianna was so thrilled that her first reaction wasn’t to eat her food, but to kiss it repeatedly.

News of this story quickly spread, and before long it was viral. Chili’s outstanding customer service in this instance was lauded by people all over the world, resulting in nearly a million likes on the initial the Facebook post Arianna’s sister wrote after the meal.

There are countless stories just as touching as this one when it comes to treating a person with autism lovingly. Tell us about a time someone went above and beyond for your child.