Thomas Morrow has autism, so his desk at school is set up a bit differently than his classmates’. They often asked him questions about it but didn’t completely understand when he tried to explain autism to them. To help them understand, Thomas came up with quite the solution. He teamed up with his grandmother to write The Autistic Turtle, a book that Thomas hopes raises awareness and shows other children with autism that it’s cool to be different. 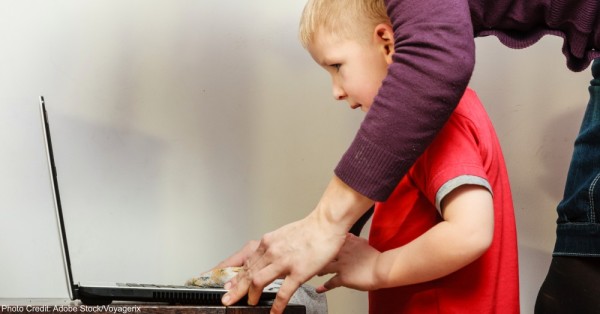 Thomas’ autism diagnosis came when he was 2 1/2 years old. His mother, Tiffany, acknowledges that the diagnosis was hard to hear, but she also found that the best way to handle it was by embracing it. Of course, she was thrilled to see Thomas and his grandmother work together on this book.

According to The Mighty, the writing process involved Thomas explaining his ideas for the story and his grandmother typing it on the computer. Thomas made sure the story addressed some common questions his friends had, such as why he used toys for sensory play and why he sees certain things differently. He also included an exciting surprise for all his friends—the characters in the book were named after them.

Thomas’ grandmother was going through chemotherapy for stage three breast cancer while writing the book with Thomas. The experience was fun for both of them, as Thomas would play, swing around his grandmother’s bed, and come up with ideas while she watched and typed.

Thomas was only 8 years old when he came up with the idea for The Autistic Turtle. He and his grandmother self-published the book, and the attention it received even led to Thomas meeting fans at a local cafe.

Thomas isn’t the only child with autism to write a book. Read about another girl on the spectrum who wrote a book to help her classmates understand autism.