Aaron Cahal has autism and is essentially unable to speak. However, that didn’t stop the 23-year-old man from alerting the police when he heard the screams of a drowning toddler. By working around the obstacles of his autism, Cahal likely saved the young boy’s life.

According to WHIO, doctors diagnosed Cahal with autism when he was 2 years old. He can kind of talk, but no one understands him when he does. For this reason, his primary method of communication is through text, usually with text messages or on social media.

As Cahal, who lives at home with his parents, hung out in his backyard on Mother’s Day, he began to hear loud screams, which scared him but also alerted him that someone was in trouble. He started walking toward the sound of the screams and texted his father about hearing a “scary cry.”

He couldn’t explain the situation if he called 911, so Cahal did the next best thing — he went to the Facebook page of the South Point Police Department and started posting pictures of where he was, along with messages explaining that someone was screaming. An on-duty police officer saw the messages and headed that way.

According to People, the source of the screams was an 18-month-old boy who had fallen into a pool and was drowning. Fortunately, a woman pulled the child out of the pool and performed CPR. However, the emergency vehicles that were on their way didn’t have the address. 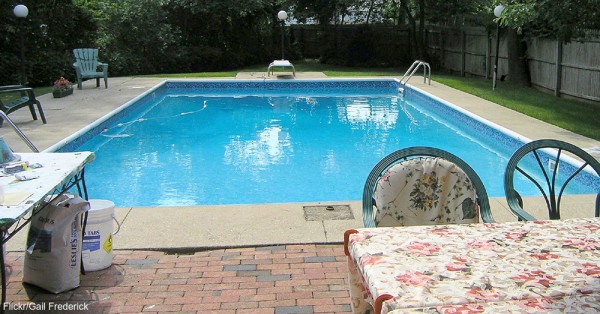 That’s where Cahal’s photos came in handy. The last one was a picture of the house, and rescuers used that to get there and take the boy to a hospital. People reported that the boy recovered at the hospital, and his family hoped to get the chance to thank Cahal in person for his help.

How cool is it that Cahal figured out how to get the attention of the right people and direct them to the right place at the right time, even though he couldn’t talk? It’s so important not to assume that nonverbal people on the autism spectrum can’t understand what’s going on around them or that they’re not intelligent. They’re often thinking and problem-solving more than anyone gives them credit for.