After attending college for 14 years, a young man with autism is graduating with his bachelor’s degree.

Now those years of persistence and dedication have paid off, and he has graduated with a bachelor’s degree in General Studies. 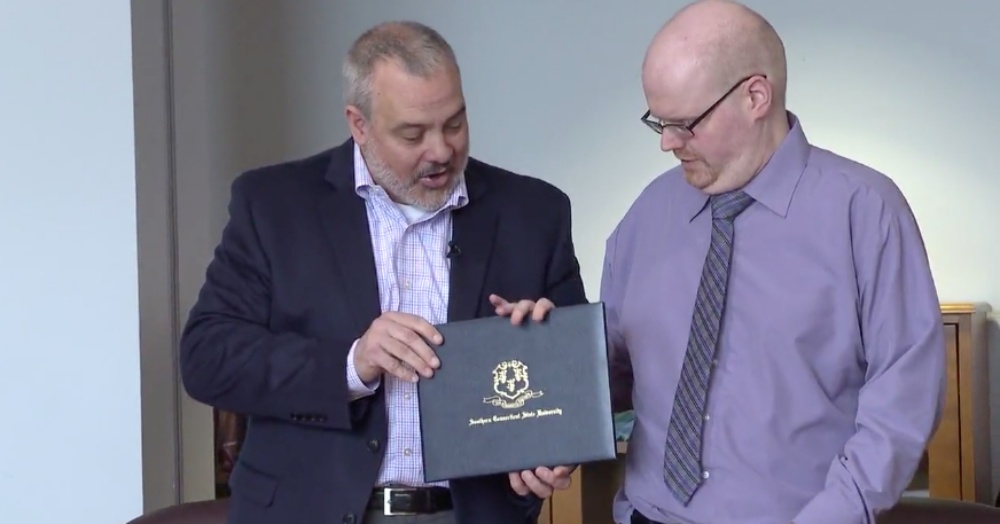 Vaughn was diagnosed with autism when he was five years old. After seeing the movie Rain Man, Vaughn’s father, Robert, sought a diagnosis for Vaughn. He and Vaughn’s mom, Laurajean, had had their suspicions that Vaughn was on the spectrum prior to seeing the movie, and they soon got confirmation from the Yale Child Studies Clinic that Vaughn had autism.

His two brothers are also on the spectrum and are also pursuing higher education degrees. 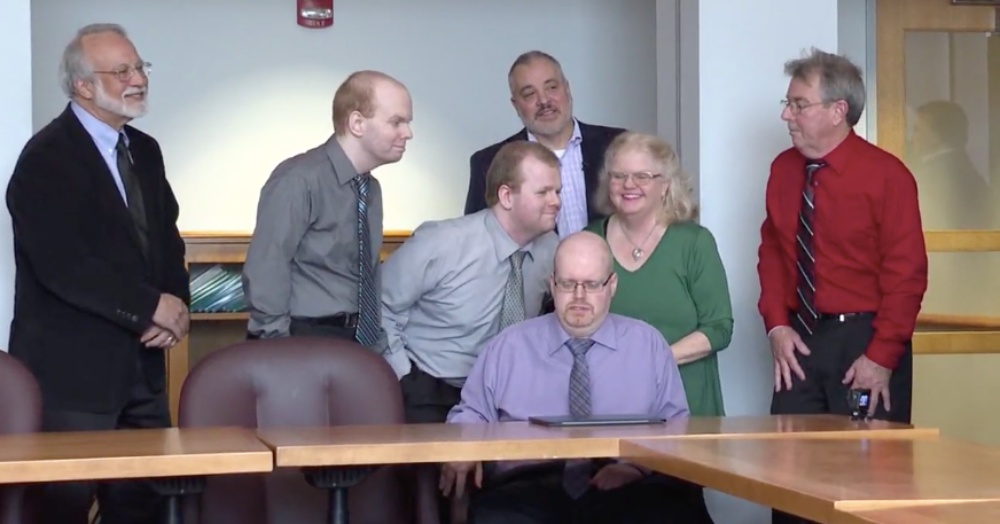 Vaughn attended a special graduation ceremony at SCSU, and was the school’s first graduate of 2020. Dr. Bob Prezant, the provost at SCSU, spoke about Vaughn at the ceremony, as did SCSU President Dr. Joe Bertolino. They had nothing but positive things to say about him.

“You wanted to learn about the world around you and you opened yourself up to some new experiences,” said Bertolino.

“The true test of success is persistence,” he added. “Charles, you have taken your own path.”

Vaughn says he plans to work on computers now that he’s a graduate.

Robert and Laurajean couldn’t be prouder of their son, and are hopeful that he will serve as an example of what people with autism are capable of. 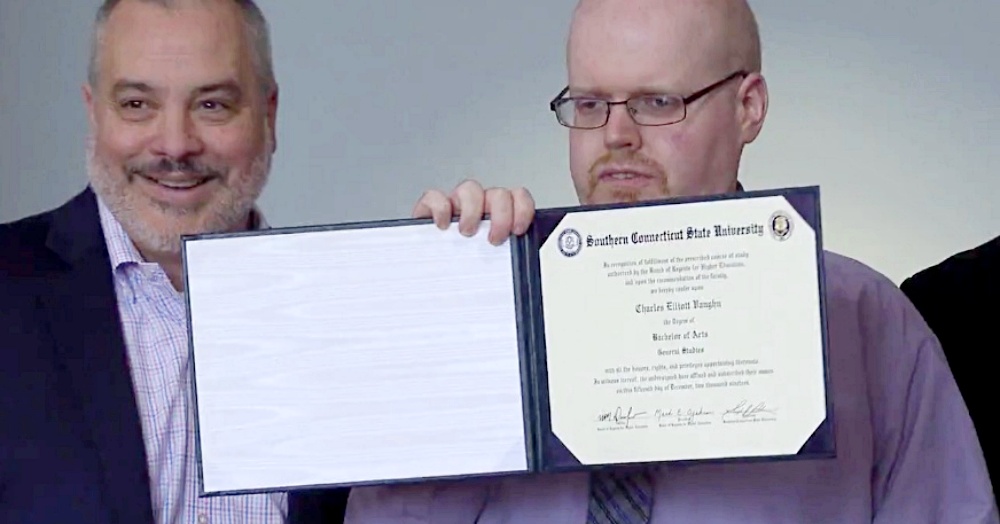