Ollie Carroll is just seven years old, and he is already unable to speak or see and uses a wheelchair to get around. He has Batten disease, a neurodegenerative disease that results in symptoms very similar to the dementias more typically seen in much older people. His parents, Lucy and Mike Carroll, are terrified that he may one day soon be unable to even remember what they look like.

“Ollie was born completely healthy,” his mother recalls. “He was hitting all of his milestones, he was potty trained. When he was around two-and-a-half we started to notice a speech delay. We mentioned it to the health visitor, but one of our older sons had the same thing and had caught up by the time he started school so we were told not to worry. He was always falling over and bumping into things as well, but he was a little boy and the health visitor said it was normal. There was no indication that anything was wrong, and we can see why and how it was overlooked.” 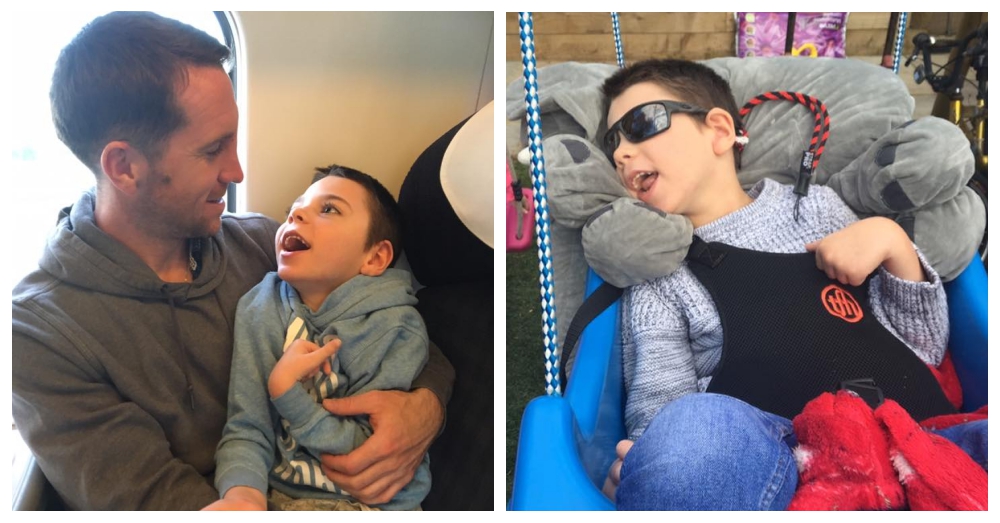 About a year later, Ollie had his first seizure in the bathtub. His parents revived him and rushed him to the hospital, where they were reassured that the convulsions had been brought on by a high temperature and likely would not happen again. But two hours after the family left the hospital, it did. Over the next few weeks, Ollie continued to have seizures and underwent a variety of tests until he finally received his heartbreaking diagnosis, and the family was told it was genetic.

“It hit us like a tonne of bricks,” says Lucy, “but in our head, we thought, ‘we’ve got one terminally ill child, surely it can’t happen again, life can’t be that cruel.” 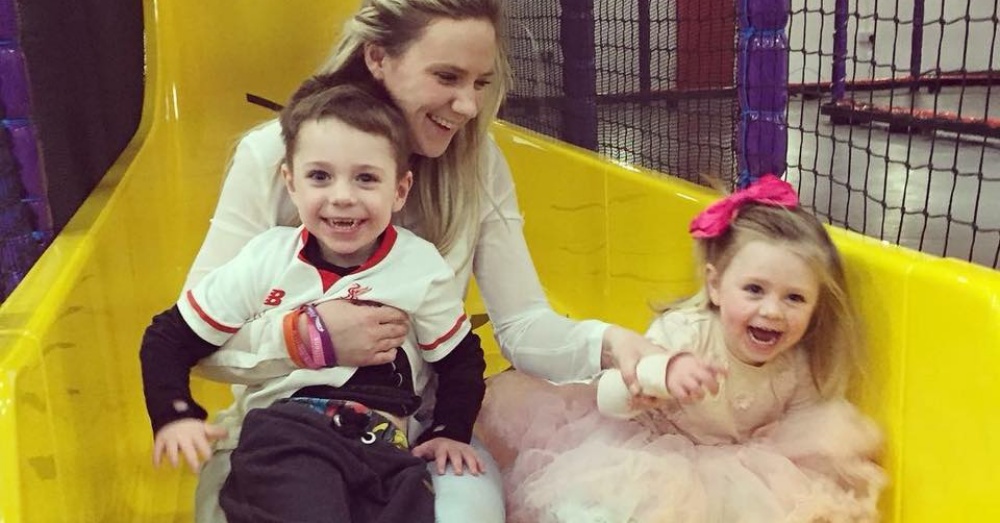 The Carrolls have two older children, Danny, 11, and Micky, nine, who do not have this terrible disease, although they may still be carriers. But the couple also has another young daughter, Amelia, who was diagnosed with Batten disease at the age of four, just a month after her brother was.

“She’s our youngest and only daughter,” says Lucy. “Knowing that you are going to have two children die before you, words can’t describe it.”

Both Ollie and Amelia are slowly dying, as Batten disease is considered incurable at the moment. Most children like them do not live past the age of 13. 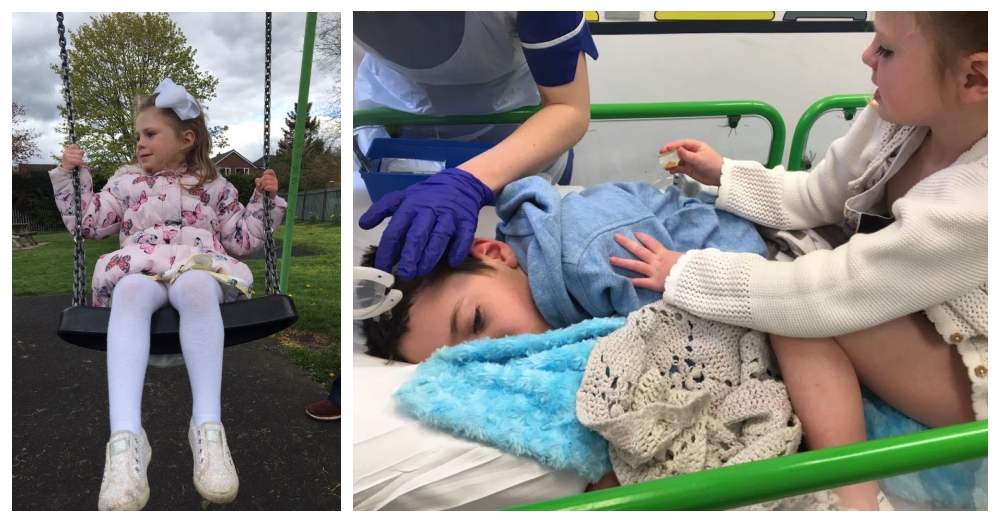 Devastated by the double diagnoses and determined to do something to try to stop the disease from taking their two young children away from them, the Carrolls fought for two long years to get their children into a clinical study at Great Ormond Street Hospital. The study was showing positive results but had closed to new applicants four months earlier, so it took the family 22 months to appeal and convince the study to open up five new spaces, allowing Ollie, Amelia, and three other children to get treatment.

The family believes the trial is making a world of difference.

“Ollie’s symptoms have been stabilised,” says Lucy. “He’s gone from having hundreds of seizures a day to just one in the last 16 months. He’s no longer in pain, he can still go swimming and to mainstream school, all the things that he shouldn’t be doing. He still has a fantastic quality of life.” 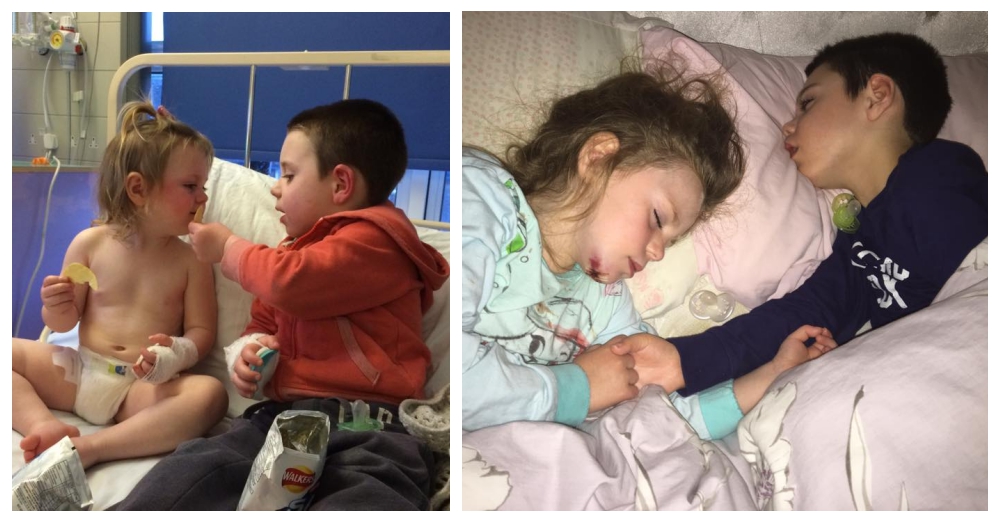 And Amelia? Well, it’s almost like she doesn’t have the disease at all.

“Amelia started treatment before her symptoms started, and she’s exactly the same now as she was. She is five and in mainstream school, she’s learning, counting, playing and running around. It’s amazing to see. She had one seizure before the treatment started and she’s not had one since. Instead of regressing she is progressing, learning new words and learning to count.”

Treatment seems to be working, but the family is undergoing yet another fight to make the medicine available in the United Kingdom, where they live. And even with treatment, Ollie has already lost so much of his life to this horrible disease. 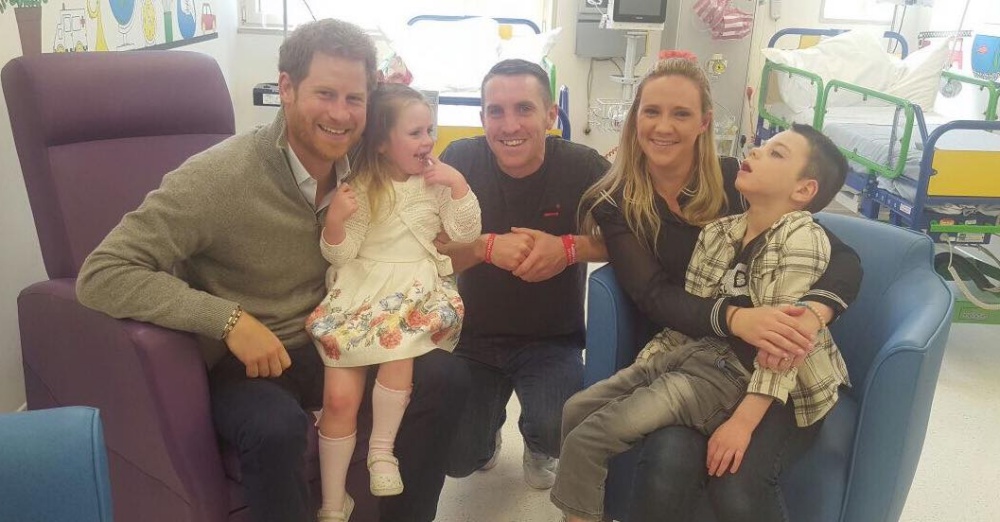 2-Year-Old Marian Has Childhood Alzheimer’s, And Her Story Will Break Your Heart: Click “Next” below!