Thatcher Grayson is only 11 years old, but the 6th grader has already gone through a traumatic situation that will likely stay with him the rest of his life.

On September 14th, his mom, Jo Grayson, received a text from his teacher that briefly described an incident with Thatcher. 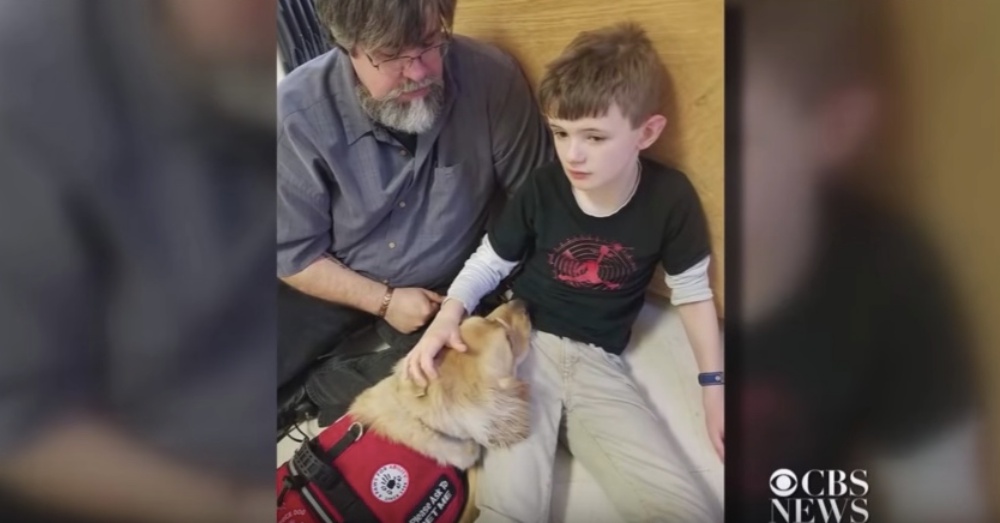 “The nurse and I had to physically help him get up off the gym floor,” the text said. “He wouldn’t move and other kids were trying to play. I apologize if he has marks on him.”

Grayson thanked the teacher for the information, but thought the behavior seemed out of place for Thatcher. 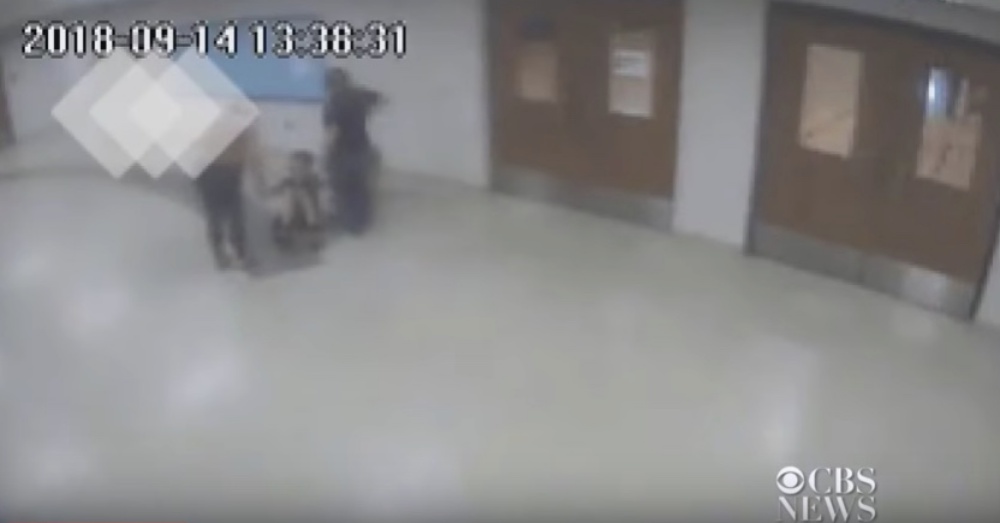 Then later that same day, Grayson got a call from someone in Child Protective Services, and was told a little bit more about what had happened — including that he’d been dragged. 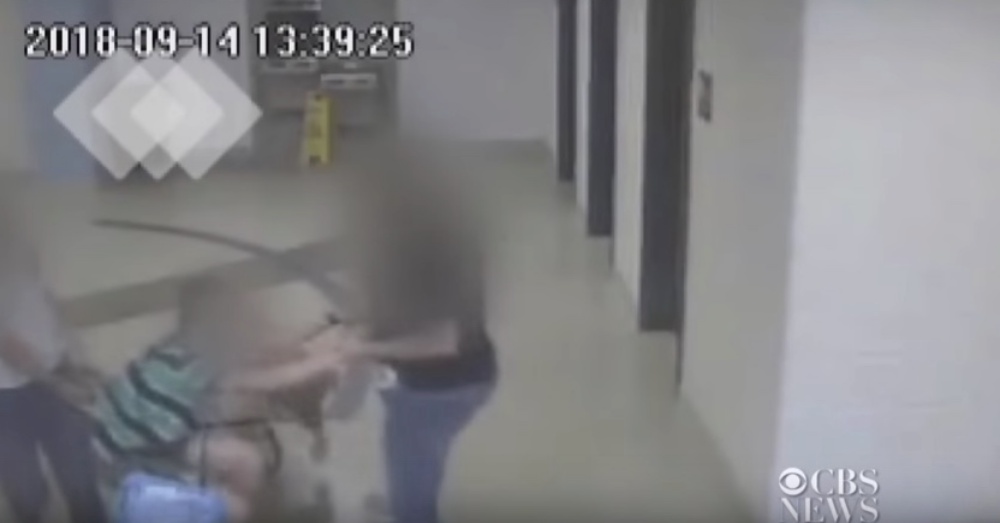 When Grayson helped her son get ready for bed that night, she saw the bruises. They were all over him.

The next school day, Grayson went to Tates Creek and requested the surveillance video, at the advice of her lawyer.

And the surveillance video told a different story than the one she’d been told by Thatcher’s teacher. 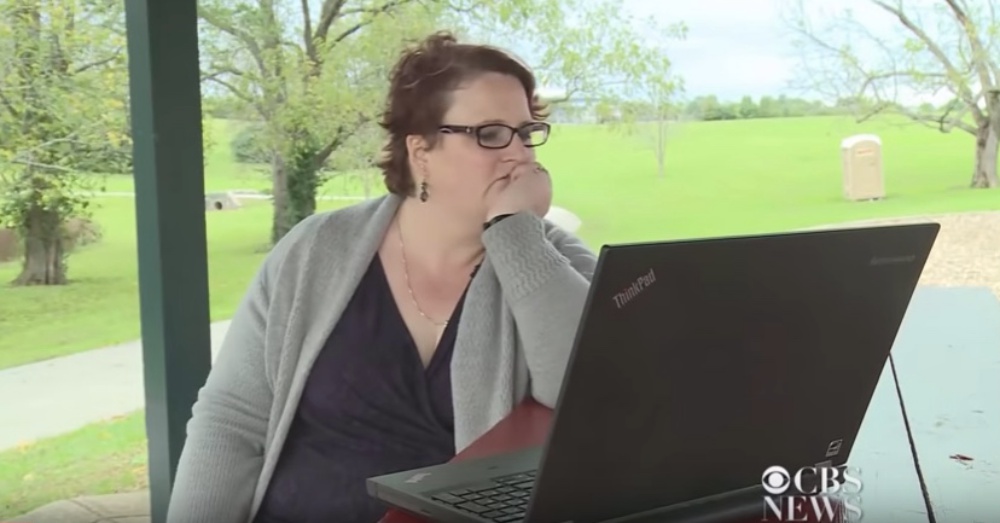 In it, she saw her son being dragged and carried through hallways and even up stairs by his teacher and the school nurse. His dog followed behind him uncertainly, tethered by his leash to Thatcher. At one point, it looked like Thatcher was shouting or screaming. 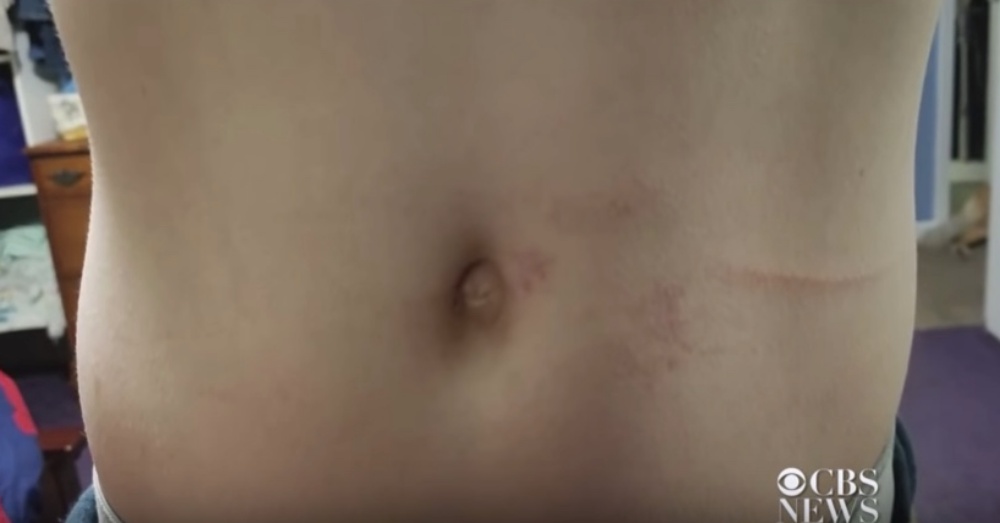 “He’s clearly screaming. He doesn’t want them to do this,” Grayson says in the video below.

Apparently the issue started because Thatcher refused to stand up in class. 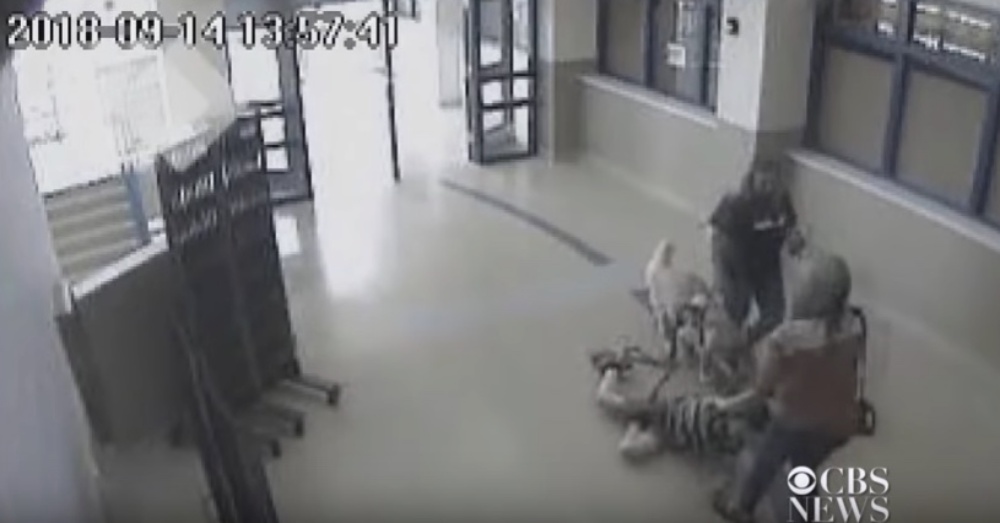 The school district issued a statement which read in part:

“Incidents of this nature — in which an employee is acting outside of the district’s expectations and out of line with the training provided — are isolated. Our training is very explicit that physical restraint is a last resort only to be used when a student is a danger to themselves or others. The training also shows employees the proper ways to hold or transport students. In this case, neither of those standards were met.

“There is absolutely no tolerance for the conduct of the employee in this incident, and while we cannot discuss specifics, we do want to reassure our families that we take any situations of this nature very seriously.” 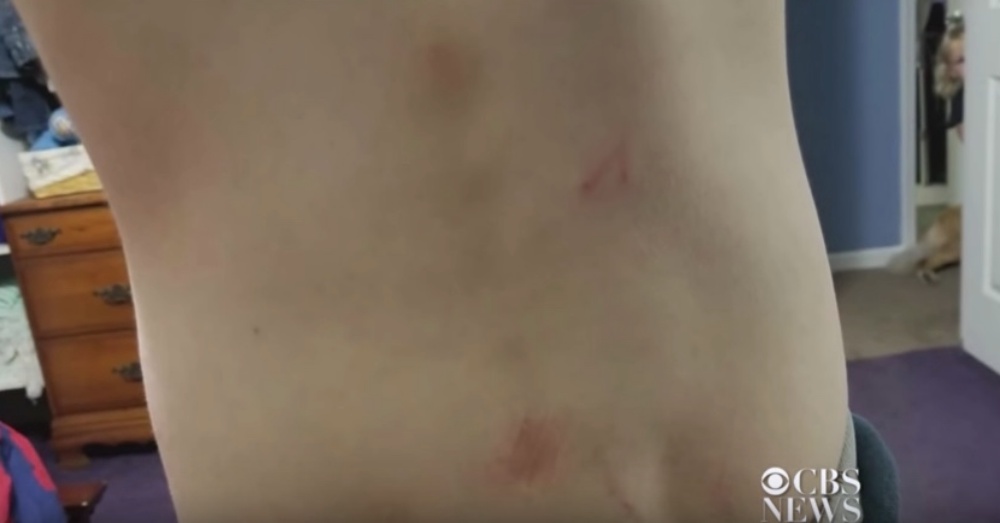 The teacher is no longer employeed at the school, and the nurse has been placed on paid administrative leave “pending investigation.” There is both a state investigation and a school investigation underway.

Thatcher is back at the same school since the offending employees are now no longer there. His mother will be pressing charges.