When we think of therapy animals, chickens aren’t exactly the first thing that comes to mind. We typically think of dogs, or maybe even cats or horses.

But for one little girl in Australia, chickens have not only been a source of therapy…they’ve also become friends to her.

Summer Farrelly is a 10-year-old autistic girl from Bundaberg in Queensland, Australia. And in spite of her young age, she is the creator of Chickens to Love, a program that provides chicken therapy to anyone who is interested. That is, it’s not just for autistic people; anyone can participate because “everyone should be loved, feel loved and valued.” 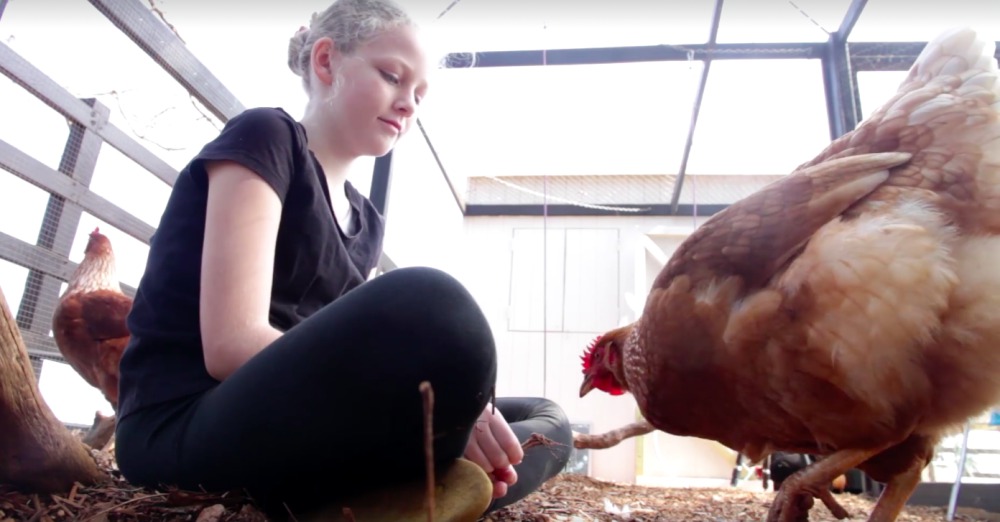 The whole thing started when Summer bonded with a blind chicken. The chicken became her friend, and they started depending on each other. And things took off from there.

“Obviously when you’ve got one chicken, before you know it you’ve got your whole backyard full of chickens,” said Summer’s mom, Cynthia Farrelly.

As Summer interacted with the chickens, something incredible happened: she found herself gaining more insight into social situations. The chickens also helped her with emotional regulation; Summer is an empath, which means she is very sensitive to the ways others are feeling and experiences deep compassion for others, even total strangers. Which is a gift and treasure, but it’s also a huge emotional investment to care so deeply, so it can be difficult. 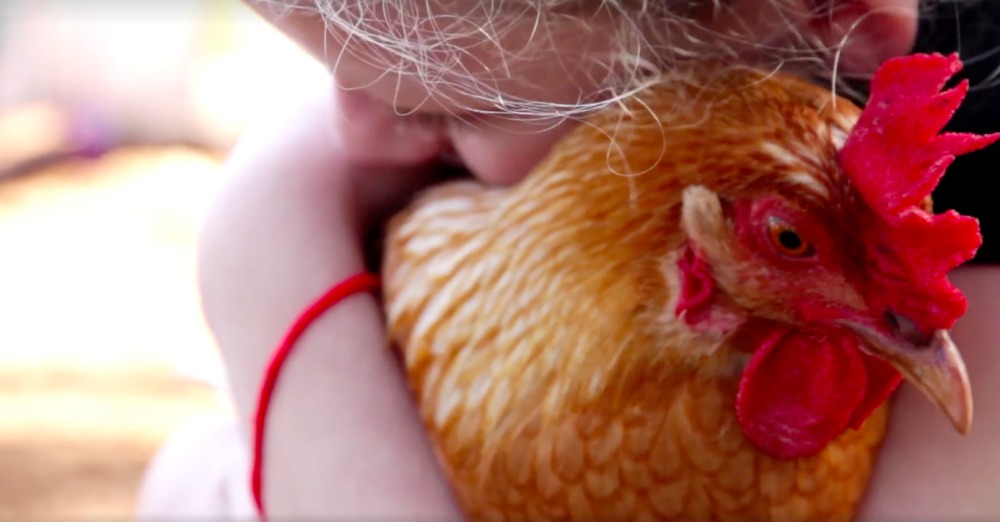 “So having chickens has given her a sense of understanding of her emotions a bit better and putting them in context,” her mother explained.

So what is it about chickens that makes them so special? Summer explained, “They’ve helped me understand people more and they make great friends. They kind of act like people because they’ve got their friendship groups and some of them don’t like each other; some always hang out and they never split up. They’re really curious, they walk around and then they’ll just go like ‘What’s this?’ and then they’ll just give it a funny look and start pecking at it.”

And it was their behavior that caused Summer to draw connections to human social patterns.

“I went, hold on a minute, I think that there’s something in there, so we just decided to write a program based on that,” said Summer’s mom.

And thus, Chickens to Love was born.

Learn more about Summer and her chickens in the video below!