Since we first published this story, an official for the Dade County Police Benevolent Association has come forward with a statement on the shooting of Charles Kinsey. “This is not a case of a rogue cop,” said PBA President John Rivera. “This is not a case of police abuse. This is a case where a police officer was trying to save Mr. Kinsey’s life and, unfortunately, his shot went astray.”

While few details have been released, the union is standing by its claim that the officer who shot Kinsey, a 30-year-old male who had been with the department for four years, was aiming for the man with autism who Kinsey was trying to protect. The officer has also released a statement.

“I took this job to save lives and help people,” the officer said. “I did what I had to do in a split second to accomplish that and hate to hear others paint me as something I am not.”

Charles Kinsey is a therapist in a group home. He works with people from many different backgrounds, and must use a great deal of patience and care in his job.

He doesn’t carry a gun. His job doesn’t require it.

When a 23-year-old man with autism left the home where Kinsey worked and wandered into the street carrying a toy truck, Kinsey followed after him.

It was his job.

Moments later, Kinsey was down, too, shot in the leg by a North Miami police officer.

The officers arrived in the same area following a 9-1-1 call that reported a armed man threatening to kill himself. They saw Kinsey and the autistic man in the street. There was no resistance. The police shouted orders and approached the sitting man. On a phone recording of the incident, you can hear Kinsey explaining to officers that he is a behavioral therapist a group home, and that the autistic man had no gun but a toy truck.

Three shots were fired, and Kinsey was hit in the leg. 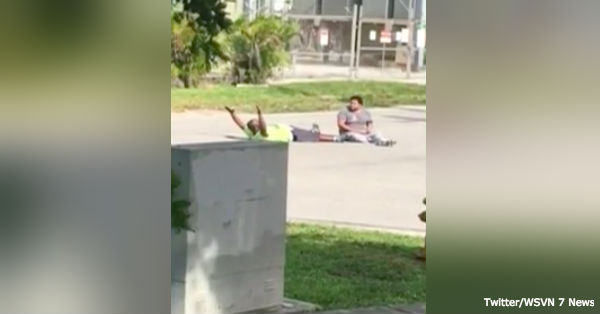 Charles Kinsey lays in the street next to the man with autism he went out to help, moments before he is shot by police.

“He throws his hands up in the air and says, ‘Don’t shoot me.’ They say lie on the ground, so he does,” said Hilton Napoleon, Kinsey’s attorney. “He’s on his back with his hands in the air trying to convince the other guy to lie down. It doesn’t make any sense.”

North Miami police have reported that police “attempted to negotiate with two men on the scene.” But Kinsey, while lying on the ground, being flipped over and handcuffed for an unknown reason, asked his assailant why he shot him.

“I don’t know,” the officer responded. 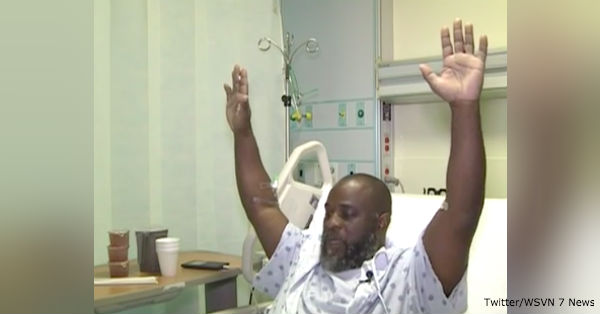 Kinsey was interviewed from his hospital bed after the incident.

Police officers in North Miami must have clean records. They must have at least 20/50 eyesight in each eye. They must be at least 19 years old, with high school diplomas, and passing scores on department approved reasoning and comprehension tests. They are held to many of the same standards as other officers in the country are.

As is standard discipline for discharging a firearm while on duty, the officer was placed on a week of administrative leave. There is yet no discipline in the North Miami police department for “I don’t know.”

Kinsey was uncuffed and taken to Jackson Memorial Hospital, where he was interviewed by WSVN 7 News.

We need to provide our law enforcement with Autism-Interaction Training. An encounter with a person with autism has the potential to be confusing and harmful if police aren’t educated on the nature of autism.

Sign the petition to the Attorney General of the United States so that all officers can be equipped with necessary autism training!

Matthew Russell is a West Michigan native and world traveler with a background in journalism, graphic design, and French pastry. He likes to learn new things whenever possible, and enjoys bicycling, going to the dog park, folk music and coffee.
Whizzco