Single mother Gayna Pealling and her two children, Amy and Jack, were riding a train from Winchester to Farnbourgh in the United Kingdom when a minor change of plans caused a minor disaster for the family.

“Usually we get a direct train from Farnborough straight to Portsmouth, but that day we couldn’t,” Pealling told Mirror.co.uk.

However, five-year-old Jack has autism and severe ADHD, and he doesn’t do well with public transportation to begin with. He was getting seriously agitated on this journey with all the waiting and the crowds that surrounded them. As a result, he began swearing and screaming and striking his mom and younger sister. He was most definitely in the midst of a meltdown. 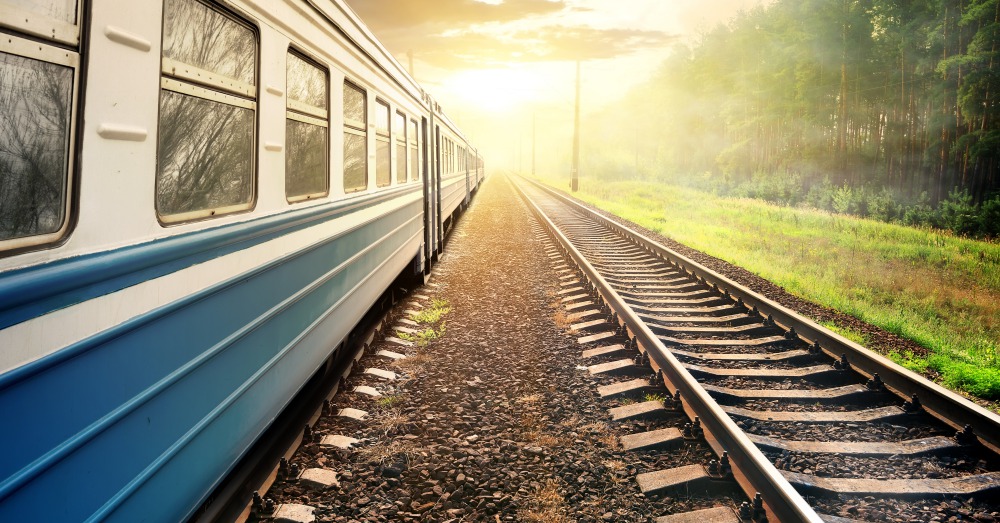 Needless to say, Jack’s reaction drew attention. “I explained to people around me about Jack’s ADHD and autism and asked them to bear with us, but you can tell people think you’re a bad mum sometimes,” Pealling said. In fact, her family has been kicked off public transportation 12 times this year due to Jack’s outbursts.

But this time, something different happened: a 21-year-old man named Daniel Ball stepped in and saved the day by playing with and interacting with Pealling’s kids. 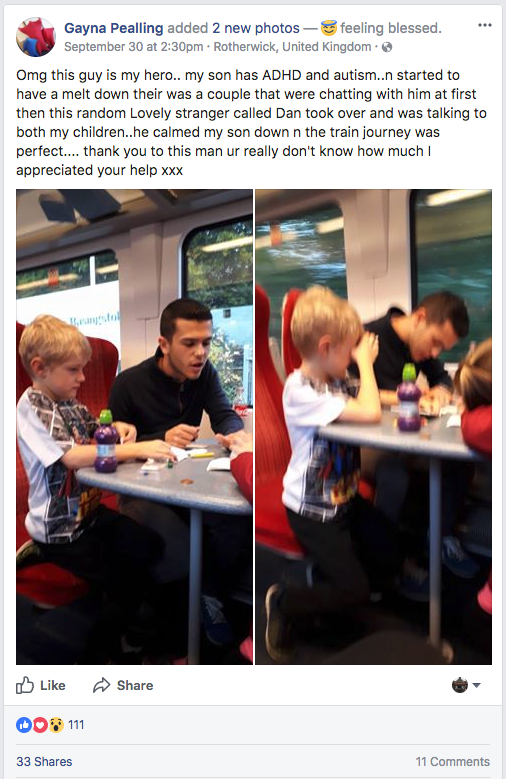 With Ball taking care of the children, Pealling was finally able to relax. “We were on the train for about an hour and Dan just passed me my hot drink and said ‘I’ve got it,'” she explained.

Ball doesn’t consider himself a hero for what he did. But for Pealling, his act of kindness made all the difference in the world. She took to Facebook to share what had happened, and it wasn’t long before the post went viral.

But that’s not all. Now Pealling and Ball (along with Ball’s mother, who is a special needs educational consultant) are teaming up to promote what they call the “Come to My Rescue” campaign. The idea behind this is, people who want to help can wear a badge that reads “The Rescuer,” letting parents know who is willing to step in and assist if needed.

All in all, this sweet story comes to show that there are people in this world who truly get it and are willing to lend a hand. We at The Autism Site celebrate Daniel Ball’s act of kindness and hope that his example compels other people to take action in the future!