Autistic Man Finally Gets His Tattoo

Ever since he was a young child, Buzz Brenenstahl has loved tattoos. He’s been wanting to get a real tattoo for ages, but his mom, Sandi Green, kept telling him he needed to wait until he was older.

“As a child, he loved the fake ones and would freak out when they washed off,” Green said.

So for Buzz’s 23rd birthday, Green decided it was finally time to get him the tattoo he always dreamed of. With Buzz’s doctor’s consent, she began contacting local tattoo parlors to see who would be willing to work with her son, but nobody was. 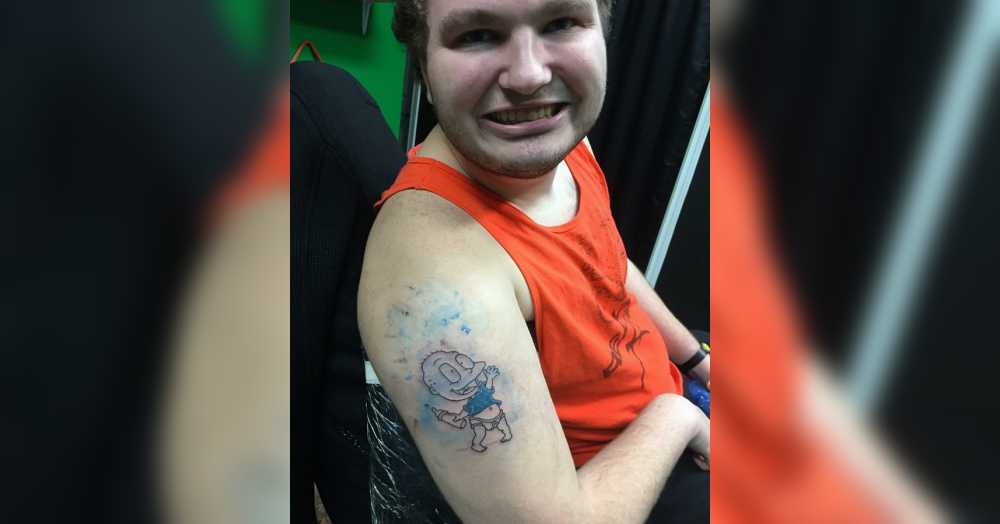 Many tattoo artists said Buzz didn’t have enough mental maturity to make a decision on a tattoo, even though he’d been wanting the same tattoo, Tommy from the 1990s Nickelodeon show “The Rugrats,” for five years. Others were concerned about how he might react to the needle or the pain, since Buzz is a rather large and powerful young man at 6’3″ and 200 pounds. All of the tattoo artists Green spoke to either refused to work with Buzz or quoted exorbitant prices for the special challenge.

Green continued to search, and after several months, she came across Northwest Inkorporated, where she spoke with owner Pat Masga about her son’s situation. Masga agreed that Buzz was old enough and determined enough to get the tattoo he’d wanted for so long. He invited Buzz to his shop for a consultation. 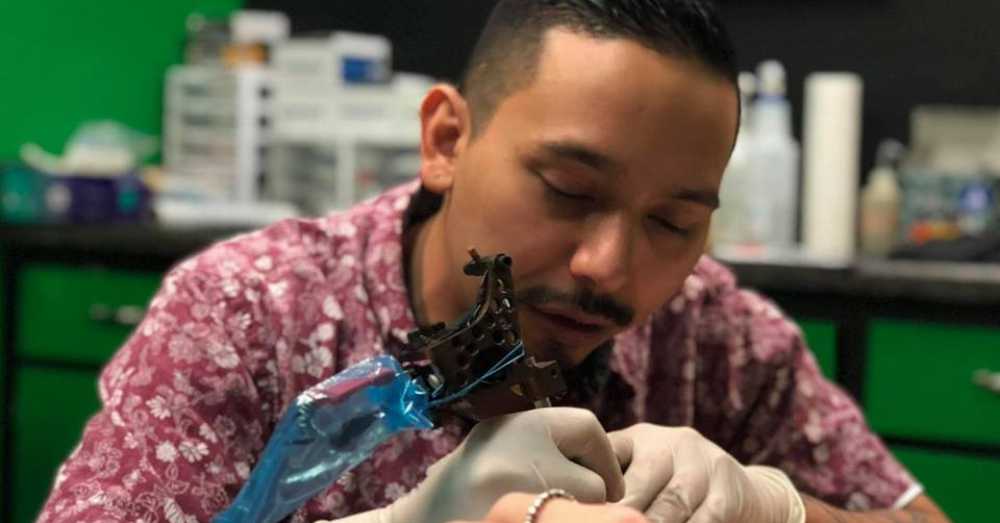 “When Buzz arrived he had a huge smile,” Masga recalled. “From the moment I met him, and that’s when I told myself that this tattoo is getting done—no matter what adjustments I have to make. Whether it took me five hours or five sessions, I was willing to do it.” 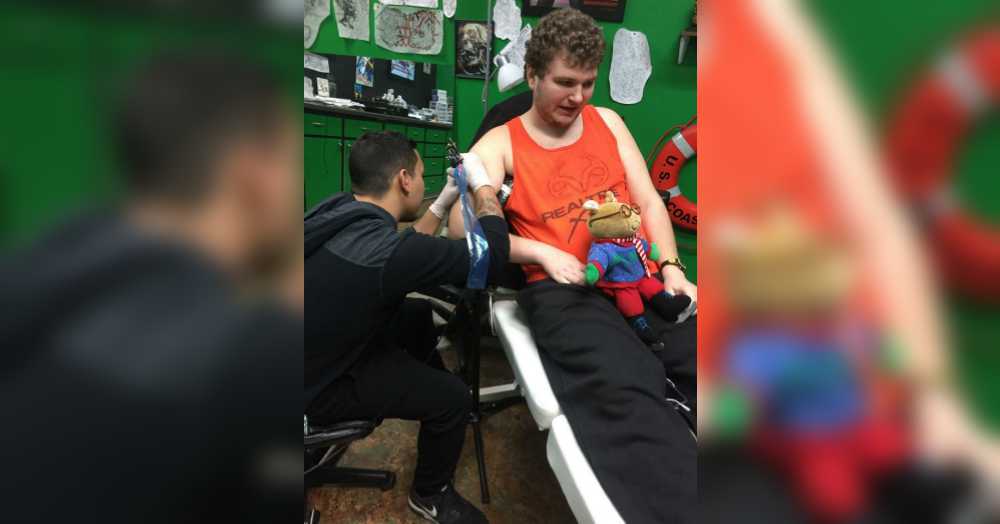 Much to his surprise, however, Buzz was absolutely the perfect patient and sat perfectly still for the entirety of the process, with the help of an “Arthur” stuffed animal for comfort.

“Well guess what?!” wrote Masga on Facebook. “He sat like a rock, was positive all the way of what he wanted, and finally got his dream tattoo! So be like Buzz and don’t let them tell you ‘no’ or ‘not possible,’ cause damn it, me and buzz?!, we did it!” 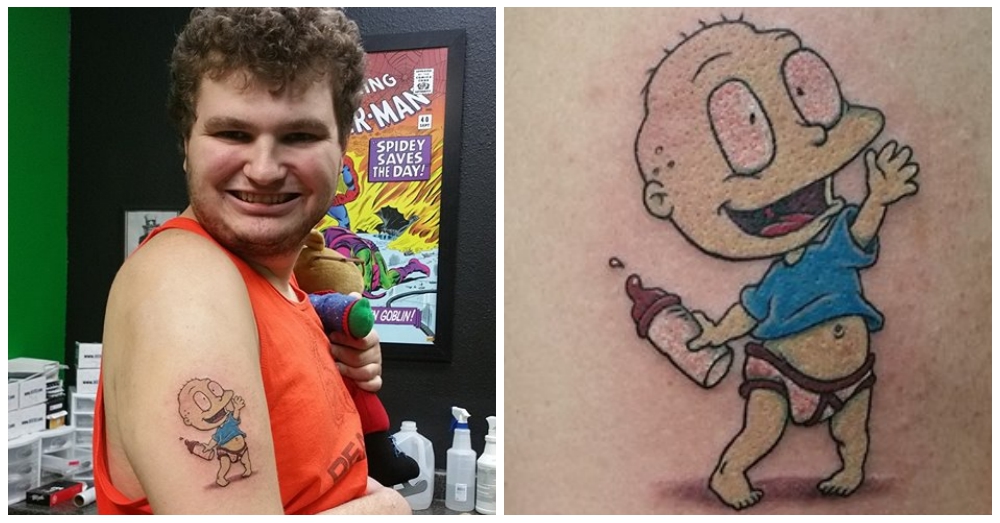 After Masga posted to Facebook about the event, the internet went wild with support for Buzz, including over 400,000 likes and 175,000 shares. Buzz may be autistic, but that doesn’t mean he can’t make his own choices about what he wants to do with his body, especially with the support of wonderful caring people like his mom, his doctor, and his tattoo artist.

Thank you, Ms. Green, for never giving up on your amazing son and his dream! And thank you, Mr. Masga, for being willing to see past Buzz’s disorder and help him do something he can be so proud of!

Tattooed Barber with a Big Heart Is an "Everyday Hero" to This Autism Family: Click “Next” below!