Brodie Smith, a 16-year-old boy with autism, attends St. Peter’s Catholic School in Solihull, West Midlands. He was determined to go to his prom, even if it meant he’d have to go alone. He didn’t have a date to bring with him, and he was too shy to ask to go with a group of boys. But Brodie wasn’t going to let any of that stop him; he wanted to wear the brand new three-piece suit he’d picked out himself to the big night, and nothing was going to get in his way.

But Brodie was about to get hit with a stroke of good luck. As he was walking toward Hogarths Hotel, where prom was to be held, a black Range Rover full of girls who knew him from school stopped next to him.

The girls knew that one of the most important parts of the evening was going to be the arrivals—when students showed up in shiny cars and limousines and got their pictures taken in shimmery dresses and formal suits. And it would be a shame if Brodie couldn’t be a part of that. 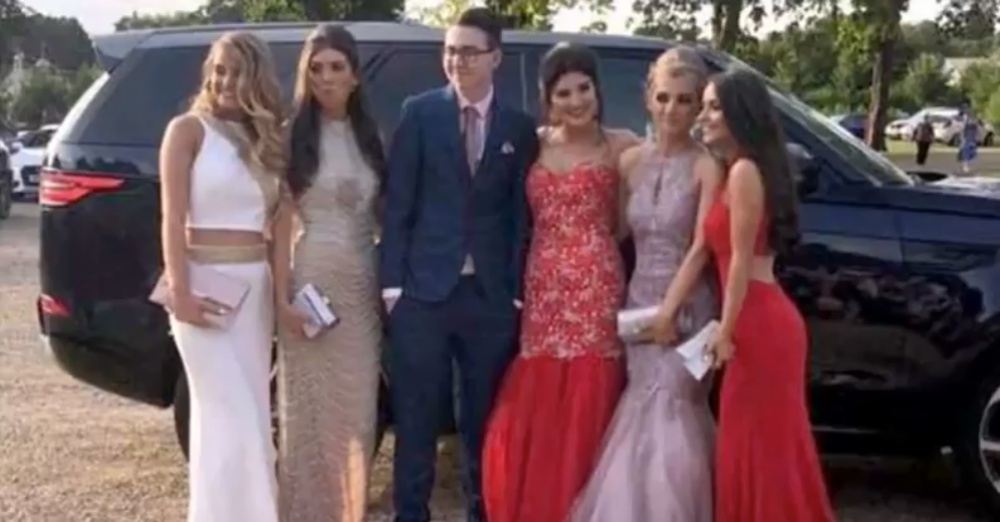 “We were all really excited and just saw Brodie walking on his own up the hotel driveway,” says Lottie, one of the girls who was in the car that night. “We were just like, ‘We’re not going to let him walk off on his own without getting a photo.”

So they invited Brodie into their vehicle, and the group went to prom together and got a lovely photograph outside the hotel together.

“I was really pleased,” says Brodie. “I went I had a really nice time.” 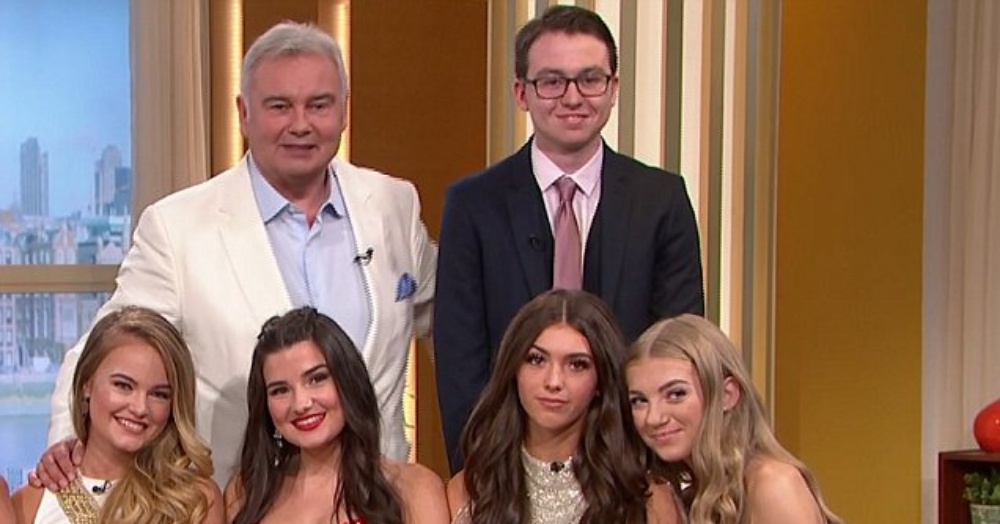 The girls and Brodie have since received a great deal of publicity over the event, and many have praised the girls—Lottie, Rosie, Ellie and Alicia—for their kind gesture toward a classmate. They even appeared on the TODAY show for an interview about it, along with Brodie and his mother, Dianne.

“Brodie was diagnosed with atypical autism when he was eight,” says Dianne. “He has always gone to mainstream school but the condition affects his communication and socialisation.”

In a world where young people are increasingly known for being selfish, it’s good to see that there’s still plenty of thoughtfulness and friendliness to go around. Listen to the video below for more information about Brodie’s spectacular prom night!

This is the kind of good we’d like to see more of in the world. Regardless of whether someone is on the autism spectrum or not, we should all strive to reach out to others the way these young ladies did for Brodie.

Bullied Autistic Girl Was Prepared To Attend Prom Alone Until These Bikers Stepped In: Click “Next” below!