Michael Glaister was diagnosed with autism at age two, and up until a couple years ago, he was nonverbal.

That’s when he started watching a British morning show called This Morning.

By watching his favorite hosts and mimicking them, he began to communicate verbally. 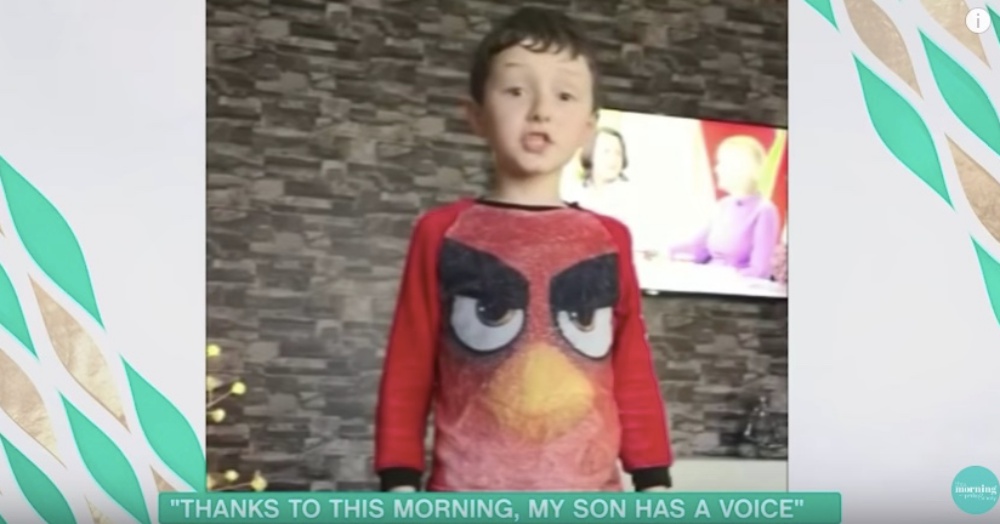 Michael loves everything about the show, and hosts his own version of it at home. Recently, he recorded a quick video of himself asking the hosts of the show, Holly and Phillip, if he could have mugs like theirs. When the video eventually reached Holly and Phillip, they were instantly smitten with the young boy and naturally wanted him on the show.

So they invited him and his mom on! 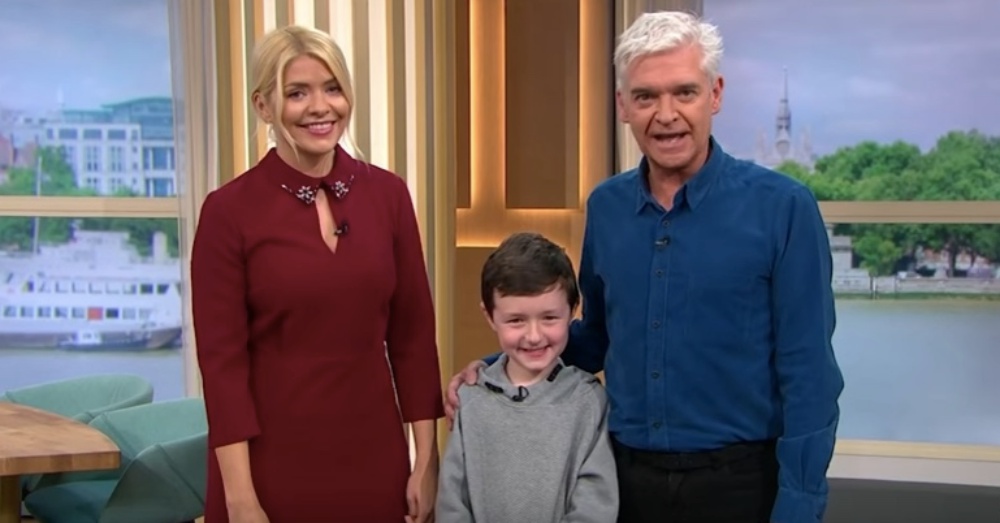 Michael opens the show with a brief introduction all by himself. The show’s name was even temporarily changed to “The Michael Glaister Show,” complete with professional graphics.

Holly and Phillip start off by offering Michael their mugs, which was his original request. Michael enthusiastically clarifies that yeah, he wants the mugs they were just using, not new ones. They promise to give them to him after they’ve been cleaned up. 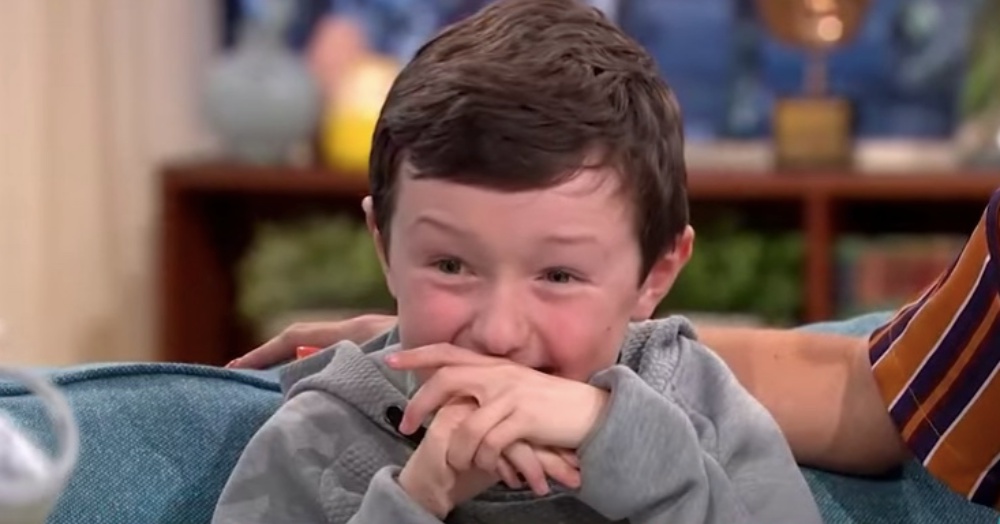 Practically the entire time he’s being filmed, Michael is absolutely beaming, especially when he looks directly at Holly and Phillip.

It’s a lot to take in, but he handles everything like a champ. When he’s asked a question that he doesn’t know how to answer, he looks to his mom, Charlene Anderson, and she prompts him. 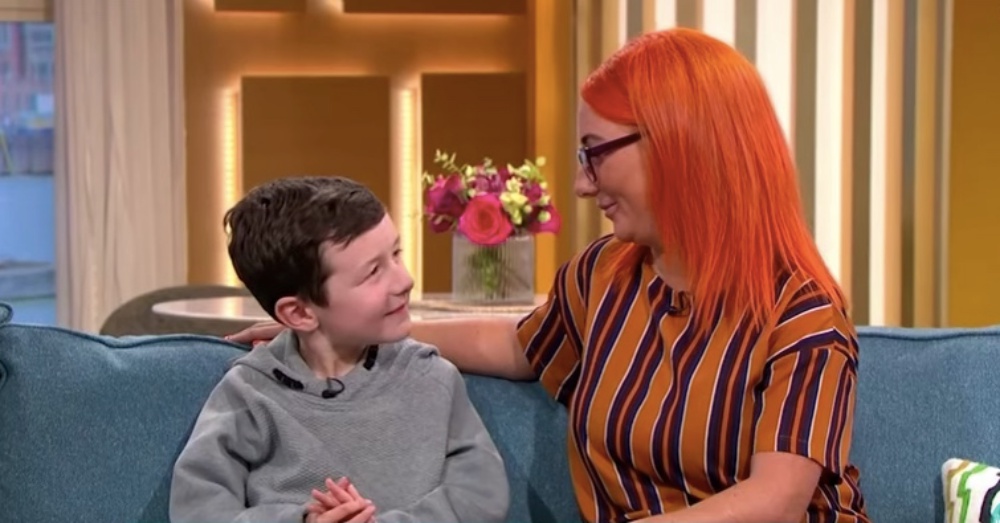 Soon, Michael starts getting gifts. Phillip picks up Michael’s tablet, which he uses to watch their show, and asks him what happened to it, since it has a few cracks in it. 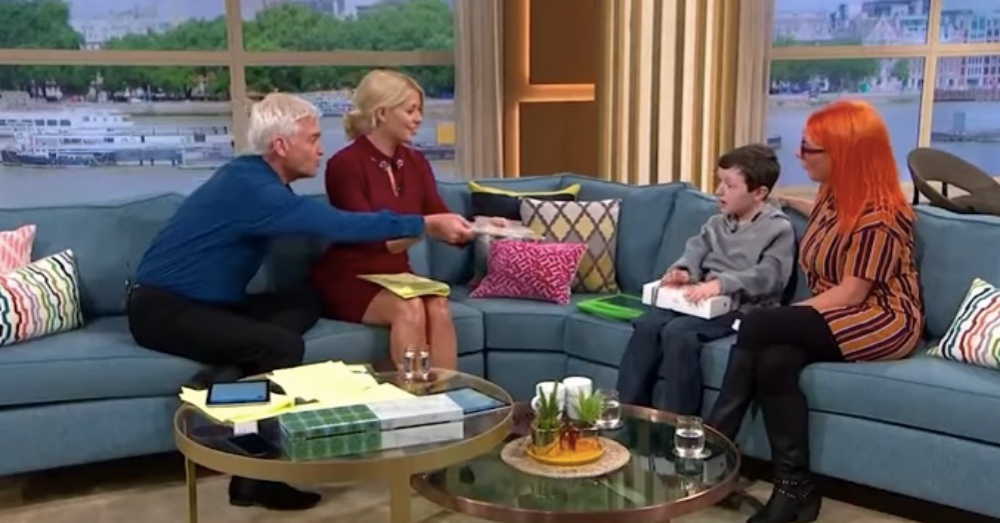 As you can probably guess, they give him a brand-new one in its place! Not only that, but Phillip gives him the cover off his own tablet, since Michael plans on being a TV presenter when he hits 18 and will “take over” Phillip’s job then.

“Nobody in the world has one of those other than us two,” Phillip says.

“Well, not even you now!” Holly says to him, and then says to Michael, “It’s just you and me, which is exactly how it’ll be in 18 years!”

Everyone laughs at that. 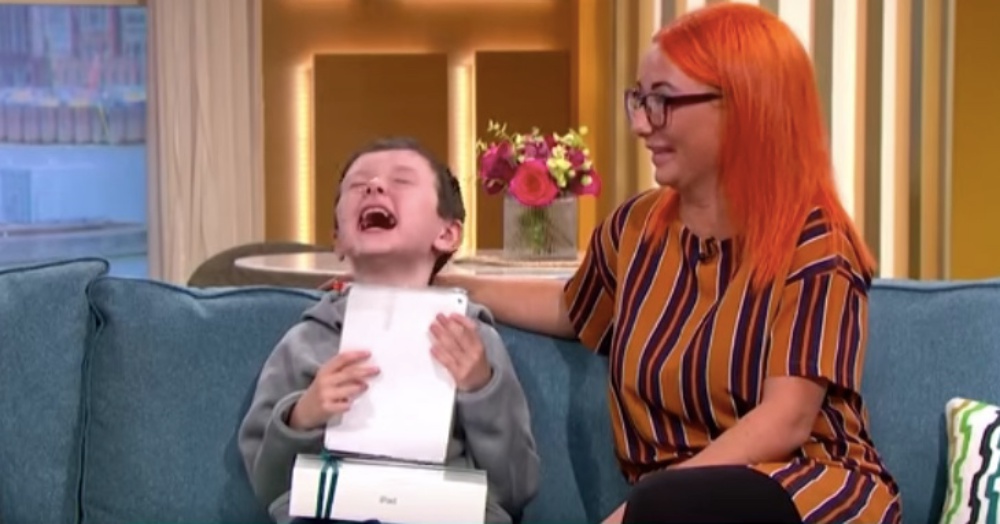 Michael is so happy to meet the hosts of his favorite show in person, and they are clearly equally as delighted to meet him.

Watch the video to see Michael in action! (And in 8 years, be on the lookout for him to replace Phillip!)

This Young Woman with Autism Was Almost Nonverbal. Then Her Life Changed When She Met These Cats: Click “Next” below!