Omairis Taylor went on Facebook to discuss her three-year-old son, who suffers from nonverbal autism. The post went viral quickly.

Since her son is nonverbal, homeowners will often stand and wait to hear him say ‘trick-or-treat’ when he is out for Halloween. Taylor often has to explain his situation to every household so he can get his piece of candy. 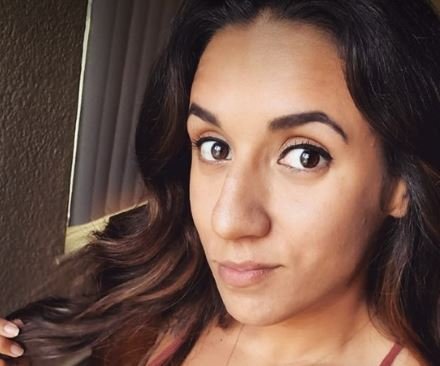 After Taylor had her son out last year and explained the situation continually for five blocks, she became rather tired of it.

According to the National Autistic Society, some children are delayed in the use of language and there are some autistic adults who are also nonverbal and don’t use speech. It may seem as if they don’t hear what you are saying to them because they don’t respond to their name. They might also appear as if they don’t care to try to communicate.

So that Taylor would not constantly have to explain her son’s situation, the boy is carrying a blue pumpkin this year to signify autism.

My son is 3 years old and has autism. He is nonverbal. Last year houses will wait for him to say TRICK OR TREAT in order…

It’s not a new idea but the mother went on Facebook to explain the situation in the hopes that she could raise awareness and help people who would be giving out candy. She also hopes to help other autistic children who may be dealing with the same situation.

On Facebook, she said that she would say ‘trick-or-treat’ on her son’s behalf:

“This year we will be trying the BLUE BUCKET to signify he has autism. Please allow him (or anyone with a BLUE BUCKET) to enjoy this day and don’t worry I’ll still say TRICK OR TREAT for him, I’ll get my mom candy tax later.

This holiday is hard enough without any added stress. Thank you in advance.

I have made this post public in hopes you will share and get the BLUE BUCKET message out there for Autism Awareness and acceptance this Halloween.”

Autistic kids are using blue buckets for candy on Hallloween. If they don't say Trick-O-Treat or thanks they're not rude, maybe non verbal. If your child has Autism consider using a blue bucket to improve their experience. #AutismAwareness #bluebucketcampaign

It seems as if the post did raise awareness because it was shared more than 125,000 times. Many people are now aware of the meaning of a blue bucket.

An autism advocacy organization, Autism Speaks, talked about the idea of a blue bucket last year. They did so when speaking about a 21-year-old who has autism and loves to trick-or-treat.

"Trick or Treat….the BLUE BUCKET…if you see someone who appears to be an adult dressed up to trick or treat this…

The clinical director of Pennsylvania Autism Action Center, Rachel Brnilovich talked with FOXNews about the initiative:

“We love this campaign. It really gives our kids an opportunity to go out, no matter their age and experience Halloween.

Taking notice of the blue bucket and then just treating them like a child, how any child would be, give them the candy and just move on.”

Perhaps we will see some blue buckets at the end of October this year.