Amy Wright and her husband are the proud owners of Bitty & Beau’s Coffee, which now has two locations in the Carolinas and one scheduled to open soon in Georgia. But their company isn’t just about coffee; it’s about changing the way we see other people and adding more respect, love, acceptance and inclusion to our world. The message of this beautiful little place is a simple one but one that too many people haven’t heard before: different does not equal broken.

The Wrights have four beautiful children, the youngest two of which—Beau and Bitty—have Down Syndrome. Amy came up with the idea to create Beau’s Coffee in Wilmington, North Carolina, to educate the public about intellectual and developmental disabilities and to employ people that have difficulty finding jobs because of their disorders and disabilities. 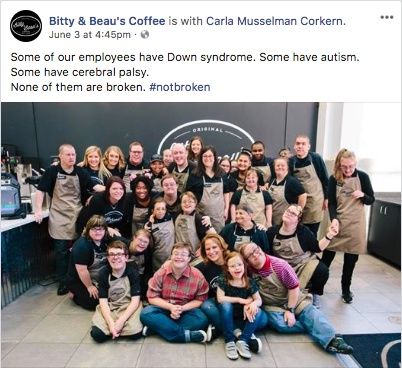 It was Beau’s 12th birthday wish, however, to have his little sister’s name put on the sign as well. And so the company became Bitty and Beau’s. They currently employ about 60 individuals with autism, cerebral palsy, Down Syndrome, and more. And, as everyone at the shop is quick to point out, “none of them are broken.” You can even get a #notbroken t-shirt at the shop to show your solidarity. 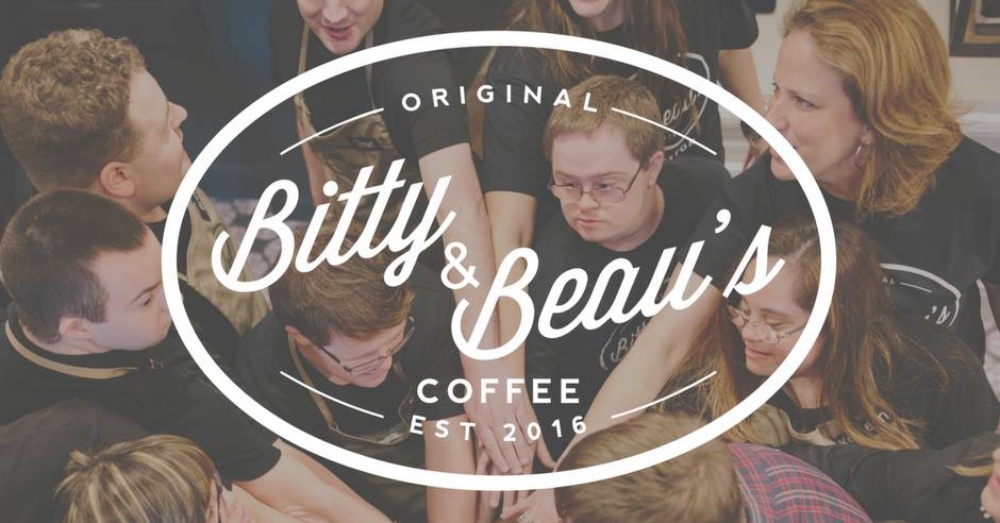 Bitty & Beau’s coffee strives to create a fun and welcoming atmosphere for its clients, and it simultaneously makes the experience an extra-special one for its staff members too. Management celebrates each individual’s special talents and personalities and strives to reward employees for being themselves in the most spectacular ways. Trevor, for example, was recently appointed “Director of Entertainment” because of his infectiously happy attitude and affinity for dancing. 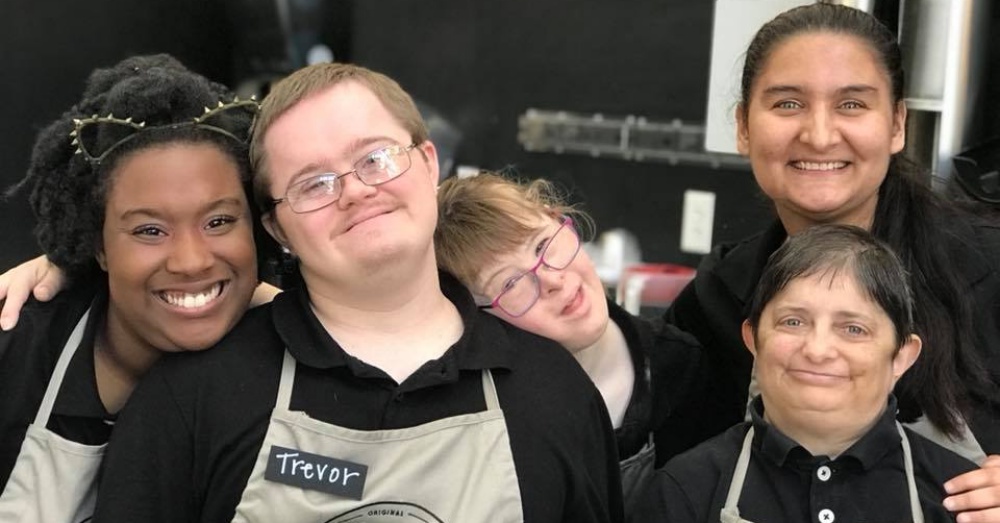 Recently, Mrs. Wright was awarded the 2017 Hero of the Year award for her work. She ended her acceptance speech with these amazing words to her children:

“I want you to know, because I know you’re watching at home tonight, Bitty and Beau, that I would not change you for the world, but I will change the world for you.” 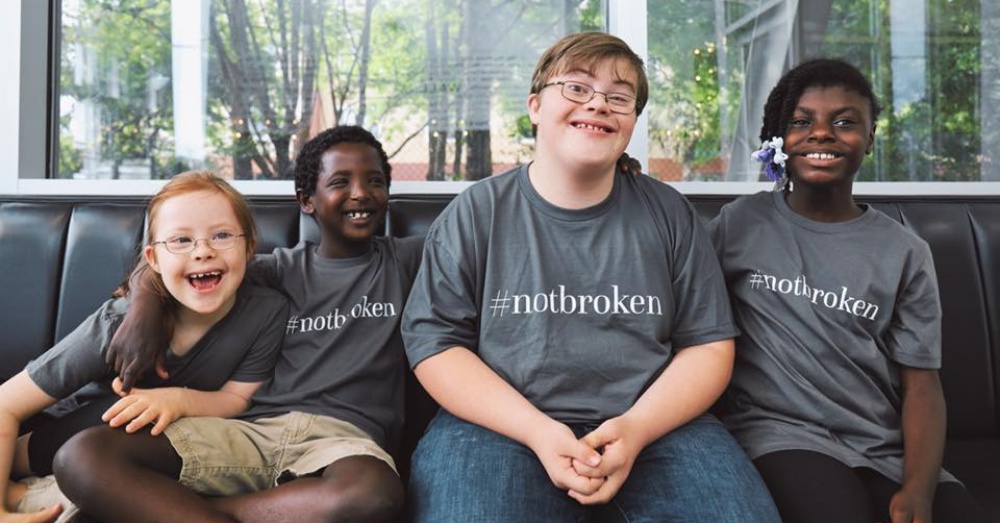 Check out the video below to learn more about the Bitty & Beau’s Coffee story.

Thank you, Mrs. Wright (and family) for making the world a better place for those with intellectual and developmental disabilities and disorders. You’re doing an amazing job!