You’ve never met anybody quite like Eric “Bean” McKay. This very special Virginian teen is on the autism spectrum, loves wearing tie-dye, and will only eat peanut butter and jelly on English muffins due to his texture- and taste-related food sensitivities. According to his mom, he’ll also occasionally eat cheese pizza from one particular restaurant in New York City, vanilla yogurt, and Reese’s peanut butter products. But for the most part, he’s sticking to that PB&J. So as you might imagine, he goes through peanut butter (creamy only) pretty quickly.

Bean has become an internet sensation, but his story started very simply. His mom bought 72 jars of Lidl peanut butter while it was on sale for 78 cents per jar at Lidl supermarket. Bean numbered all of them, and when he had nearly reached the end of that stash eight months later, he tweeted Lidl to tell them about it. “My mom says it’s time for you to have another peanut butter sale,” he wrote. 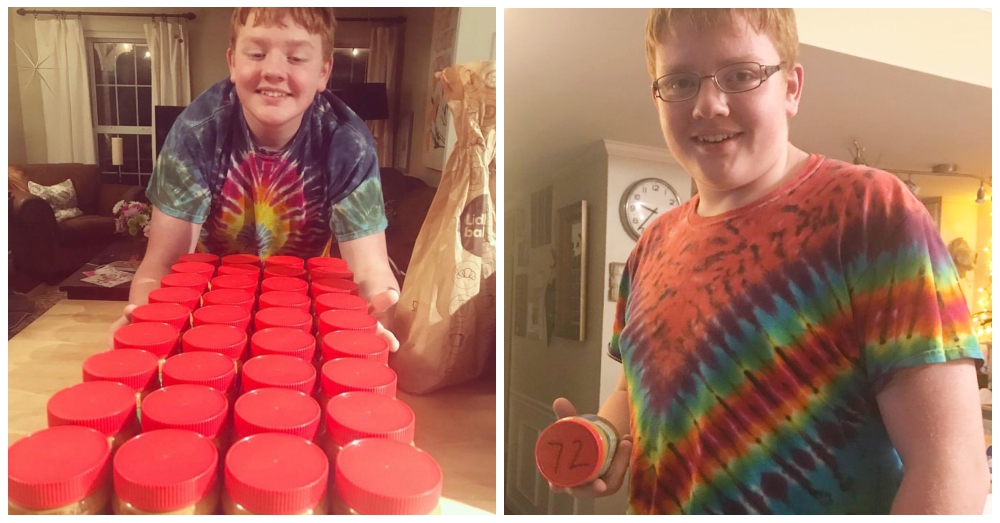 “We’ve got 72 jars on the way!” Lidl wrote. “Are you willing to up the ante?! If you get 72,000 RTs [retweets], we’ll give you a lifetime supply of peanut butter. Do you accept our challenge? #LidlBeanutbutter” 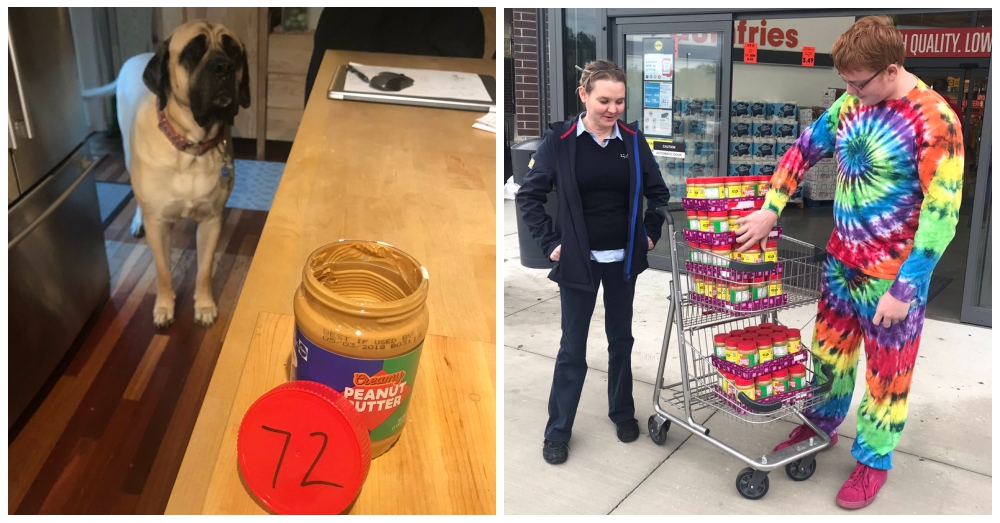 Bean numbered his new set of peanut butter jars starting at 73 and set about getting his 72,000 retweets. He found that it wasn’t hard at all, because everyone on the internet was inspired by his wholesome story and loved his creative tweets and use of gifs. The internet delivered in less than three months, and now Bean will enjoy free peanut butter for the rest of his life! 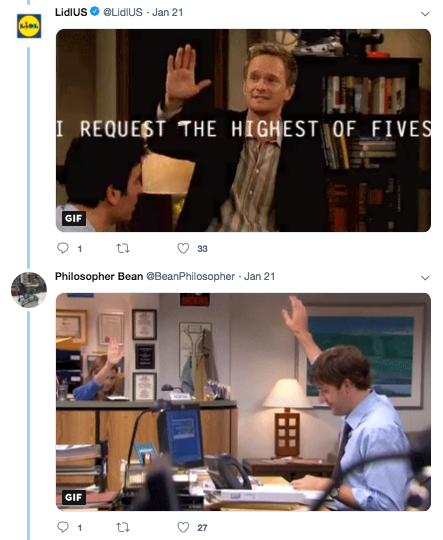 But that wasn’t the end of the story for Bean. His father, who works for the government, got furloughed in December. As the longest government shutdown in U.S. history drug on, Bean began to realize that he could use his peanut butter powers for good. 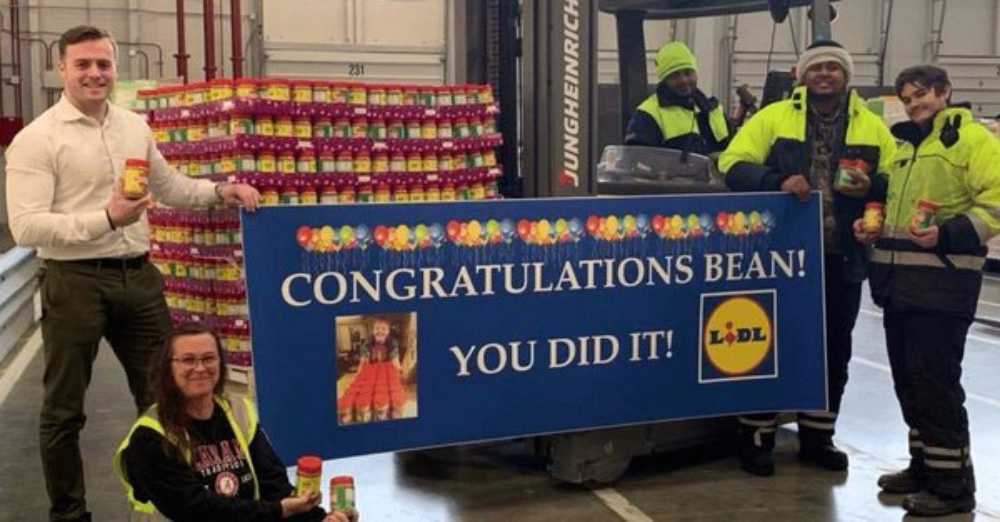 Bean’s first shipment of Lidl peanut butter was about five years’ worth, so he decided to donate some of it to federal employees like his dad who are just trying to feed their families while they are unable to collect a paycheck. Any federal employee currently furloughed during the 2018-2019 government shutdown can now bring their government ID to the Lidl store in Dumfries, Virginia, and claim three free jars of peanut butter. 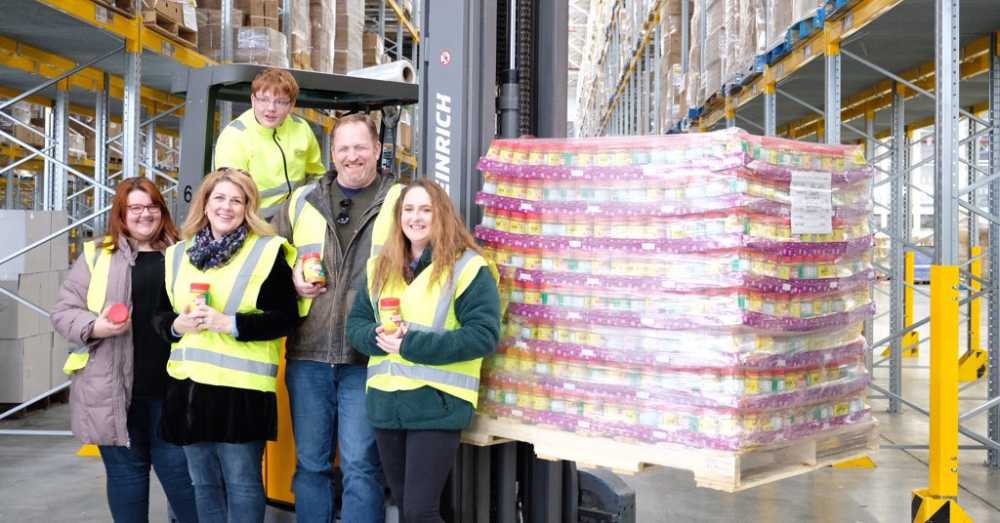 Bean also wanted to meet some of the people he was helping, so he and his mom went to the store on Wednesday, January 23rd, to hand out peanut butter to furloughed government workers. They even created an awesome video while they were there to spread the word about Bean’s story and his random act of kindness to federal workers.

Bean is “spreading” his love for peanut butter and helping other people in a way we’ve never seen before. Check out the video below to learn more about his latest adventure.

For those who may be concerned about Bean’s seemingly unhealthy diet, his mom, Tracy, assures us that he’s been checked out by doctors and seen a dietician as well. Texture sensitivity and self-regulating of food are common in people with autism, most of whom turn out just fine, and peanut butter and jelly sandwiches are actually a fairly healthy choice compared to some of the foods texture-sensitive people often find desirable. Bean appears to be in fine physical condition despite his sensitive palate.

Thank you, Bean, for being such an amazing and caring young man! The world admires you for your witty humor, your unique sense of style, and your giving heart. We all aspire to be like you!

Read the Original Story of Bean and Lidl Peanut Butter: Click “Next” below!