Donald Simon is a 26-year-old man with autism. He’s been nonverbal for his entire life and has trouble making friends because he can’t communicate the same way other people do. But he made a special new friend not too long ago thanks to their mutual love of music and dancing.

Donald was with his aide, Angela Jasmine, at a Dunkin’ Donuts in Staten Island, New York, when something awesome happened. The pair met a barista named Bryan Lara, who is known for going out of his way to talk to all his customers. When Bryan learned from Angela that Donald was nonverbal, he decided to try to communicate with him a different way.

With the help of Lady Gaga’s song “Paparazzi,” Bryan began dancing and soon got Donald dancing along with him in his seat. 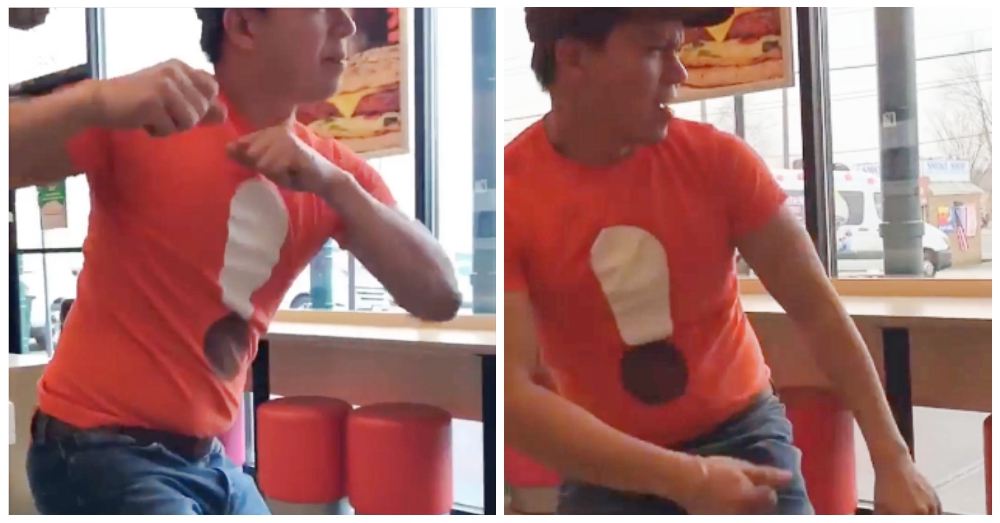 “I am always dancing, and when I saw Donald smile, it was a great feeling,” Bryan said. “I love my customers so much.”

Donald may not have been able to thank Bryan or tell him how much fun he had, but his high fives and giant smile told the story well enough. He even mimicked some of Bryan’s moves, wiggling in his chair and raising his hands up over his head. 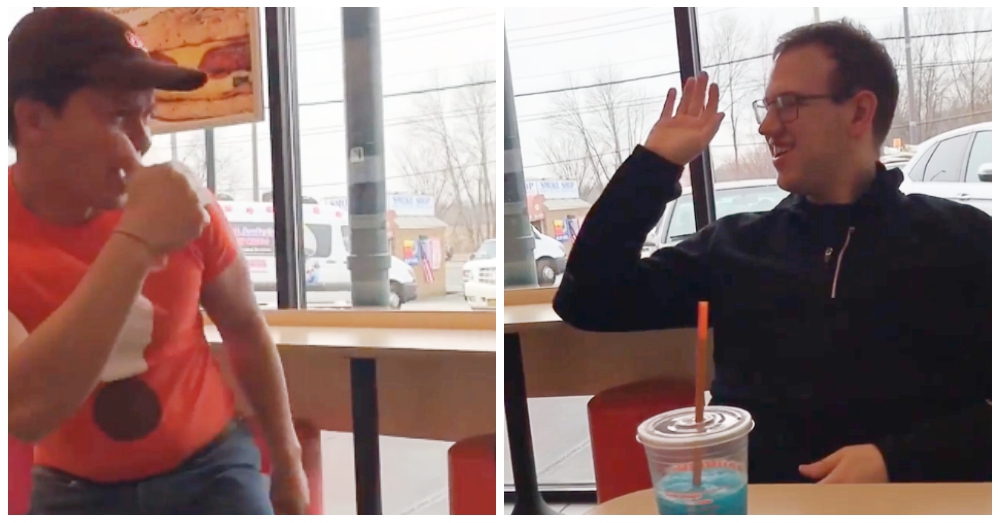 “Most people would not pay attention to Donald as soon as they realize he is unable to communicate, but Bryan figured out a way to communicate without words and it is very touching to me that he made my son so happy,” said Donald’s mom, Donna Maxon. “Nonverbal people don’t have many friends and I was so touched to see how this stranger worked so hard to become friends with my son.” 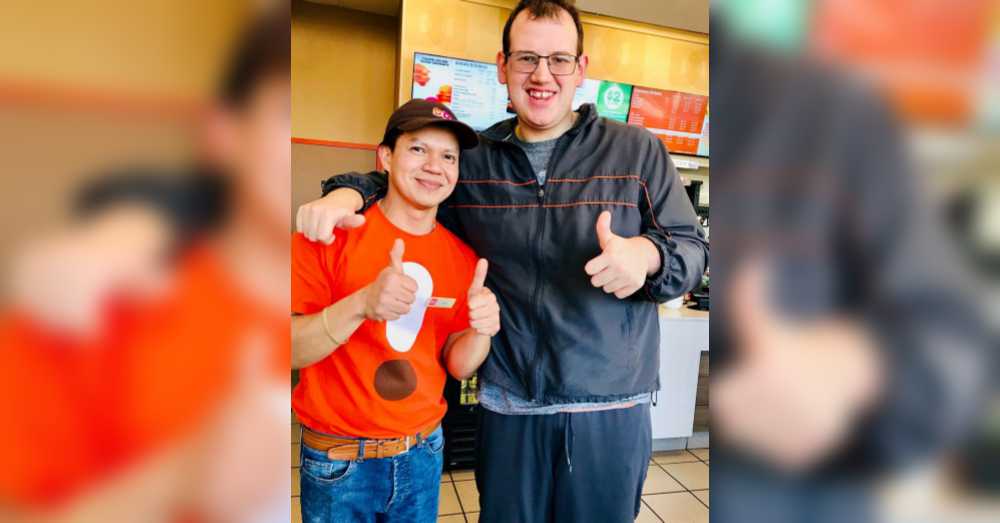 It’s so awesome to see someone being so accepting and understanding and making an effort to try to meet a person with autism on his own level. Great work and awesome dance moves, you two!

“Bryan has a heart of gold and deserves praises for his ongoing acts of human kindness,” said Maxon. “The world would be such a better place if there were more people like him.” We couldn’t agree more!

Check out the video below to see this amazing interaction for yourself!

Sometimes the Staff at Dunkin Donuts does a floor show to ensure their Special guests are having fun! Thank you for rolling out the red carpet for Donald… #dunkindonuts #dunkin

This IT Firm ONLY Hires Techs With Autism: Click “Next” below!