Planning a wedding is hard work. It’s even harder when everyone you know wants to put in their two cents about where the ceremony should take place, who should be invited, what kind of food there should be at the reception, and how all the other little details should be handled. That’s why Jo-Ann Turning, the mother of 13-year-old Eric, wasn’t expecting to be accommodated when she requested something special on her RSVP.

Eric is on the autism spectrum, and has always had dietary restrictions because of his sensory issues and aversion to certain textures and tastes. His two favorites are bacon and juice boxes, and his mother has become accustomed to having to bring the types of food Eric is willing to eat to any events the family attends. 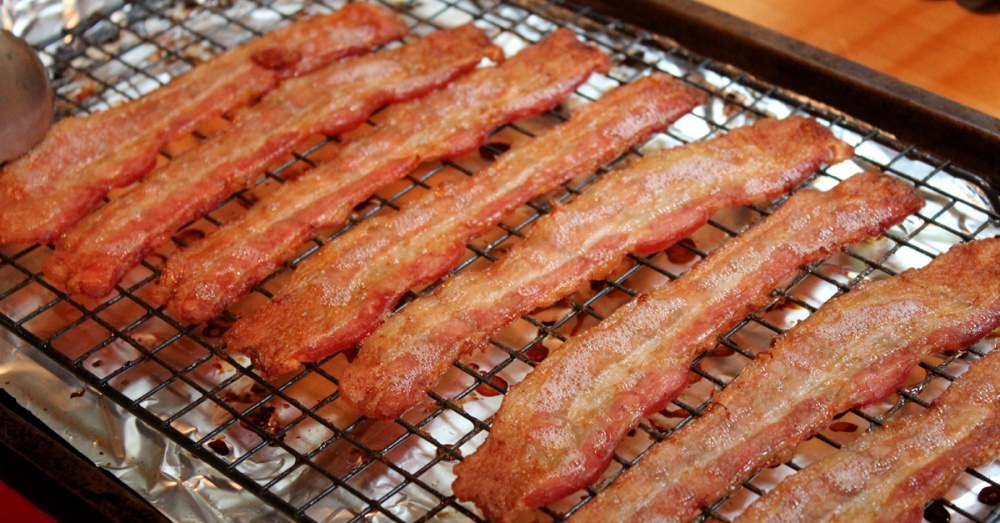 Although Turning wrote in on her RSVP meal card that she’d like bacon to be available for her son at her nephew’s wedding, she says she was half joking. She knew the difficulty of trying to make everyone happy, and she wasn’t expecting her nephew and his fiancée to go through the extra effort to provide Eric with one of the only things he would eat. Instead, she planned to bring Eric’s food along with her.

But this bride and groom were dead-set on making everything perfect for their guests. Even those with some special requirements. They replied to Turning that it wasn’t a big deal for them to have a plate of bacon cooked up for Eric. 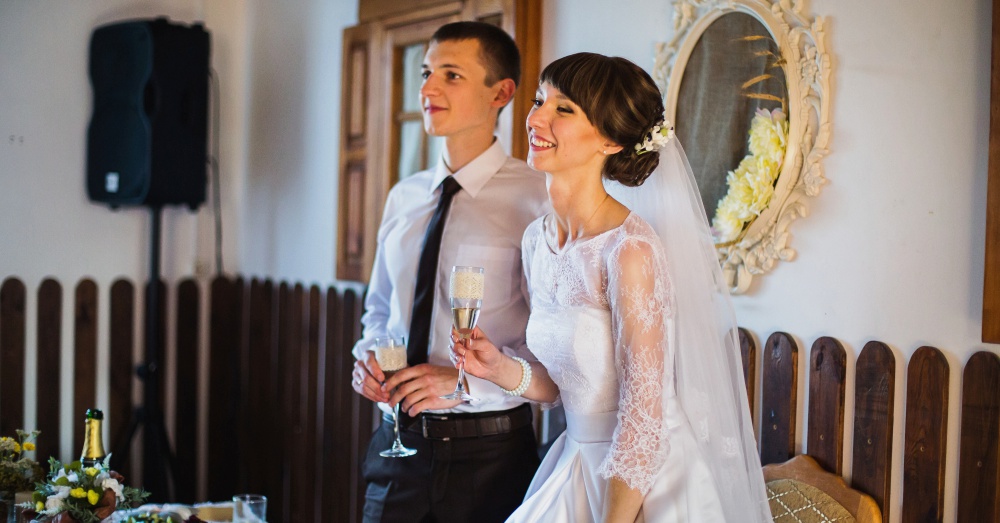 When Eric and his family arrived at the reception for cocktail hour, Eric’s plate of bacon “magically appeared in front of him,” which worked out well for the family, since Eric was taken home before the party reached full-swing, and might have missed out on dinner if his food hadn’t arrived early. The family was also given a table located outside of the reception tent to keep the noise levels down. Eric was a pretty happy camper and ate his bacon without complaint. 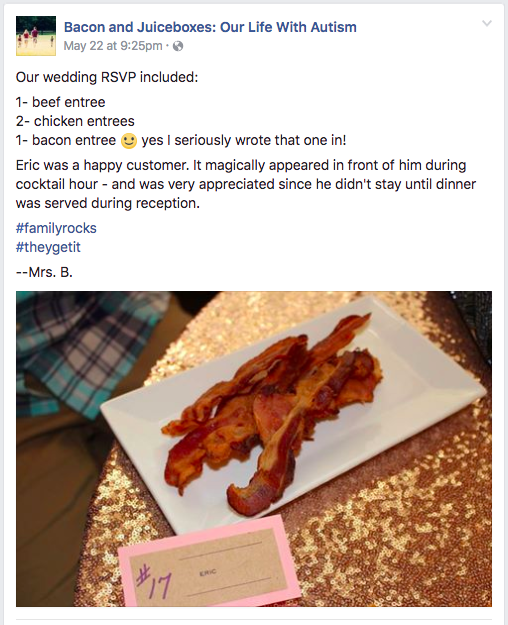 Photo: Facebook/Bacon and Juice Boxes: Our Life With Autism

To the bride and groom, this may have been a simple gesture, one easily planned and executed with help from vendors and friends. But for Mrs. Turning and Eric, it was a sign that someone cared, that someone was willing to go the extra mile toward acceptance and understanding of someone with autism.