According to Sonia Mongol, her 8-year-old son was forced to wear a garbage bag for an entire day after accidentally soiling his clothes. Not only was her son treated “like garbage” in front of his peers, says Ms. Mongol, the boy has been bullied for months after being humiliated in front of his peers. 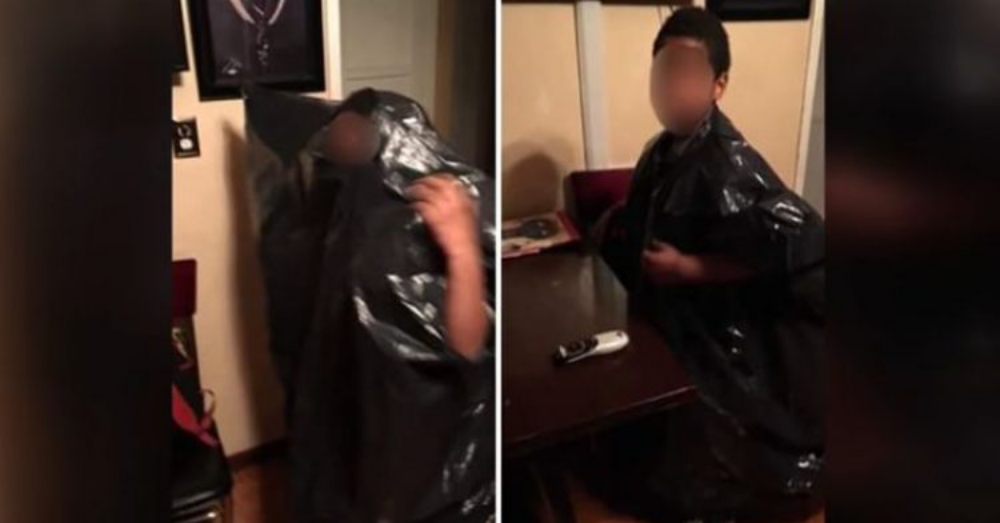 The accident took place at Manhattan Place Elementary School in South Los Angeles, after the boy’s teacher refused to let the young student visit the restroom. Unfortunately, the boy wasn’t able to hold it.

“He got some urine on himself in the process,” says Ms. Mongol. “He went to the nurse’s office. He received no help.”

Instead of notifying the student’s mother, or offering him a change of clothes, administrators simply handed him a trash bag to wear over his smelly, urine-soaked clothes. Back in the classroom, the boy’s teacher shamed him in front of everybody. His classmates, in turn, have been cruelly bullying him about the incident for months.

Now Ms. Mongol is suing the Los Angeles Unified School District for their poor treatment of her son. “He doesn’t understand why, when he went to adults for help, they would do this to him, so it’s had a lasting effect on him,” she said while announcing her intention to take the school district to court.

Meanwhile, the LAPD have opened a criminal investigation into this shocking incident, which could potentially qualify as child abuse.

“Los Angeles Unified takes all matters concerning the safety and well-being of our students very seriously,” the school district announced upon learning of the student’s vile treatment.

“Upon learning about this allegation, law enforcement was notified immediately, and the District is fully cooperating in the investigation. The District will also conduct an administrative investigation. Due to confidentiality laws, we cannot offer further details at this time,” it said in a statement.

What would you do if this was your son? Learn more in the video below!