Briana Hefley Shephard’s daughter used to love waving at trains from her house every morning. The conductors, who would blow their whistles in return, seemed equally endeared by their little blond greeter. This daily routine continued for three years.

So, when Briana’s daughter finally entered school, there was nobody to wave at the conductors as they passed by the house in the morning. As the conductors continued to blow their train whistles, she held up a sign in the window that read, “She started school.” 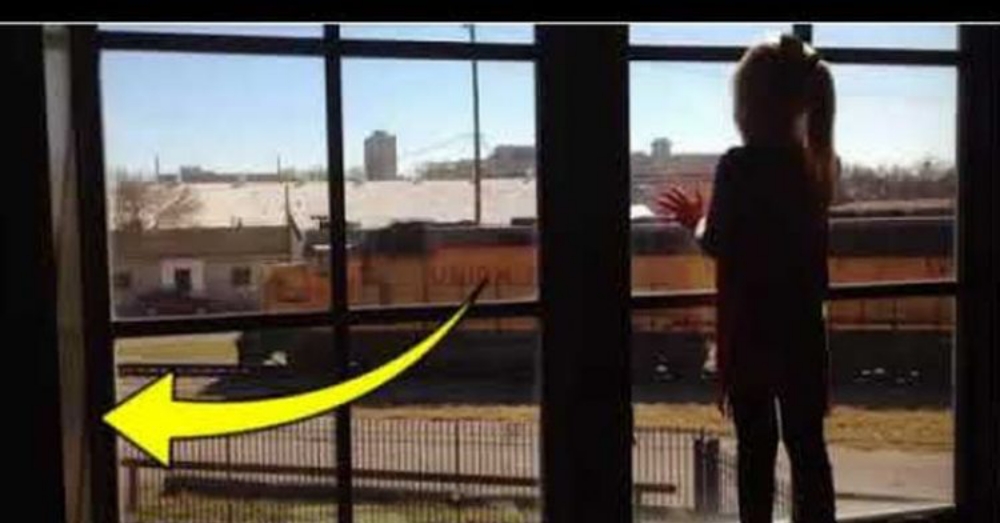 Weeks later, Briana was startled one morning by a knock at the door. “It was a man in a bright yellow shirt with ear plugs hanging down,” she wrote on Facebook. “I assumed he was a construction worker coming to talk construction, because that’s what we do here. I was wrong.”

The man was actually a train conductor inquiring about the little blond girl that used to wave at the trains. All of the conductors, he said, were wondering what happened to her. Today, they only had a light run so had stopped down the tracks and then run in to inquire after their little cheerleader.

“Oh, did I cry,” Briana recalled. “They had seen my sign but couldn’t make out what it said. They had assumed she’d started school but had to make sure. He said that her waves had made their days. For three years they’d shared these moments.”

The conductor said they wanted to do something for their little friend, so asked her mom if they could send her a present. “They are going to send her a birthday present in a few weeks,” Briana said, adding that watching their “unconventional friendship” blossom has been “nothing short of magical.”

“To know it impacted them just as much as it impacted us, fills me with love and hope,” she wrote. “The visit today and their ongoing kindness to my daughter has reaffirmed my faith in goodness and humanity. These are moments we’ll always remember.”

The Internet, meanwhile, seemed equally moved by this touching encounter. “I just cried,” one user commented on Briana’s post. “I know it’s silly. This story just goes to show how much lives are truly interwoven and how your actions impact others.”

“How sweet!” another commented. “My son has had a similar friendship with the men who drive the garbage truck in our neighborhood. Every Tuesday when he hears them coming down the street he runs to the front door to wave to them. They always look for him and wave back with a smile.”

“He calls them his ‘trash truck buddies,’” the reader continued. “When he started preschool, it was so weird the first time the trash truck came by and he wasn’t there to greet them. Now his little sister waves to them.”