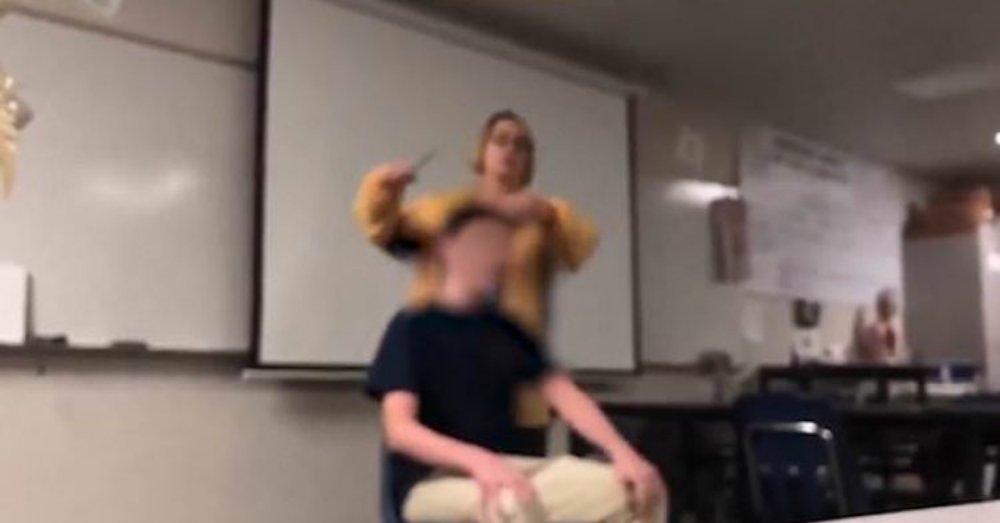 Nobody doubts that teaching — especially to high school students — is a difficult profession. However, one California educator has come under fire for forcibly cutting a student’s hair as part of a misguided effort to teach him a lesson. Unfortunately, her baffling effort to restore order cost her job and a brief detention. At the local jail.

Margaret Gieszinger found herself at wits end when University Preparatory High School students at her classroom in Visalia, California, refused to focus on the lesson at hand. That’s when she called an especially ill-behaved student up to the front of the classroom room and suddenly started cutting his hair with a pair of scissors while loudly singing Star-Spangled Banner. 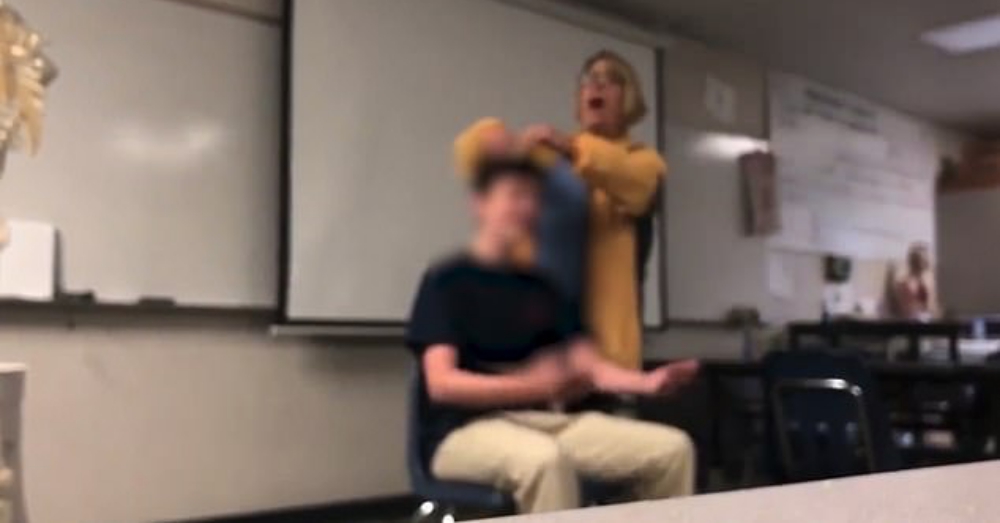 Gieszinger’s response was clearly unwarranted, no matter how badly her students may have been acting at the time. And unfortunately for Gieszinger, the episode was captured on camera, guaranteeing this now-former teacher a trip to the principal’s office – and a trip to the county jail.

The video below captures Gieszinger shouting, “You’re not done” at one of her male students while aggressively pointing a pair of scissors. “Take a seat,” she commands as the student reluctantly slides back into his chair. Then she starts shearing the boy’s hair with flourish as she belts out verses from the Star-Spangled Banner. 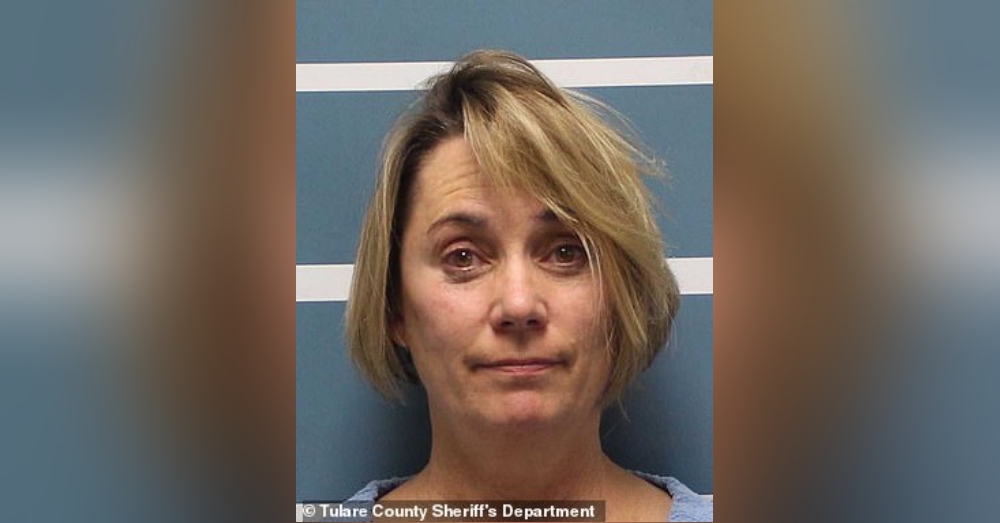 A few seconds later, the captures Gieszinger chasing a female student down the hallway with a pair of scissors. The student, like the rest of her screaming peers, are naturally terrified by their teacher’s forcible efforts to cut their hair.

“We think she’s going to try to be funny and be like, ‘Oh, did you really think I was going to cut his hair?’” one student recalled of student’s general response to Gieszinger’s strange insistence that today was “hair cut day.” 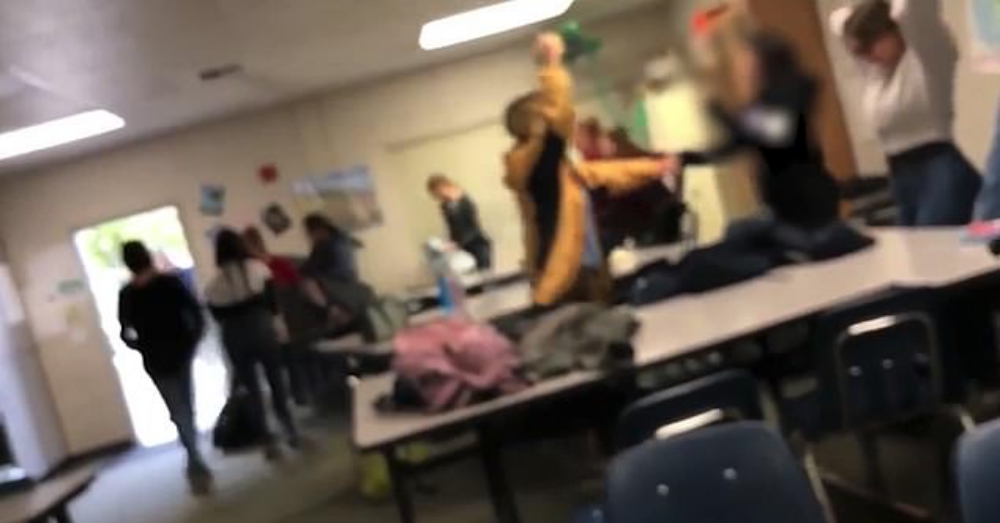 “But she did cut a hair off, and she started singing The Star Spangled Banner, and she was singing it really loudly as she ceremoniously tossed a chunk of hair behind her,” he said. Another student ran to the principal’s office for help.

“I hope I never have to see her at the school again because I know for a fact I can never see her as a respectable authority figure in my life,” the student continued. Not only is Gieszinger no longer welcome back at school, the rest of her teacher’s salary will be applied to her hefty $100,000 bail.