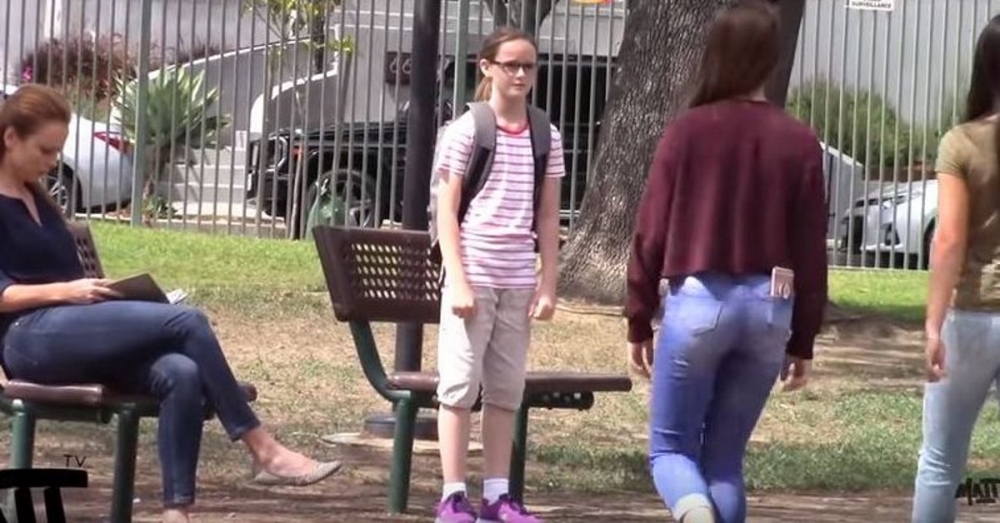 Bullying is, for too many kids, an unfortunate right of passage. And most of the time, bystanders – even adults — aren’t really sure how to help.

The question of whether or not bystanders would intervene in a bullied child’s defense inspired Matt Bendeira, of YouTube’s MattTV, to install a hidden camera at a popular playground. “Last time I filmed a video with a boy being bullied,” he explained in the video description. “I decided to conduct the very same social experiment but this time I wanted to see how people would react if they saw a girl being bullied in public. The results were surprising!” 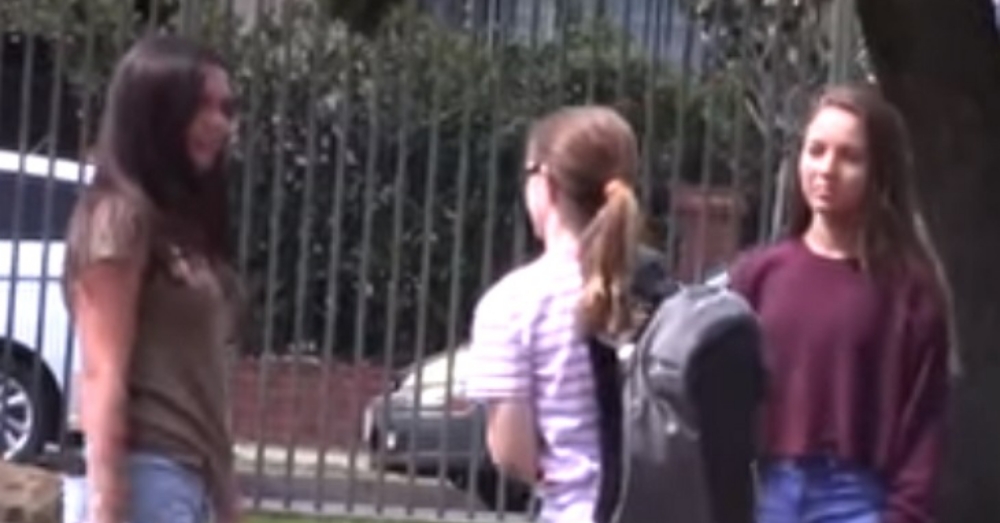 Matt’s footage depicts two mean approaching a girl standing alone, grabbing her backpack, and then throwing it back and forth. As the girl tries to take her bag back, a statistic revealing that 70.6 percent of students have witnessed bullying at school appears at the bottom of the screen.

Next the bullies grab the victim’s drink and throw it on the ground. But when they start rifling through her backpack, a couple seated on the park bench nearby speak up. “Are you serious right now?” the man asks loudly. The woman also rushes to the victim’s defense. “Do you know them?” she asks the victim, who says “no.” 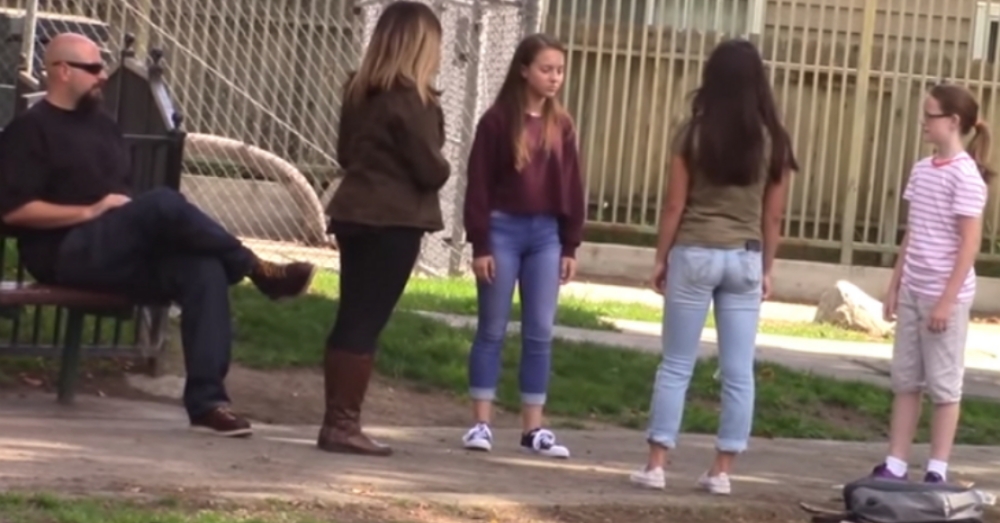 When a similar scenario unfolds near a different woman seated on a bench by herself, she also rises to the victim’s defense. “Excuse me. What are you doing? Stop doing this,” she says upon overhearing the bullies tease the victim and watching them take her backpack. “Are you bullying her? Did your mother teach you that? Learn to treat everyone equally. We are all human beings… Respect her. She’s smart. She’s beautiful.” 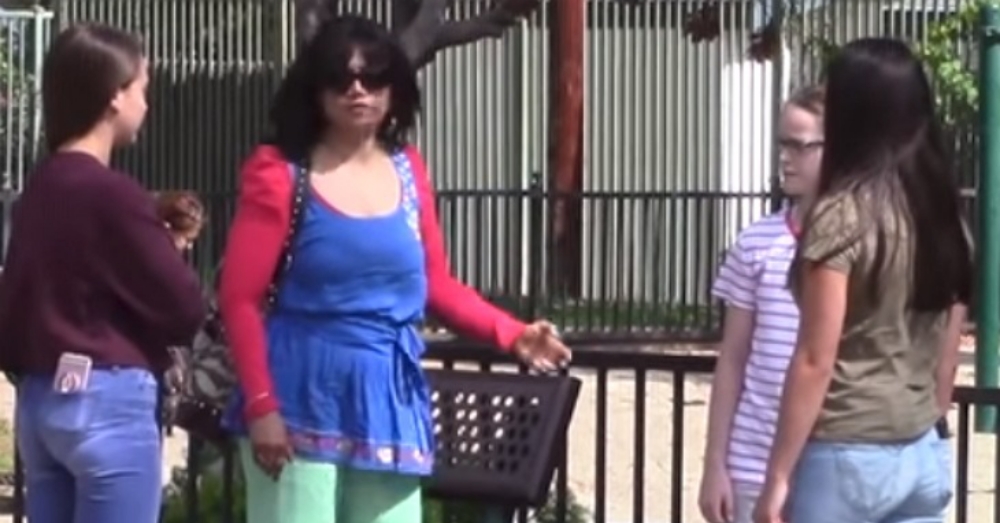 When the scene is replayed in front of a third woman, this bystander also refuses to stand idly by. “What are you doing?” she says. “Would you like it if I threw your stuff on the ground?” she says, demanding the bullies pick everything up, asking the victim if she’s okay, and demanding the bullies leave that park “until you learn some manners.” 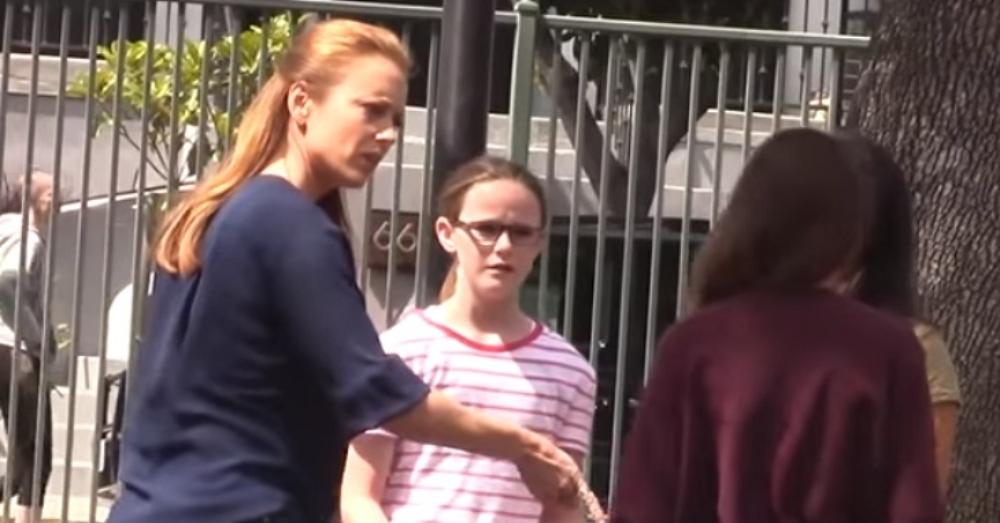 “What would your mother think of this?” she asks. “Would she like you treating people this way? I bet she wouldn’t.”

See how this interesting experiment unfolds in the video below!