Nobody asks to be bullied when they attend school, but it remains an unfortunately common part of many students’ experience. One of those victims, Chadmichael Morrisette, was tormented to such a degree that he fled his hometown of Eagle River, Alaska, immediately after graduation and vowed never to return.

Morrisette eventually moved to Los Angeles to start over, but his junior and high school years still dredged up painful memories. One day, however, one of those bullies unexpectedly reached out over Facebook messenger. “I was shocked, shocked, really shocked,” Morrisette told Inside Edition.

Surprisingly, one of Morrisette’s chief tormentors, Louie Amundson, had grown into a remorseful 35-year-old paper salesman and father hoping to make amends. “I want to apologize,” Amundson wrote. “If we lived in the same state, I would apologize to your face.” 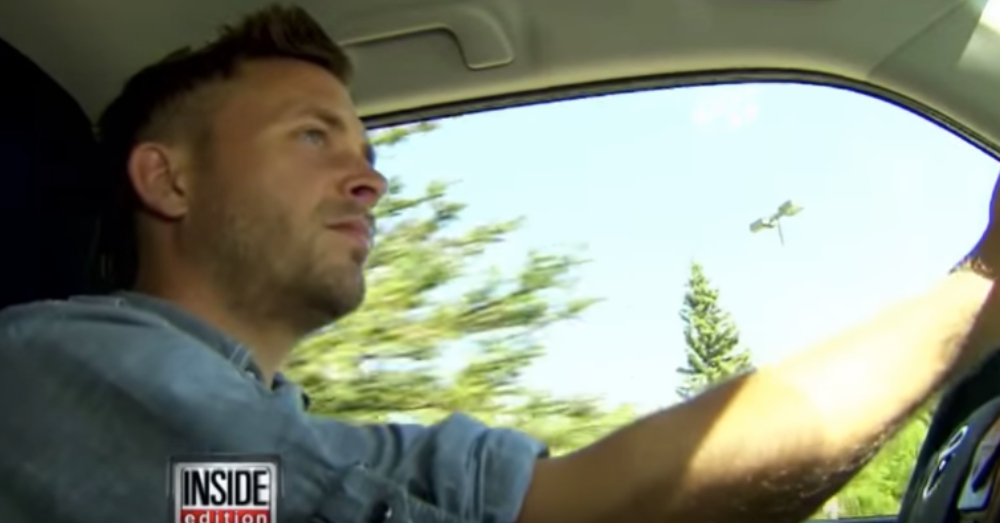 Since graduating high school, Morrisette had never entertained the idea of going back home to Alaska, where continual threats had colored his memories of his home state. Amundson’s surprising missive, however, led him to reconsider visiting the 49th state. Plus, wouldn’t it be nice to see if Amundson really planned to follow through? 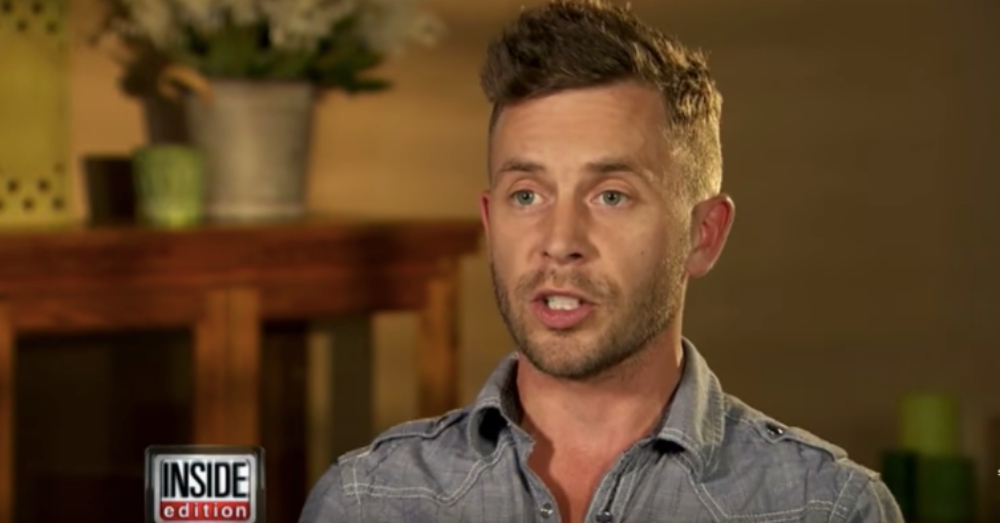 Morrisette accepted Amundson’s offer and made plans to meet at their old junior high school, albeit not without the support of his favorite former teacher, Janet Steinhauser. “She protected me, she fostered my talents, and I wouldn’t be where I am today if it weren’t for her,” Morrisette recalled of his cherished teenage advocate.

Unfortunately, pulling into the old school – where Morissette had been bullied by Amundson daily — was still fraught with emotion, even with Steinhauser in tow. “I feel nervous about pulling up to the junior high,” he confided to Inside Edition. “This wasn’t a fun place.” 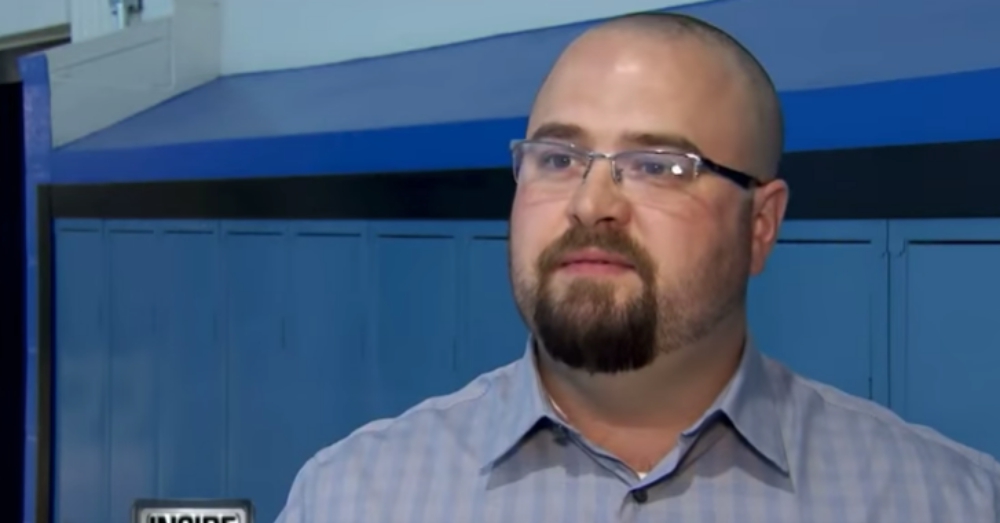 “Entering the hallway was always scary not fun because there would be a big group of guys always gathered here,” he continued. Once again, Amundson was waiting for him in the hallway, but this time — finally — for a much different reason.

“I guess I am just nervous because apologizing face-to-face is a lot harder than sending a message over Facebook,” Amundson admitted, acknowledging that he had picked on Morrisette because it seemed like the easy, cool thing to do. 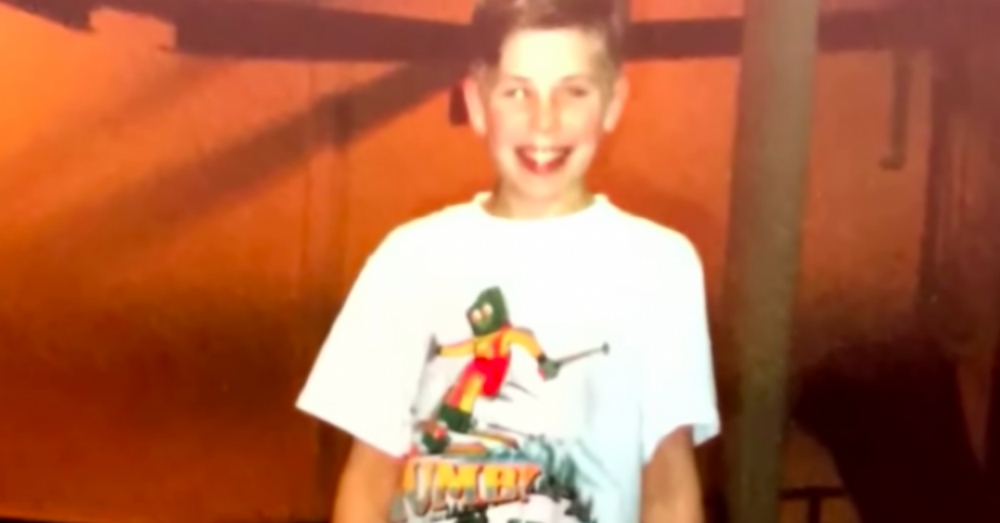 “First things first, I am sorry. I really really, am,” the repentant bully told his one-time target, who responded with a surprising amount of grace. “I believe you. I accept your apology,” the Morrisette said. “I’m sorry goes a long way.”

“Forgiveness does, too,” Amundson agreed.

“To be sitting here and listening to them is very powerful,” said the former teacher, Steinhauser, who was sitting nearby. 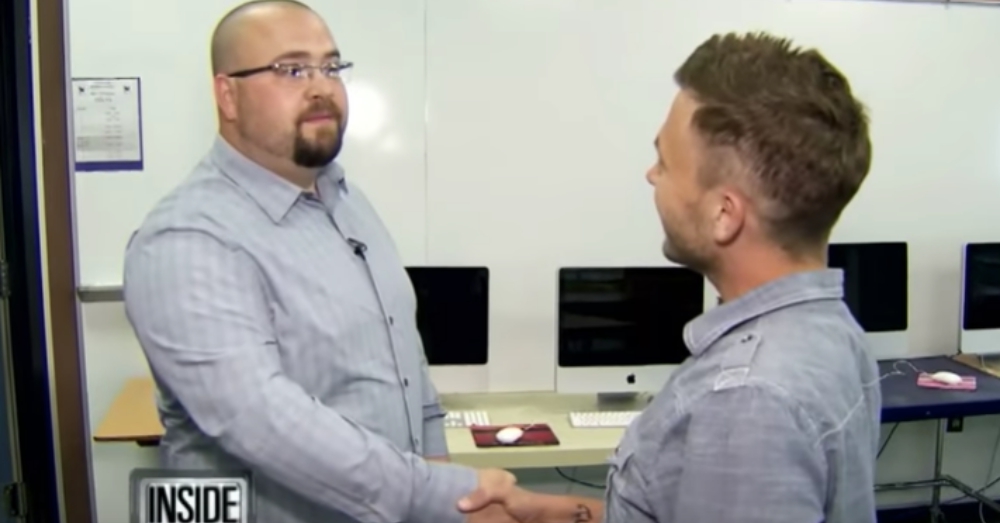 However, not everybody who saw this touching moment online thought Morrisette should have accepted his former bully’s apology so quickly. “You can’t take away one’s childhood and then say sorry expecting everything is okay,” one user wrote.

Others believe this long overdue apology was nevertheless a good starting point. “But it’s a start and goes a long way…” another person wrote. “The victim will get a lot of closure from this and if he can forgive him then he will really be able to let go of the past and grow.”

What do you think? What would you do? Learn more in the video below!