We all remember how difficult it was to head off to school for the first day of the year. It is especially difficult for those with autism, but one young child had help in an unexpected form.

A school resource officer helped to comfort the child when he noticed he was struggling to adjust to his new environment. Now people are applauding him for his show of kindness.

The photo came from a district in East Tennessee and you can see the school resource officer hugging the 11-year-old autistic boy. This level of kindness and compassion is not always seen among those who watch out over the children.

Kadin Templin was at school for the first day of the year. He is a sixth-grade student in Moorestown, Tennessee. Over the course of his short life, he has already had 24 surgeries because of a genetic disorder. He also tends to be larger than other children because of the medication he has to take.

Christina Swartz, his mother, said that others mistake his size and wonder why he is acting like a child. She gets worried about it, especially when it is time to go back to school. “I always worry about kids his age bullying him,” she said. “I mean I’ve heard grown adults say things under their breathe about Kadin.”

It wasn’t just that Kadin was heading off for the first day of school. He was going into middle school so he had to deal with a new environment, new classmates and new teachers. He was attending the same elementary school as his younger sister and she looked after her big brother. Now that he was in middle school, he felt as if he was on his own. 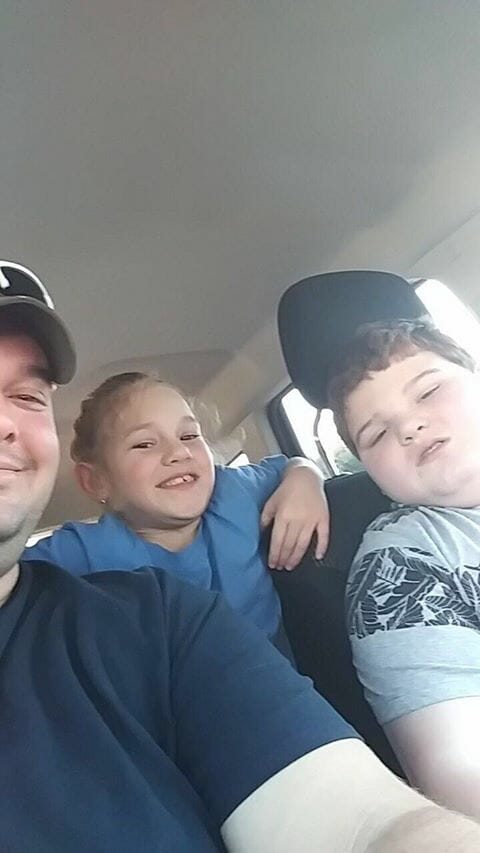 After the picture was posted to the district’s Facebook page, however, her worries started to fade. 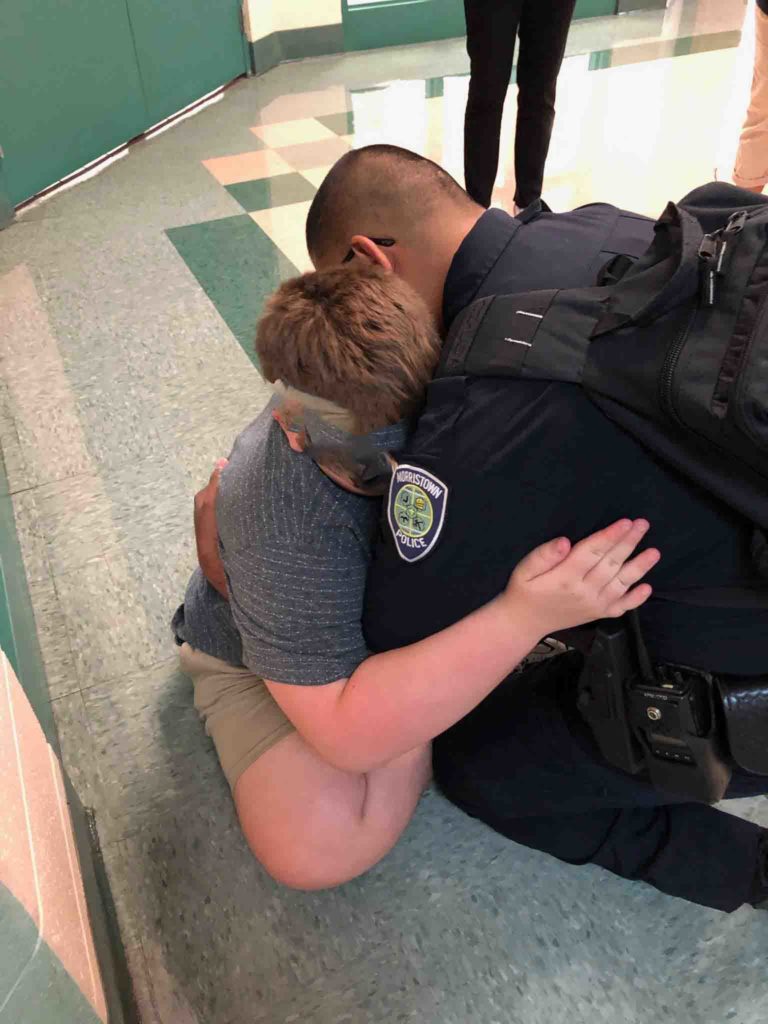 You can see Kadin, although his face is blurred, sitting on the floor with the school resource officer, Julio Ortiz giving him a hug. “Sometimes first days of school are stressful,” the Hamblen County Department of Education wrote. “Thank you for your love and assistance Officer Ortiz.”

When Swartz saw the picture, she admits that she ‘ugly cried’. “To see an adult, a stranger at the time to Kadin, get down on his level and try to be there for him when he felt stressed meant the world to me,” she said.

When Kadin got home that day, he told his mother he made two friends at school, officer Ortiz and a custodian, Mama T. She was grateful for the kindness that Officer Ortiz showed to her son and thanked him by reaching out on Facebook. She also let him know that Kadin considers him his new best friend.

“When I told him what Kadin said about him being his new best friend his exact words were, ‘I’m so excited and honored to be called his friend. This is the things that matter in life. He is special to me the very moment I met him,’” she said. “It really touched my heart someone can be there for him and understand Kadin has such a big loving giving heart!”

Swartz is not as worried about her son now that she knows the staff is looking after him. “What I really hope people take from this photo is … a child with special needs like autism might look like a normal child from the outside,” she said. “And no we don’t want to handicap them. But, they need extra love, attention, and compassion.”

Parents with kids who have special needs can send their children off with less stress when they know compassionate individuals like Officer Ortiz are looking after their kids.